Six-week-old baby girl died after being found wedged between sofa and wall by her heartbroken father, inquest hears

A six-week-old baby girl from Cheshire died after becoming trapped between a sofa and a wall at her home an inquest heard yesterday – but it failed to discover how the tragic accident occurred.

Cassidy Blossom Oakley was found unresponsive and ‘wedged’ against the wall at around 11pm on September 5 2021.

Parents Jacob and Megan Oakley from Runcorn, Cheshire, had been taking turns to watch their baby daughter throughout the night.

But Mr Oakley, who had recently had surgery, accidentally fell asleep before being awoken half an hour later by what he described as a ‘higher power’, The Liverpool Echo reports.

It appears that Cassidy may have fallen from a footstall that she was lying on, as Mr Oakley found her on the floor upon waking.

An inquest in Warrington yesterday heard the parents’ heartbreak over losing their ‘bright, blue-eyed baby girl.’

It heard that Ms Oakley had gone to bed shortly after 9.30pm, after Cassidy fell asleep. She was awoken shortly after 11pm by Mr Oakley, to find that her daughter was not breathing.

The couple performed CPR on Cassidy and she was rushed to Warrington Hospital, but was declared to be ‘brain-dead’ by doctors the following day.

The baby’s life support was later removed, leading to Cassidy passing away peacefully on September 9. 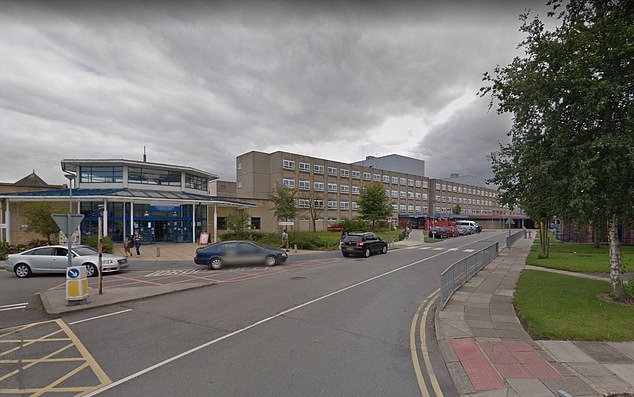 Concerns were raised that there was a failure in communication as ‘human error’ meant CPR advice was given to her parents from call handlers for a young child rather than a baby, the inquest heard.

Mr Oakley said: ‘It’s awful that it’s been (seen as) a learning opportunity when my child had to die.’

Ms Oakley told the inquest there was no way her daughter could have rolled over by herself to fall off the footstool, before it was heard that the six-week-old may have ‘jolted’ herself into tumbling to the ground.

At the hearing yesterday, pathologist Dr George Kokai, who carried out a post-mortem on the youngster, said that the position in which Cassidy was found combined with evidence of bleeding behind her eyes suggested a lack of oxygen.

He gave an initial cause of death as accidental asphyxia due to Cassidy being found wedged between a sofa and a wall, adding there was ‘no pathological explanation for her passing.’

Concerns were raised at the hearing after it was discovered Cassidy had inherited a heart condition which the family say may have contributed to her death.

Dr Kokai told the inquest he had not heard about a heart condition prior to the hearing. It was also said there was no explanation for how Cassidy had been found wedged as she was.

Assistant coroner Heath Westerman concluded that the techniques advised by the ambulance service to commence CPR for a one-to seven-year-old rather than a one- to seven-week-old ‘made no difference’, and everyone else thereafter did their best for an outcome that ‘sadly didn’t materialise’.

He concluded: ‘I can’t speculate as to whether she ended up there by her own movements or those by her father who was asleep next to her.’

It had originally been suggested that Cassidy could have died from ‘accidental overlaying’, which reportedly ‘destroyed’ Mr Oakley’s mental health.

Dad came across police cordon as he walked dog in woods later found out his daughter, 17, had killed herself there

Third Covid wave could start NEXT WEEK but won’t be as bad as January, say Sage