A British Army soldier accused of sexually assaulting a female colleague in her room at Sandhurst following an all-night bender has been cleared of all charges.

Private Craig Gough was said to have attacked the woman at the world-famous military academy after ‘going to see if she wanted sex’ following a boozy night out.

The 36-year-old was accused of telling her ‘Don’t worry, I’m not going to bum you’, during the incident.

However, he told a court martial that he and the woman – who cannot be named for legal reasons – had consensual oral sex, and denied grabbing her by the throat or assaulting her. 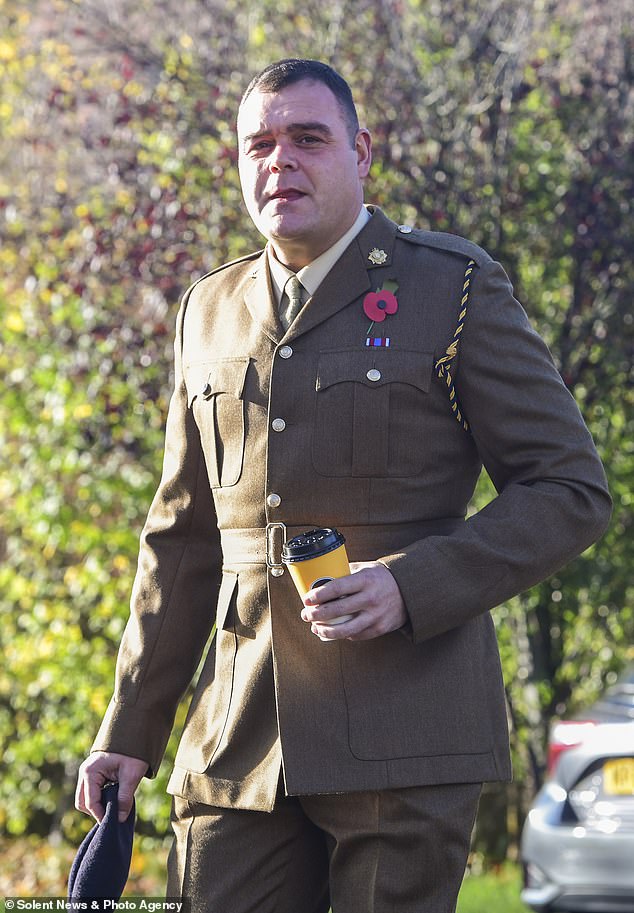 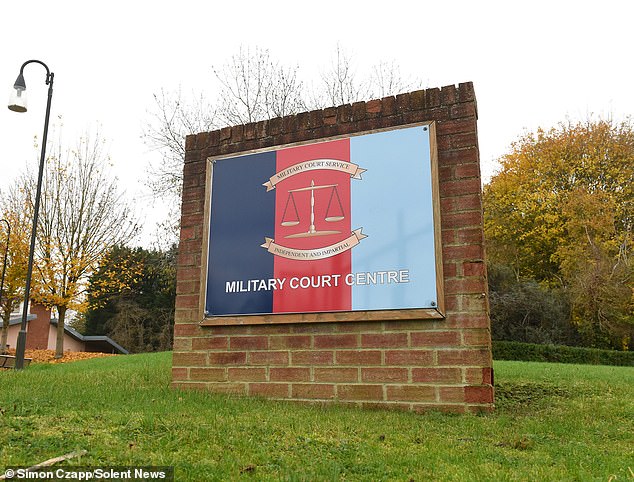 Following a two-day trial, Pte Gough was acquitted of all charges after an hour-and-a-half of deliberation by a panel of army officers.

Bulford Military Court, in Wiltshire, heard the soldier and the woman had gone out with work colleagues to a Wetherspoons and several other pubs and clubs before returning to barracks at around 4am.

Later in the night, Pte Gough, the complainant and another female soldier went to a bedroom where they continued drinking and talking, the court was told.

At 7.30am they went to bed with Pte Gough sleeping in the female soldier’s bedroom while she went to the room of a female friend.

But Pte Gough was then alleged to have brought to woman back to her room before removing her underwear and sexually assaulting her.

William Peters, prosecuting, previously said: ‘When she got into her room she stripped down to her sports bra and pants before getting into bed.

’25 minutes later, [Pte Gough] came into the room and took her back into her own room with him.’

Pte Gough has been cleared of three charges of assault by penetration, sexual assault and battery following a trial at Bulford Military Court, Wiltshire

In a pre-recorded police interview shown during the court martial, the female soldier told the court: ‘[Pte Gough] was kissing and biting the back of my neck.

‘I said no and tried to push him off. He kept saying ‘Don’t worry, I’m not going to bum you.’

The following day, Pte Gough, a member of the Royal Logistic Corps, was quizzed by military police and charged.

The soldier told the police that he went in to see if the woman ‘wanted sex’ but insisted the encounter had been consensual.

The Royal Military Academy Sandhurst is located in Camberley on the Surrey Berkshire border and is where British Army officers are trained.

Both Prince William and Harry, Duke of Sussex attended the academy.

Pte Gough, of the Royal Logistic Corps, was cleared of three charges, assault by penetration, sexual assault and battery.