Another train strike will decimate services on Saturday, ruining the weekend for anyone attempting to travel.

Only about 20% of normal train services will run through the industrial action by workers, Network Rail said.

It came after strikes this morning led to chaotic delays for many workers.

Around half of the network will be closed all day and trains will only operate between 7.30am and 6.30pm.

Passengers are being urged to ‘only travel by train if absolutely necessary’.

More than 40,000 members of the Rail, Maritime and Transport (RMT) union at Network Rail and 15 train operating companies will walk out on Saturday in a row over jobs, pay and conditions.

Services will start later than normal on Sunday morning as workers return to duties. 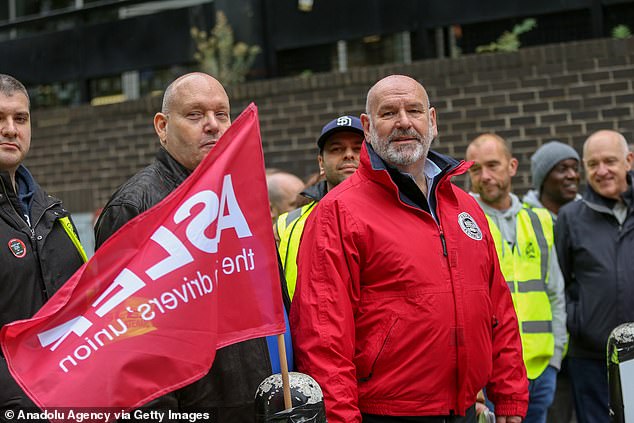 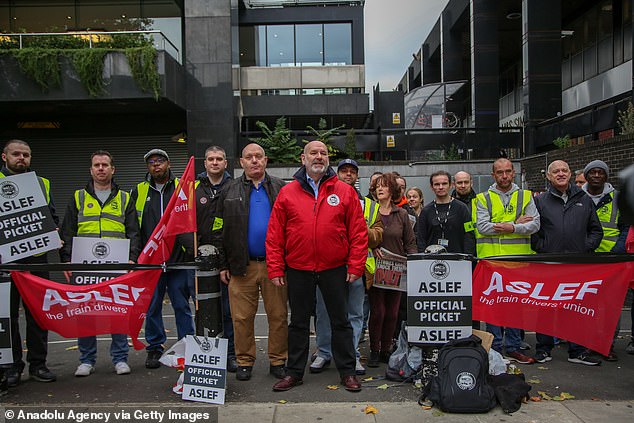 Tim Shoveller, Network Rail’s chief negotiator, said: ‘Despite our best efforts to compromise and find a breakthrough in talks, rail unions remain intent on continuing and co-ordinating their strike action.

‘This means railway staff forgo even more of their pay unnecessarily, passengers’ lives are disrupted once again and the railway’s recovery from the pandemic is further damaged.

‘We’re asking passengers who want to travel this Saturday to only do so if absolutely necessary.

‘Those who must travel should expect disruption and make sure they check when their last train will depart.’

Daniel Mann, director of industry operations at the Rail Delivery Group, which represents rail companies, said: ‘These strikes continue to disrupt leisure travellers, shift workers and undermine the many businesses who are struggling with rising costs and reduced footfall.

‘Further action by the RMT and TSSA (Transport Salaried Staffs’ Association) leadership will only damage the railway’s recovery from the Covid-19 pandemic. 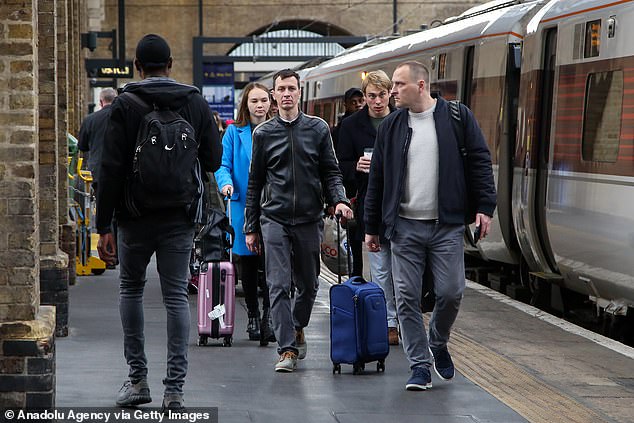 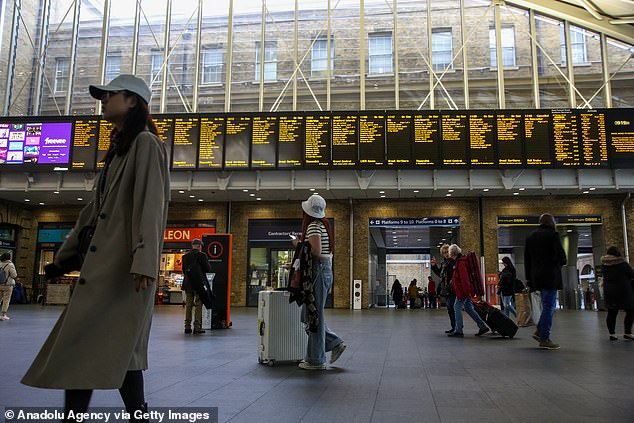 Associated Society of Locomotive Engineers and Firemen (ASLEF) and National Union of Rail, Maritime and Transport Workers (RMT) will cause further chaos on Sunday.

‘We want to give our people a pay rise, but we need the leadership of trade unions to make a commitment to reform, which is how we can improve services and deliver a fair deal for our people, passengers and for taxpayers.’

Passengers are advised to check National Rail Enquiries or their train operator’s website for updates.

People with a ticket for Saturday whose journey is cancelled or rescheduled are entitled to a refund.

Alternatively, they can travel either on Friday or another day up to and including Tuesday October 11.

Season ticket holders are entitled to compensation through the delay repay scheme.

It comes as it was revealed Network Rail’s striking maintenance staff earn nearly a fifth more than workers doing comparable roles, according to analysis.

Rail regulator the Office of Rail and Road commissioned independent consultants to establish whether employment costs for more than 64,000 railway workers are higher or lower than ‘market comparators’.

The study found that total reward – which includes pension costs and other measurable benefits – for maintenance workers at Network Rail is ‘18% above the market median’.

The analysis also found that station staff employed by train operators are paid ‘12% above market median’.

Total reward for Network Rail workers who are not maintenance staff is ‘largely within market rates’, while operational management at train companies are paid 11% below those in comparable roles.

Andrew Haines, Network Rail chief executive, said: ‘Our staff play a vital role delivering services for millions of passengers and, as the ORR’s report found, we provide a competitive package in line with market rates to reward and attract the best talent.

‘As a public sector body, we balance this with the need to spend public money sensibly.’

The Government’s Williams-Shapps Plan for Rail published in May last year asked the ORR to commission the study.

It is the first time such analysis has taken place.

Will Godfrey, the ORR’s director of economics, finance and markets, said the report is ‘a good first step in improving transparency’.

He went on: ‘The complexity of rail pay arrangements can make it difficult for companies to produce data and to also make comparisons on a consistent basis.

‘Particularly when the study depends on being able to find suitable comparators for rail jobs, which is easier for some types of jobs than others.

‘The findings have identified areas where train operating companies and Network Rail can undertake further analysis of pay structures.

‘We will now consider in consultation with industry the scope to update and refine this dataset.’

Harry's friend claims parting shot was 'taken out of context'