LeBron James tweeted on Wednesday that “there is no place in this league” for Phoenix Suns owner Robert Sarver.

Hours later, the Suns’ most prominent player joined the call in criticizing the NBA’s punishment after a league investigation determined that Sarver repeatedly engaged in lewd, racist and sexist behavior in his capacity as team owner.

Chris Paul stopped short of calling for Sarver’s ouster. But he tweeted that the NBA’s punishment of a one-year ban from the league and $10 million fine “fell short.”

I am of the view that the sanctions fell short in truly addressing what we can all agree was atrocious behavior. My heart goes out to all of the people that were affected.

“Like many others, I reviewed the report. I was and am horrified and disappointed by what I read,” Paul’s statement reads. “This conduct especially towards women is unacceptable and must never be repeated.

“I am of the view that the sanctions fell short in truly addressing what we can all agree was atrocious behavior. My heart goes out to all of the people that were affected.”

Paul is a 17-year NBA veteran with 12 All-Star selections. He spent eight seasons as the president of the National Basketball Player’s Association before declining to run for a third term in 2021. Sarver signs his paychecks. His and James’ are arguably the two most powerful player voices possible to criticize the NBA’s punishment of Sarver. But they’re not alone. 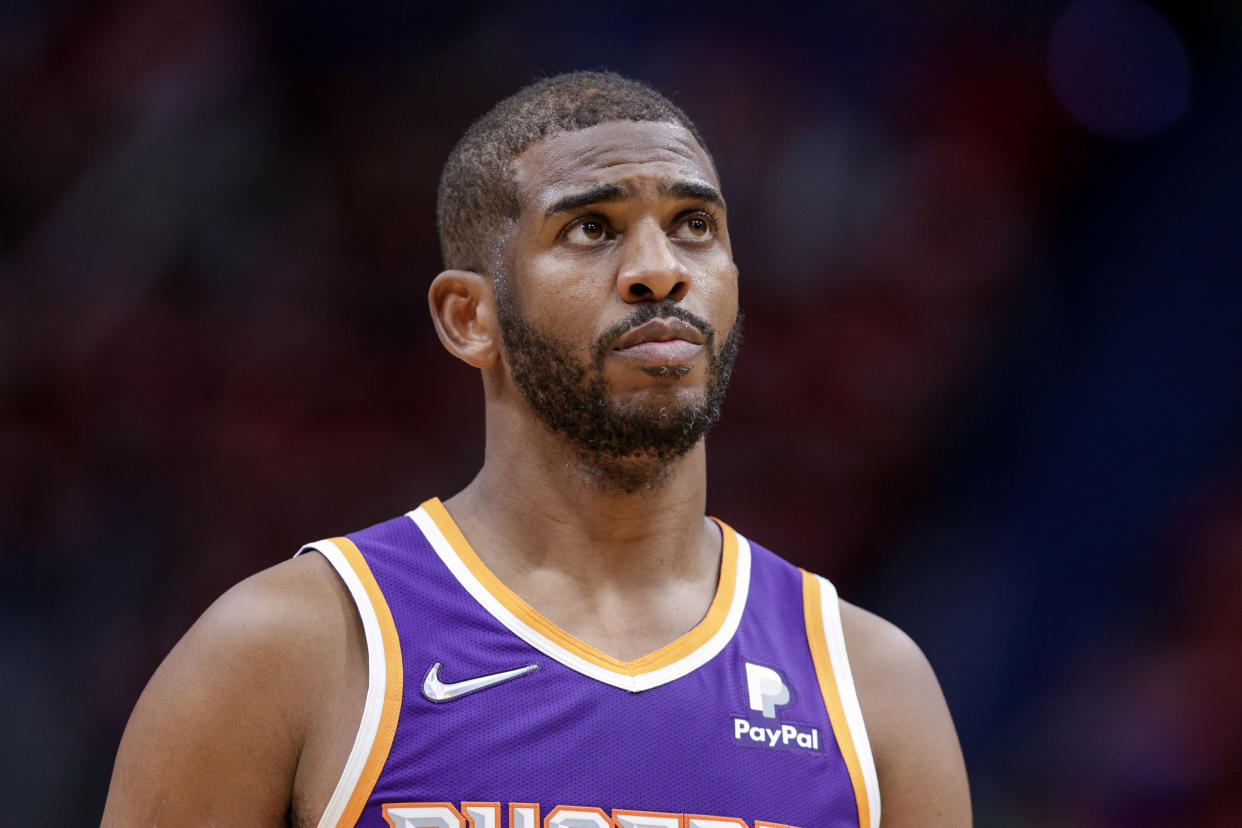 LeBron James, NBPA call for Sarver’s ouster from the NBA

NBPA executive director Tamika Tremaglio wrote in a statement on Wednesday that Sarver “should never hold a managerial position within our league again.”

“Mr. Sarver’s reported actions and conduct are horrible and have no place in our sport or any workplace for that matter.

“Additionally, the investigation confirmed that Mr. Sarver’s deplorable behavior did not just come to light in November 2021. In fact, the report indicated Mr Sarver’s long history of inappropriate conduct, including racial and gender insensitivity, misogyny and harassment. All issues that led to a toxic work environment for well over a decade.

“I have made my position known to Adam Silver regarding my thoughts on the extent of the punishment, and strongly believe that Mr. Sarver should never hold a managerial position within our league again.”

Her statement echoed James, who wrote that “there is no place for misogyny, sexism, and racism in any workplace.”

behavior. I love this league and I deeply respect our leadership. But this isn’t right. There is no place for misogyny, sexism, and racism in any work place. Don’t matter if you own the team or play for the team. We hold our league up as an example of our values and this aint it.

What Sarver did, per NBA investigation

Among the transgressions that the NBA investigation determined Sarver committed include the known use of the N-word at least five times while purporting to repeat what a Black person said. The league also determined that Sarver exposed his genitals to a male employee who was on his knees during a fitness check even though “past experience would have taught Sarver that dropping his underwear was unnecessary for the fitness check.”

Per the league’s 43-page report, Sarver also made “joking references to procuring women for NBA players to have sex with,” commented “about female employees’ sexual orientation and same-sex relationships that witnesses reasonably perceived as offensive” and asked a female employee “Did you get an upgrade this summer?” after she underwent breast augmentation.

Per the report, Sarver also pulled down a male employee’s shorts in front of a crowd of other employees and made workplace comments about the “weight, bodies, or attractiveness of female employees and other women,” among other transgressions.

Sarver wrote in a statement in response that “I accept the consequences of the NBA’s decision.”

“While I disagree with some of the particulars of the NBA’s report, I would like to apologize for my words and actions that offended our employees,” Sarver’s statement reads. “I take full responsibility for what I have done. I am sorry for causing this pain, and these errors in judgment are not consistent with my personal philosophy or my values.”

Paul previously took a stance against former Los Angeles Clippers owner Donald Sterling when he played for the team. He considered a boycott and told ESPN during the 2014 offseason that it would be “unacceptable” for Sterling to remain the team’s owner at the start of the season following his lifetime ban from the NBA for using racist language. The sale of the franchise to current owner Steve Ballmer had not yet been completed.

Critics of Sarver’s one-year suspension point to to Sterling’s lifetime ban as precedent for the league to strip Sarver of his ownership. NBA commissioner Adam Silver addressed the league’s decision on Wednesday while noting that Sterling’s comments were heard publicly via audio recording. Sarver’s comments were not.

“The situations were dramatically different,” Silver told reporters. “I think what we saw in the case of Donald Sterling was blatant racist conduct directed at a select group of people. While, it’s difficult to know what is in someone’s heart or in their mind, we heard those words and then there was a follow-up from the league office and that became public as well in terms of what Mr. Sterling even subsequently said about his actions.

“In the case of Robert Sarver, we’re looking at the totality of circumstances over an 18-year period in which he’s owned these teams. Ultimately, I made a judgment that in the circumstances in which he had used that language and that behavior while, as I said it was indefensible, it’s not strong enough. It’s beyond the pale in every possible way to use language and behave that way, but that it was was wholly of a different kind than what we saw in that earlier case.”

Works of art or monuments to ego? Rock-stacking stirs debate