Off their trolleys! Drug dealers deliver £68MILLION of cocaine to Czech supermarkets in banana shipments by mistake

Supermarket staff have discovered millions of pounds worth of cocaine stashed inside boxes of bananas.

Astonished employees at shops in Czech Republic found huge blocks of the illegal drug within the fruit boxes – believed to have been shipped from central America.

A total of 840kg worth of cocaine – said to be worth in the region of £68million – was discovered in the banana shipments.

The boxes had been sent to stores in the towns of Jicin and Rychnov nad Kneznou, in the northern region of the Czech Republic, supposedly by mistake.

Officers are now searching other stores in the country where banana boxes from the same shipment were delivered. 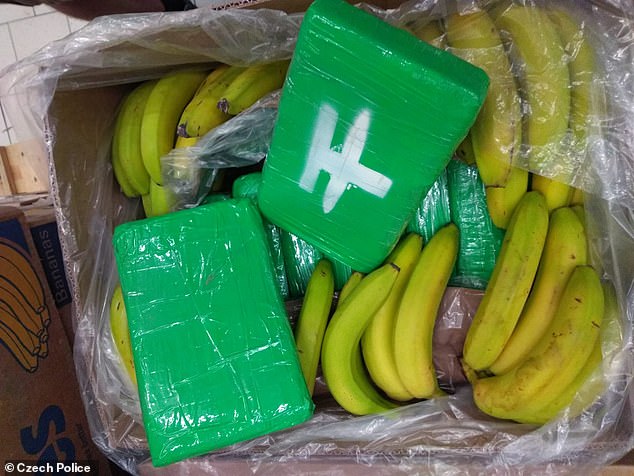 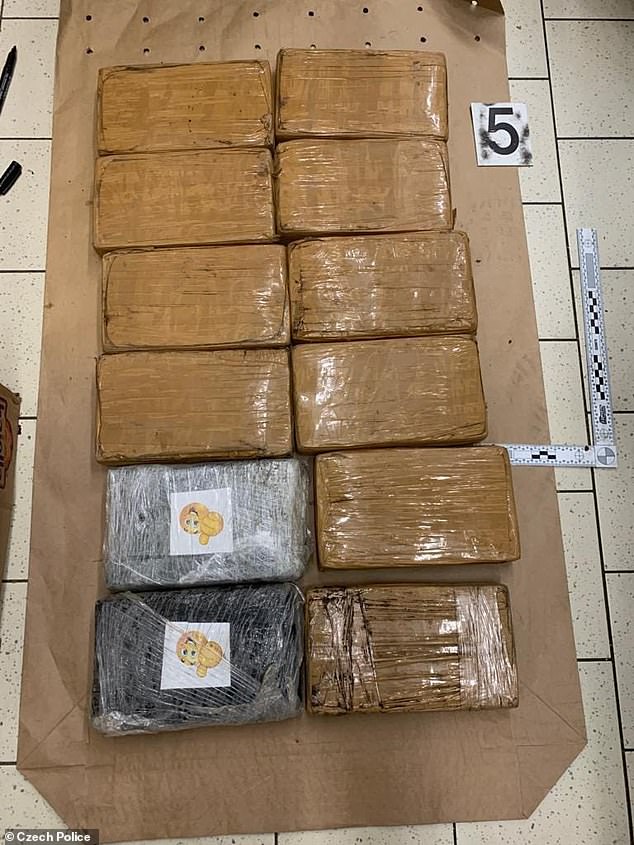 The boxes had been shipped to stores in the towns of Jicin and Rychnov nad Kneznou, in the northern region of the Czech Republic. Pictured: The packets of cocaine that were seized

Police said they were cooperating on the case with their counterparts from other unspecified countries.

The street value of the drug is estimated to be more than 2 billion Czech crowns.

‘Supermarket workers found moulded cocaine cubes in boxes with bananas this afternoon,’ the police said on Twitter, where it also posted pictures of some of the seized cocaine.

‘The information about the shipment leads outside the Czech Republic, therefore we will use international police and justice cooperation,’ the police said, without further details. 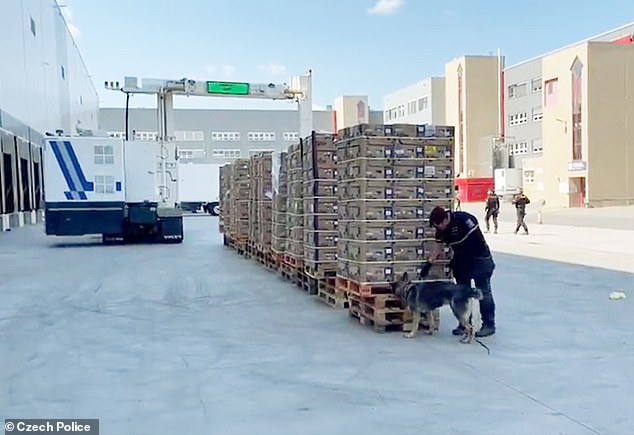 Jakub Frydrych, the head of the police anti-narcotics unit, told the Czech public radio the cocaine likely originated in Central America. Pictured: A drug dog inspects shipments at a port

In a similar case in 2015, over 100 kilograms (220 pounds) of cocaine was discovered in a Prague supermarket.

In 1999, police seized 117 kilograms (258 pounds) of cocaine in a warehouse north of Prague packed among dry fruit.

At least 53 'migrants' killed and 21 injured in truck accident