Taliban fighters pose wearing heavy make-up and holding hands, despite a ban on photography under the regime, in rare photos set to go on display at the Barbican.

The bizarre Warholesque images were uncovered in Kandahar, Afghanistan, at the height of the war in 2002 by German photographer Thomas Dworzak.

Shortly after the terrorists were ousted by US forces, Mr Dworzak visited the Photo Shah Shop in the city where terrorists would pay for the retouched studio pictures.

Their faces painted alabaster white, interlocking fingers and posing with guns in front of backdrops of the Swiss Alps, the men paid for the photos in secret. 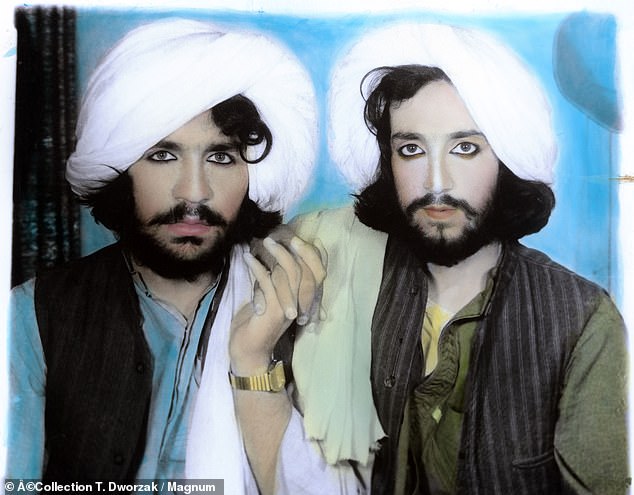 Two Taliban fighters pose in heavy white make-up, their hands interlocking before a vivid blue Warholesque backdrop, recovered from a studio in Kandahar in 2002 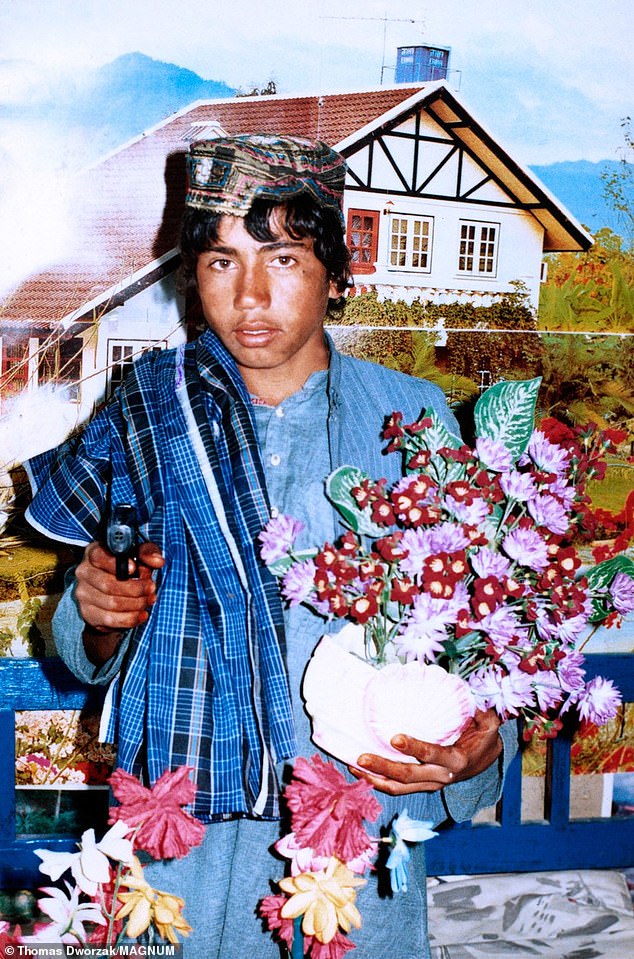 Another photograph shows a young fighter posing before a Swiss chalet, with a bowl of flowers in one hand and a gun in the other

Said Kamal, the photographer from whom Mr Dworzak obtained the images for the New Yorker, described how soldiers visited him for a ‘flattering portrait … secretly taken in the back room of the studio and decorated.’

Mr Kamal would add vivid glows to their white turbans in the light-room, and as well as the Swiss Alps, for other images he would create bright primary colour backgrounds.

Despite a ban on photography under the Taliban’s reign of terror, a few photo studios remained open for essential services such as for identification cards and passports.

When Mr Kamal sold the photos to Mr Dworzak he had little reservations about doing so, telling him ‘most of them are dead anyway.’

Many of the fighters died during America’s bombing of the city or fled before having a chance to pick up their pictures. 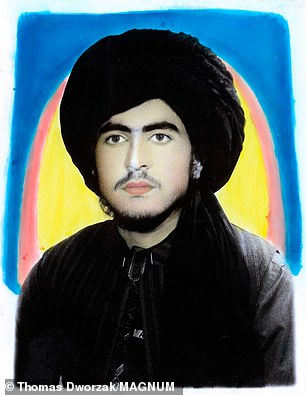 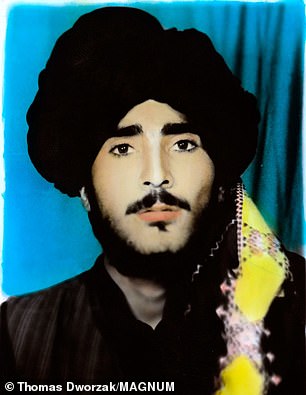 Said Kamal, the photographer from whom Mr Dworzak obtained the images, would add effects afterwards, including vivid backgrounds

Barbican curator Alona Pardo told The Guardian: ‘These are not constructed photographs, these men have chosen to have the photographs made and present themselves to camera like that. It just shows you the agency of images to destabilise our perceptions.’

Mr Dworzak told the paper he found the photos ‘incredibly touching,’ despite the ruthless hypocrisy they represent.

‘I’m almost envious of the photographer that they could take these portraits of these guys,’ he said. ‘The Taliban then were the absolute personification of evil and you have them holding hands with plastic flowers. It is very confusing but I like that.

The Barbican say of their Masculinity exhibition: ‘In the wake of #MeToo the image of masculinity has come into sharper focus, with ideas of toxic and fragile masculinity permeating today’s society.

‘This exhibition charts the often complex and sometimes contradictory representations of masculinities, and how they have developed and evolved over time.’ 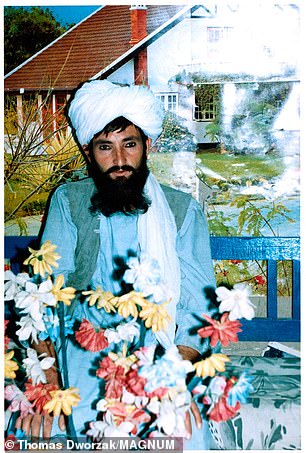 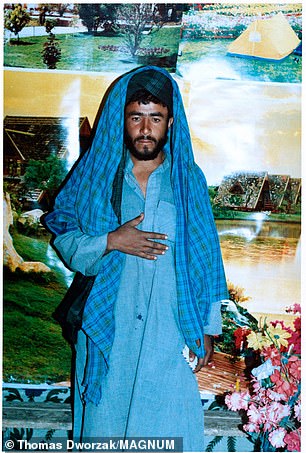 Barbican curator Alona Pardo said: ‘These are not constructed photographs, these men have chosen to have the photographs made and present themselves to camera like that. It just shows you the agency of images to destabilise our perceptions.’ 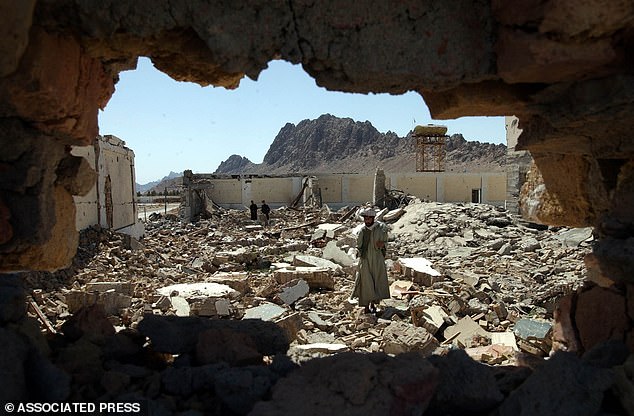 An anti-Taliban soldiers walks through rubble created by US bombing, near the residence of former Taliban leader Mullah Umar near Kandahar, Afghanistan, Monday April 15, 2002 – under Umar’s regime the taking of photos was banned 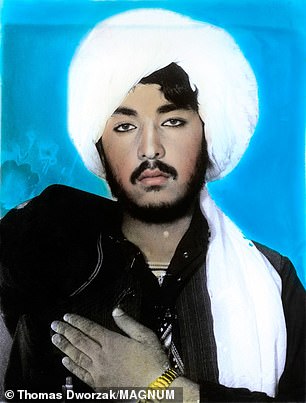 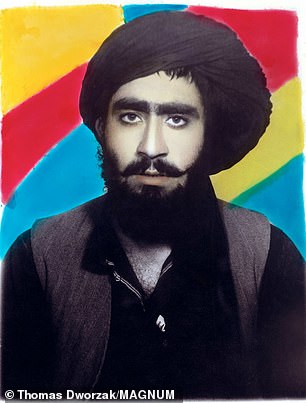 It will feature work from 50 photographers and filmmakers, including Laurie Anderson, Sunil Gupta, Rotimi Fani-Kayode, Isaac Julien and Catherine Opie.

The exhibition will run from February 20 to May 17 at the Barbican Centre, Silk Street, EC2.

China’s cyberattacks should make it a trade pariah

Seahawks' Kemah Siverand cut after caught sneaking female in hotel, attempted to 'disguise her as a player': report