Texas mom, 29, stands trial ‘for murdering pregnant friend, 21, and her unborn baby by cutting fetus from victim’s womb: Killer lied to broody boyfriend that she was expecting’

A Texas mom faked a pregnancy, then murdered her pregnant friend and cut the fetus from the victim’s womb to try and pass it off as her own, a court heard.

Parker, who also goes by the surnames Morton and Griffin, pleaded not guilty to capital murder and kidnapping, as well as non-capital murder in connection with the baby. Her trial began Monday, and she could face the death penalty or life in prison without parole if she is convicted of capital murder.

Authorities believe that Parker was so terrified of losing her boyfriend Wade Griffin that she faked a pregnancy for nearly 10 months.

She is a mom of two, but had undergone hysterectomy surgery, meaning she was unable to have further children.

She is accused of faking ultrasounds as well as having a gender reveal party and posting on social media about her false pregnancy while searching for a victim. 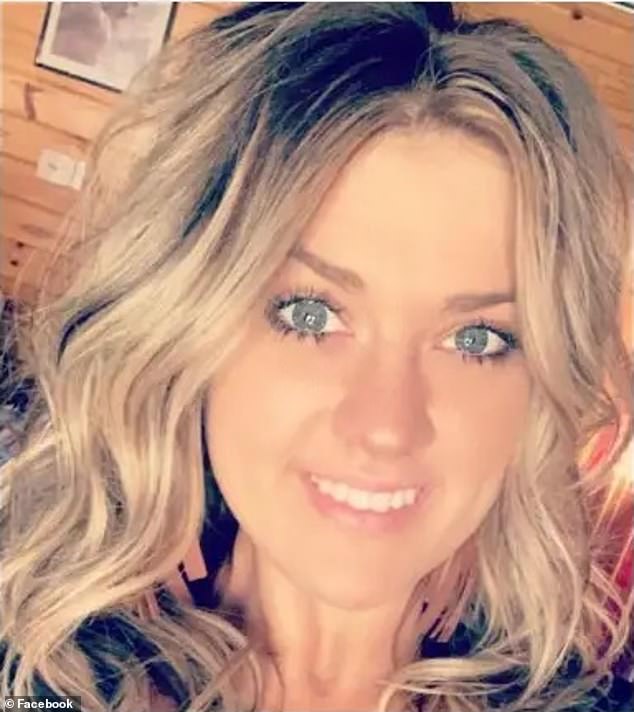 Taylor Parker, 29, (pictured) has denied murdering her friend Regan Simmons-Hancock and her unborn child in October 2020. She could face the death penalty or life in prison without parole if she is convicted of capital murder 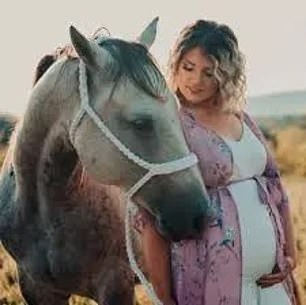 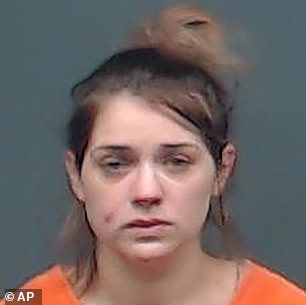 Parker, a mother-of-two, underwent a hysterectomy so was unable to have any more children but went on to fake that she had conceived over fears Griffin would break up with her 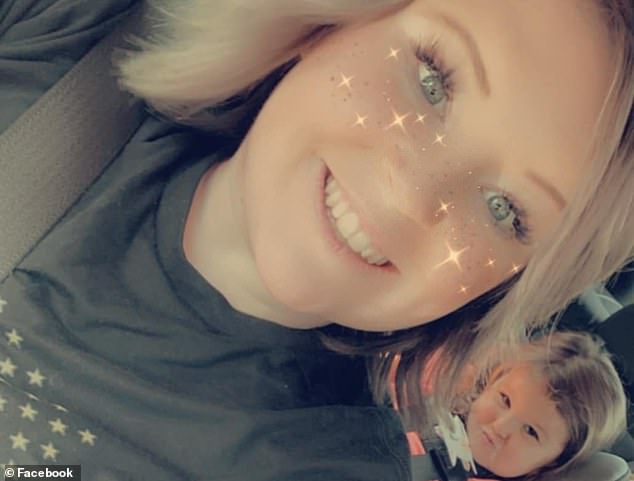 Regan Simmons-Hancock, 21, was killed by Parker after befriending her with prosecutors saying that the ‘layers of fraud are staggering’ 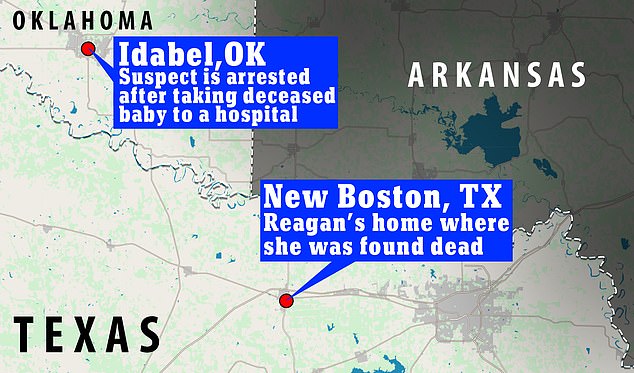 Assistant District Attorney Kelley Crisp told the Bowie County jury that Parker was an ‘actress of the highest order’ while opening the case on Monday. 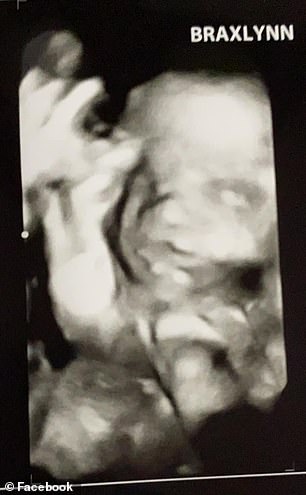 Parker cut out Regans baby, called Braxlynn Sage, after killing her mother by stabbing her with a scalpel and crushing her skull with a hammer

She said: ‘The lies and fraud go on and on; the layers of fraud are staggering. You are going to have to understand the fraud to understand what happened on Oct. 9.

‘This started months and months ahead of time until it passed the point of no return, and it ended up in homicide.’

Parker is accused of leaving Regan, who she was friends with, to die in front of her three-year-old daughter.

She stabbed and cut Regan, who was 34 weeks pregnant with Braxlynn Sage, more than 100 times and crushed her skull with a hammer, before using a scalpel to remove the baby.

Prosecutors claim that she drove alone with the baby in her lap and put the placenta in her own trousers to make it appear as though she had given birth as the umbilical cord was still attached.

Parker was stopped by a state trooper at around 9.37am and could be seen performing CPR on the infant before being transported to a hospital.

Reagan’s mother had called 911 just minutes before Parker was pulled over after finding her daughter on the ground with a ‘large abundance’ of blood.

It covered the floor, furniture, walls, appliances and other items in the home, with emergency services seeing a large cut across Regan’s abdomen.

When she was interviewed by officers, Parker admitted that she had not given birth to the infant and said she had assaulted Reagan before abducting the child.

Parker told her then-boyfriend Wade Griffin she had been due to be induced to have their child on the day of the murder.

Griffin told officers that he was scheduled to meet her at the hospital for the birth of their child around lunch time.

Witnesses also claimed that Parker had offered $100,000 for a surrogate mother after lying to Griffin about her pregnancy.

Defense attorney Jeff Harrelson asked the six male and six female jurors not to fall prey to their emotions and to keep an open mind.

He said: ‘It’s a complicated case, factually and emotionally. The law is the lens and filter you must view these facts through. Sometimes it’s not black and white but a shade of gray.’