Richard Weston, the head of the national peak body for First Nations children, has been appointed the NSW deputy guardian for Aboriginal children and young people under government reforms to reduce the stark over-representation of Indigenous children in state care.

The position was created in response to the Family is Culture report, which last year made 125 recommendations to reform every cog of a child protection system that had “failed Aboriginal families” in NSW. 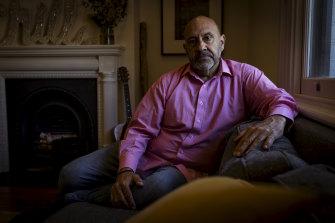 Richard Weston has been appointed NSW deputy children’s guardian as part of several child protection reforms to improve oversight and accountability within the sector.Credit:Chris Hopkins

First Nations children account for around 40 per cent of all children and young people in out-of-home-care across the state.

Mr Weston, 60, said he was determined to bring those numbers down within his five-year term by focussing on early intervention and ensuring Aboriginal families are involved in making decisions about their children's wellbeing.

He hopes to contribute to a national drop in numbers in line with the revamped Closing the Gap agreement, unveiled in July, which included a new target to reduce the national over-representation of Indigenous children in state care by 45 per cent by 2031 – or 5 per cent each year.

"I see this role, hopefully, being part of this reform and resetting the relationship with Aboriginal and Torres Strait Islander people so the Aboriginal community has more control over its destiny," he said.

But there are concerns the deputy guardian role may fall short of the "urgent systemic reforms" that child advocacy groups are demanding – such as a dedicated Aboriginal children's commissioner in each state and territory, for which Mr Weston's organisation, the Secretariat of National Aboriginal and Islander Child Care (SNAICC), has been advocating for years.

"I think the [Indigenous] community probably wouldn't be satisfied with what the position can do, but I guess I have a responsibility to push that envelope as far as I can within the scope of the role," Mr Weston said.

The deputy guardian position sits within the Office of the Children's Guardian, an independent statutory body. Mr Weston will be responsible for overseeing out-of-home-care regulation, including the development and delivery of policy, programs and services that affect Aboriginal people.

The Meriam man is originally from the Torres Strait islands, but grew up on the mainland, working in nearly every state and territory. He spent nine years supporting stolen generations survivors as head of the Healing Foundation, before becoming chief executive of SNAICC in 2019. 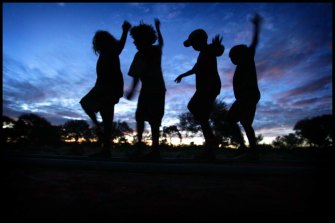 Aboriginal children make up 40 per cent of all children in out-of-home care in NSW.Credit:Angela Wylie

Mr Weston said the ongoing removal of Indigenous children from their families into state care, often with non-Indigenous foster carers, amounted to a continuation of the stolen generations.

“The stolen generations era officially ended in the early 1970s, but the reality for Aboriginal and Torres Strait Islander people across the country is that the removal of children has continued – it's just come in another form and falls under this broad term of child protection," he said.

“What happened to the stolen generations is going to happen to the children who are in out-of-home-care now who are being disconnected from their culture, disconnected from families, taken out of their kinship structures and having their identities challenged.”

Mr Weston said he would use his role to ensure the system adhered to the Aboriginal child placement principles, whereby Indigenous children are placed with family or Indigenous carers wherever possible to maintain their connection to culture.

He currently lives in Melbourne, but plans to relocate to NSW upon commencing the role, likely in January.