Moira Waye has had some lovely messages of thanks after packing off more than 5000 hampers of donated groceries and animal feed for farmers in the last four years.

But one particular case moved her to tears. A volunteer hamper driver arrived at a farm just as the farmer was about to end his life. 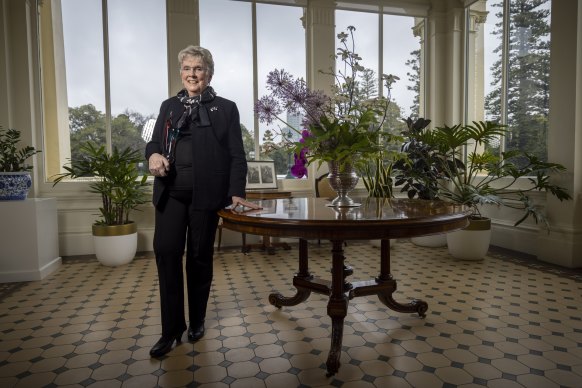 Moira Waye is the Victorian Senior of the Year. Credit:Wayne Taylor

The farmer explained that he worked from morning to night but could not feed his family. The driver told Waye the farmer “burst into tears” when he was shown the donated goods.

For her unpaid work in 16 years as volunteer president of the Neighbourhood House in the small town of Pyalong, north of Melbourne, 83-year-old Waye has been named 2022 Victorian Senior of the Year.

Waye said she was thrilled to get the award but said it was also a recognition for her team of 20 volunteers, plus drivers and donors of goods.

“I’m the figurehead,” she said. “What motivates me is people. You can see the good that a few people can make in other people’s lives.” 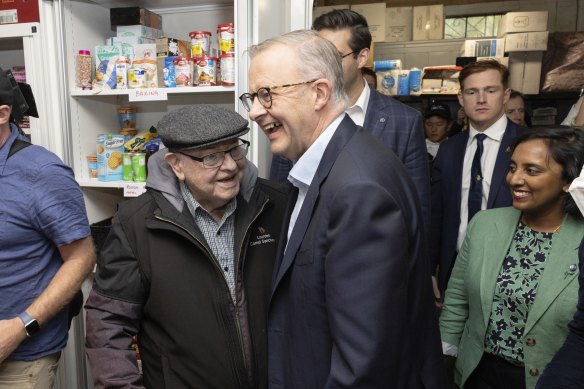 Governor Linda Dessau and Minister for Ageing Colin Brooks officiated as dozens of other seniors awards were given out at a Government House ceremony on Wednesday.

Recipients included Father Bob Maguire, 87, who won the Ageing Well Award for his work for the disadvantaged; Diana Collier, 98, who won the Healthy and Active Living Award for her work in Bendigo for Aboriginal reconciliation; and Marie Pietersz, 72, of Camberwell, who won the Promotion of Multiculturalism award for running dance classes for seniors.

“Every day of her life she is doing something to help or advocate for the community,” Stone said. 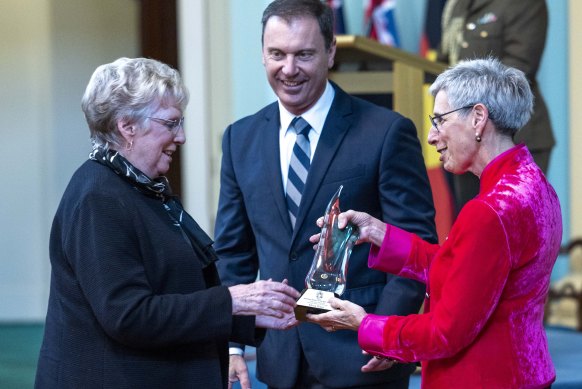 Waye said the Neighbourhood House opened an op shop where customers who can’t afford to buy clothes get them for free. Volunteers cook sausage rolls, jams and soups to give out.

At the peak of the hamper program, run with charity Need for Feed, Waye was packing 60 to 80 hampers a fortnight.

She would include a letter saying “we’re friends that haven’t met”, including her phone number.

Waye, who migrated from England with her husband David in 1960, has three children and five grandchildren. A fourth child, a son, died aged eight from leukemia.

She first volunteered at Pyalong Neighbourhood house two days a week, 16 years ago. Within three months, she became its president.

She officially volunteers there, unpaid, five days a week, but also often out of hours.

If someone’s house burns down, she’ll delve into the house’s emergency cupboard and gives out sheets, towels, crockery and cutlery.

“At the moment we’ve got furniture to give to the flood victims in Seymour,” Waye said. “We’re there to help the community in whatever capacity we can.”

Chinese officials give residents cash if they kill stray dogs

Officials confirm two case of the deadly illness in Italy