Reggie Miller called out players for their lack of response to Kyrie Irving and his antisemitic comments made on social media.

Last week, Irving tweeted a link to the film “Hebrews to Negroes: Wake up Black America,” seemingly promoting its antisemitism and disinformation.

“In years past, this league has been great because the players have led the way and they have strong voices,” said Miller. “When (former Los Angeles Clippers owner) Donald Sterling stepped in it, when (Phoenix Suns owner) Robert Sarver just recently stepped in it, our voices in the basketball community and our players were vocally strong in some type of discipline being handed down – or be gone.

“The players have dropped the ball on this case when it’s been one of their own. It’s been crickets.”

OPINION: Black athletes and my community’s blind spot when it comes to antisemitism 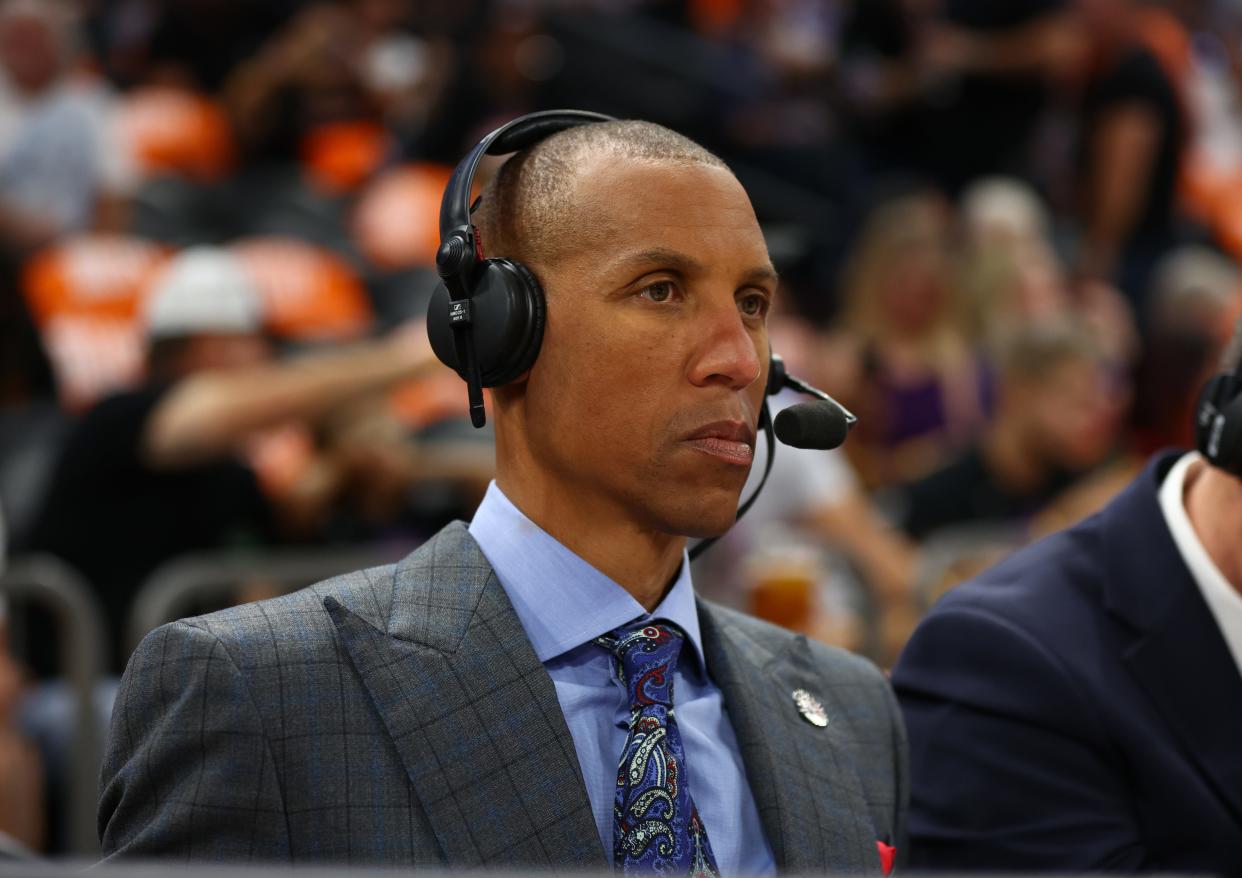 The NBA Players Association, which Irving currently serves as vice president of the executive committee, released a statement on Monday but did not include Irving by name.

“Anti-Semitism has no place in our society,” the statement said. “The NBPA is focused on creating an environment where everyone is accepted. We are committed to helping players fully understand that certain words can lead to hateful ideologies being spread. We will continue to work on identifying and combating all hate speech whenever it arises.”

Miller continued his thoughts with disappointment that players haven’t called out one of their own.

“It’s disappointing, because this league has been built on the shoulders of the players being advocates,” Miller said. “Right is right and wrong is wrong. And if you’re gonna call out owners, and rightfully so, then you’ve got to call out players as well. You can’t go silent in terms of this for Kyrie Irving. I want to hear the players and their strong opinions as well, just as we heard about Robert Sarver and Donald Sterling.”

During TNT’s broadcast, basketball Hall of Famer Charles Barkley expressed his dismay with Irving ahead of the game.

“I think he (Irving) should have been suspended. I think Adam (Silver, the league commissioner) should have suspended him,” Barkley said. “First of all, Adam is Jewish. You can’t take my $40 million (Irving’s reported salary) and insult my religion.”

Shaquille O’Neal also called Irving out, stating he’s an “idiot” for causing division within the game.

“The game we used to love, and we promote it brings people together,” O’Neal said. “And it hurts me sometimes when we have to sit up here to talk about stuff that divides the game. Now we got to answer for what this idiot has done.”

Rayshard Brooks’ funeral to be held in Atlanta today