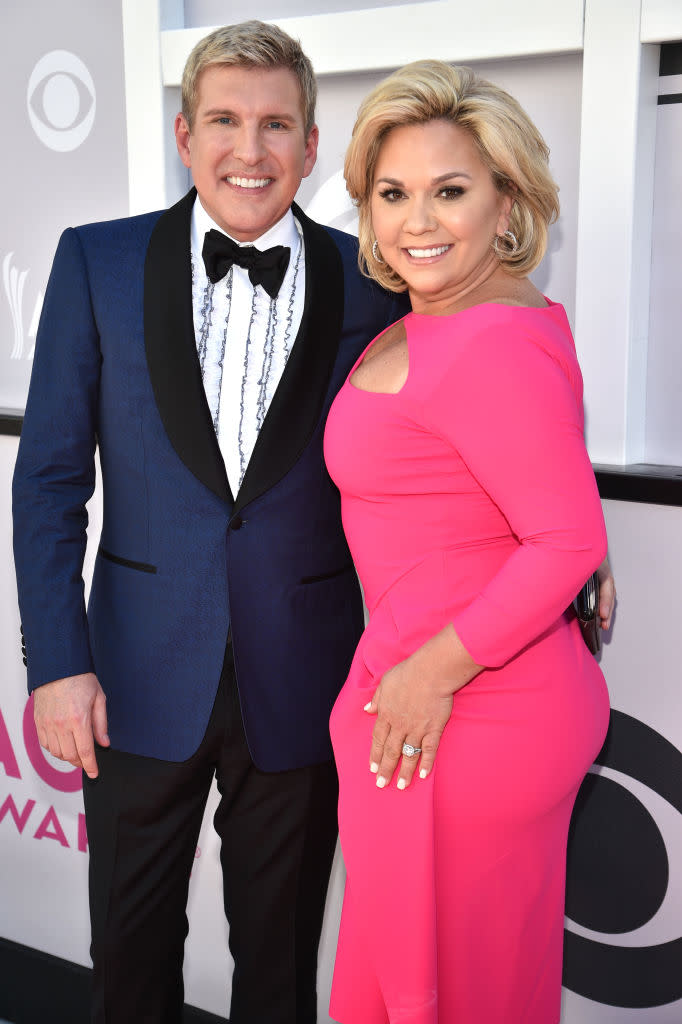 Todd Chrisley and wife Julie will begin their 2023 serving their time for bank fraud and tax evasion in separate Florida prisons.

The Chrisley Knows Best stars have been ordered to report to federal facilities by noon on Jan. 17, according to CBS News, who obtained documents filed this week by the U.S. Marshals Service. He's expected at the Federal Prison Camp Pensacola, a minimum-security camp of 339 inmates, while his wife of 26 years is due about 130 miles east at the Federal Correctional Institution Marianna. The medium-security prison there has an adjacent minimum-security satellite camp, which holds 1,222 inmates. It's not clear which one will house Julie.

On Nov. 21, Todd was sentenced to 12 years behind bars, and Julie received a sentence of seven years, after being convicted in June of having inflated their net worth, to secure more than $30 million in loans, and of having underpaid their taxes for years. Additionally, Julie was found guilty on charges of wire fraud and obstruction of justice. Both were sentenced to 16 months on probation after their release.

They had argued that they didn't know an employee had defrauded the government on their behalf. The couple's lawyer, Alex Little, said when they were sentenced that they planned to appeal.

Todd himself addressed the situation in the Nov. 30 episode of the couple's Chrisley Confessions podcast.

"In this storm that we're in, I feel like I'm closer to God than I've ever been," he said to Julie. "But I find myself screaming out, because, you know, in the Bible, it says to scream out to God, to cry out to God. And, you know, with what we're going through right now, you've heard me do that. You've heard me say, 'God, please, I'm crying out to you. I don't know what else to do. I'm asking for the truth to be revealed. I'm asking for you to shed light where there is darkness. I'm asking for our enemies to be exposed.'"

The couple's 25 year-old daughter Savannah has said that, while her parents are in prison, she will take custody of her brother Grayson, 16, and her 10-year-old niece Chloe, whom Todd and Julie are raising. In this week's episode of their podcast, they addressed a report that Chloe's birth mother is seeking to regain custody of her.

Huge walrus called Freya faces being put down in Norway