Training standards have dropped amid a hiring spree of new call takers at Victoria’s troubled triple-zero call centre, a worker and unions say, sparking fears that mistakes could lead to fatal consequences.

The state government pledged $333 million to hire new recruits at the troubled Emergency Services Telecommunications Authority after it was revealed Victorians died while waiting for an ambulance as their triple-zero calls went unanswered. 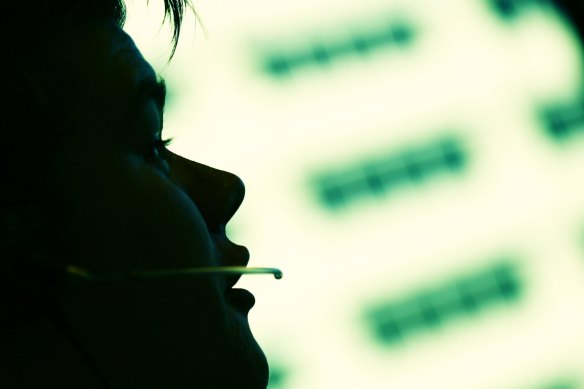 Questions are swirling about the quality of ESTA trainees.Credit:Louie Douvis

But Sue Riley, secretary of the Communications Workers Union, said training standards had fallen as new call-takers were rapidly brought on.

“Everyone on the floor is complaining about the quality of recruits coming through,” Riley said.

“It can obviously end in a fatality because if a wrong decision is not picked up and addressed, the wrong priority level or wrong location might be [coded].

“Why the stress hasn’t left the workforce is because staff are having to pick up the pieces and correct errors.”

An ESTA staff member, who spoke on the condition of anonymity because they are not permitted to speak publicly, said they had first-hand knowledge of errors being made by new staff, including entering the wrong level priority for cases and recording incorrect job locations.

“The people making these decisions have no idea of the complexity of what needs to be trained. They treat [ESTA] as a call centre for someone ringing to have their water bills looked after,” the staffer said.

“But the government tick their boxes and say we put lots of people on, problem solved. It’s utterly disappointing.”

The staffer also claimed the length of the course to become a call-taker had been cut from seven to five weeks and the number of trainees in each course had doubled.

ESTA maintains its ratios of trainers to recruits is appropriate and said the length of the call-taker course was increased from five to seven weeks in 2020, before reverting to five weeks in December 2021 following consultation with Ambulance Victoria.

Riley and the staff member emphasised that new call-takers were not to blame and welcomed the funding for more staff, but both raised concerns about slipping quality control in ESTA-administered training.

A spokeswoman for ESTA, which has been overhauled and will be renamed Triple Zero Victoria, said the organisation “refutes in the strongest possible terms any suggestion that our call-takers and trainers are not qualified to safely provide critical assistance”.

“Only call-takers that have satisfied the competency-based assessments are able to operate as an emergency call-taker,” she said.

Thirty-three deaths have now been linked to a collapse of call-taking performance and what Victoria’s inspector-general for emergency management Tony Pearce called “agency command and control issues”.

Pearce found the agency had insufficient funds to recruit enough staff to field thousands of extra calls from sick Victorians during the pandemic. Other states, he said, were far better prepared to answer the surge in triple-zero calls. 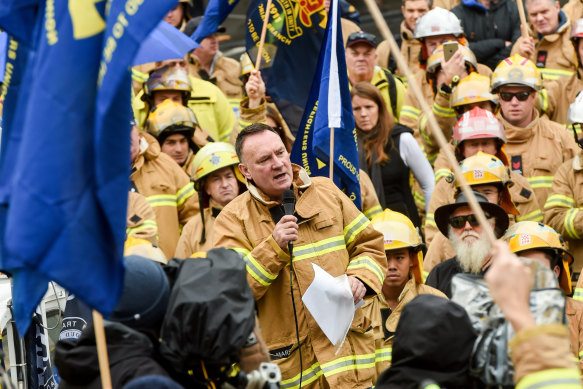 The coroner will try to determine how many of the 33 Victorians could have survived if their triple-zero call was answered in time. ESTA’s performance improved in the later part of this year.

“However, where new call-takers are introduced, they must be properly trained and personnel must also be adequately mentored in the role. Training is crucial to safe systems of work for ESTA workers,” he said in a written statement.

Opposition emergency services spokesman Brad Battin said the government should have bolstered ESTA’s workforce in 2015 when independent agencies and the organisation’s chairman warned about insufficient funds.

“Trying to rush through a fix in time for voters at an election could be fatal for people in Victoria,” he said.

A government spokeswoman said its $333 million funding package will support 400 new ESTA staff including trainers and team leaders to “get on the floor as quickly and safely as possible”.

“Our dedicated call-takers, dispatchers and other staff at ESTA have worked tirelessly to support Victorians in the face of sustained, unprecedented pandemic-related call volumes. We cannot thank them enough,” she said.

On Wednesday Pearce said ESTA would have been better able to handle the influx of COVID-19 calls if it had a consistent stream of funds from the state government, which repeatedly rejected pleas from the agency to put it on a more stable financial footing.

“It would have coped with it better than it did, no doubt,” he said, contradicting Premier Daniel Andrews’ claim that ESTA’s funding model had no bearing on its ability to handle a tidal wave of calls.

Motorcyclist seriously injured after 74-year-old turned into his path