The fund affiliated with former President Donald Trump’s efforts to overturn the 2020 election paid $60,000 to a fashion designer known for styling Melania Trump’s wardrobewhen the couple was in the White House.

The Save America political action committee distributed the money to Hervé Pierre Braillard in four payments starting April 7 and going through June 24, according to records filed with the Federal Elections Commission. The committee reported that these payments were all for “strategy consulting.” It’s not clear what the money specifically paid for.

“Mr. Pierre serves as a senior adviser to Save America, involved in event management and special projects,” said Taylor Budowich, a senior official with Save America.

The payments offer a window into one of the many ways Trump, who is not a candidate for any federal office, is allowed to use money in the PAC, which has raised more than $100 million since it was registered in November 2020 to fight debunked voter fraud allegations in the 2020 election.

Save America: Millions raised to fight election fraud. Here’s how that money was spent.

Here’s one Trump the French like: (Hint: not Donald) 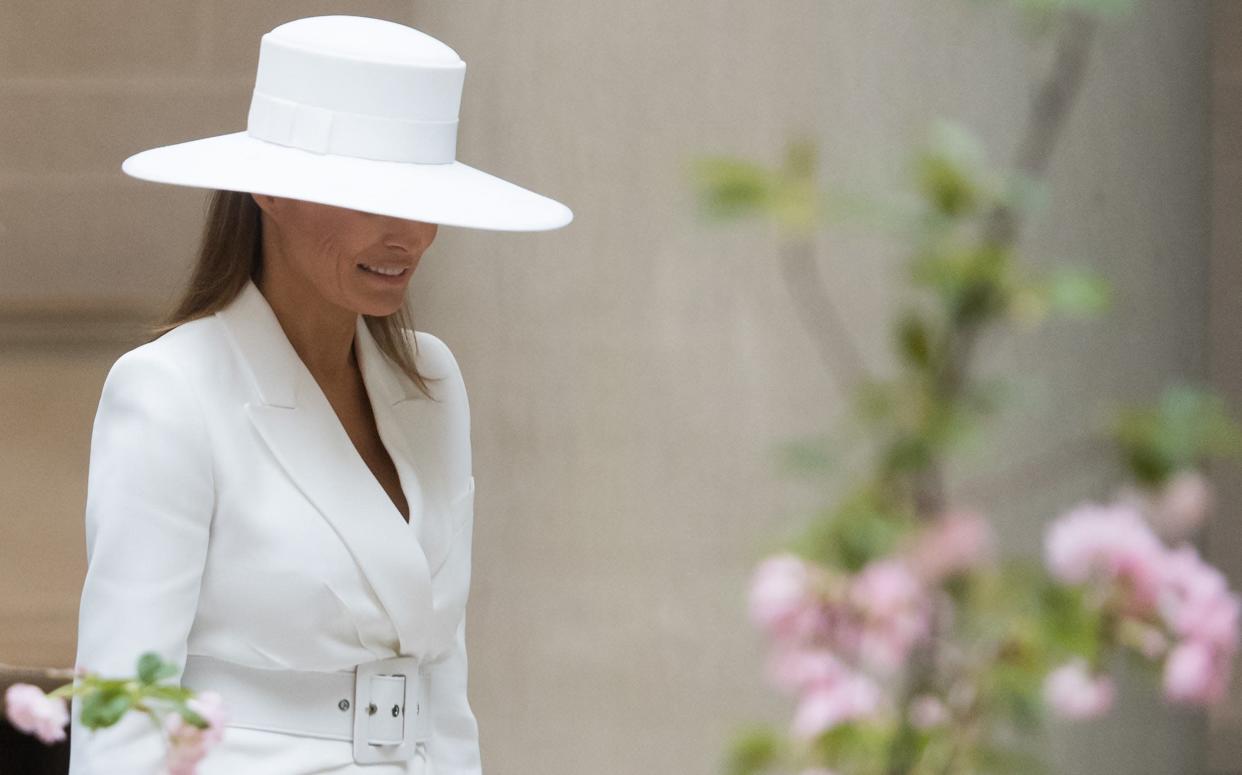 The Jan. 6 committee investigating the Capitol riot has scrutinized the advertising and spending of Save America. Fundraising emails advertised an “Official Election Defense Fund” that an investigative counsel for the committee said never existed. The PAC also spent millions paying the company that put on the Trump rally on Jan. 6, 2021, and keeps former White House aides on the payroll.

The Federal Election Commission does not allow candidate committees, which are formed to raise money for a specific candidate, to spend money on personal items, including clothing. But Save America is not a candidate committee, it’s a leadership PAC, originally designed for politicians to raise and give money to other candidates. They carry fewer restrictions and have been criticized as slush funds.

Experts who spoke with USA TODAY said the use of leadership PACs to spend money with fewer rules is a loophole that should be closed.

“If you are going to a political function and trying to buy a new dress or a new tuxedo, that’s typically something that the FEC would say campaign funds should not be used for,” said Michael Beckel, research director for Issue One, a bipartisan political reform organization. 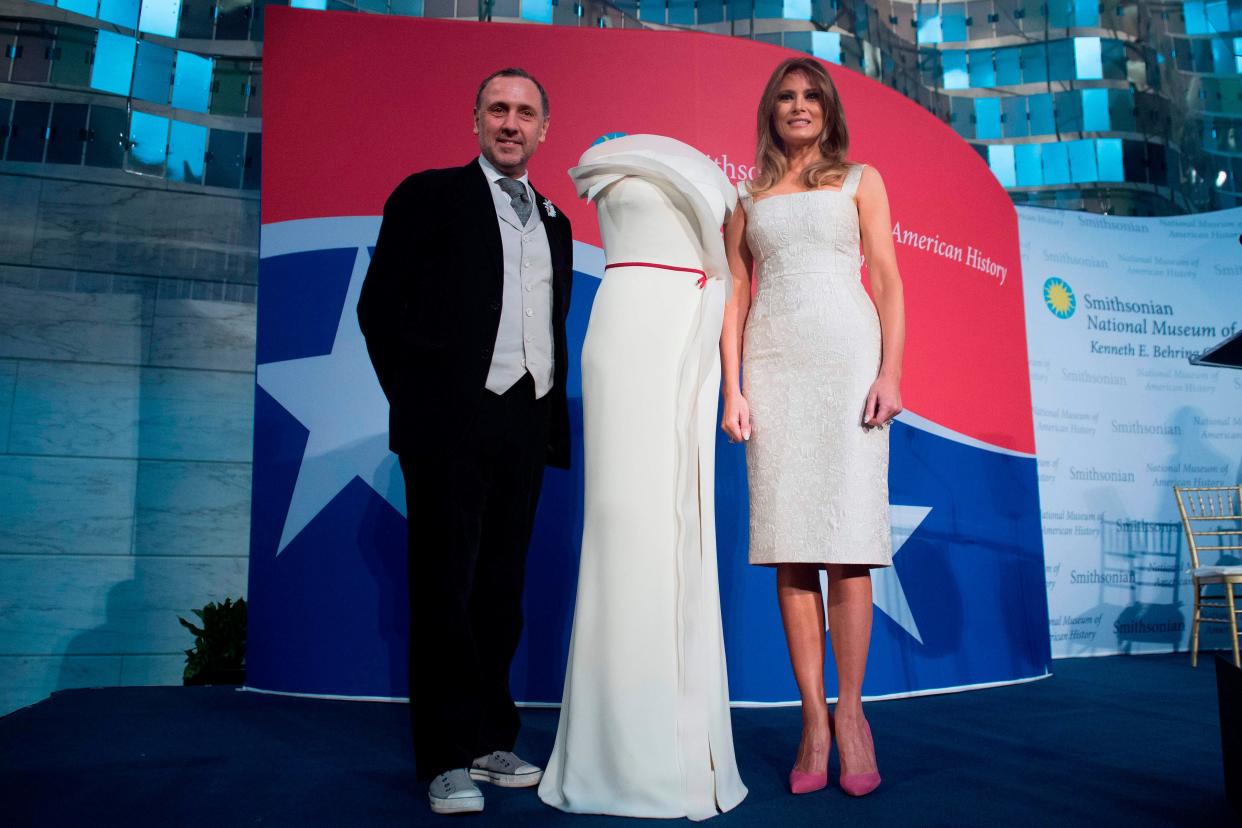 “So it really raises questions if leadership funds are being used to pay for something like a new dress or new clothing that campaign funds could not be used for legally,” he said.

Braillard, who goes by Hervé Pierre, is a French-American fashion designer based in New York who has worked with other first ladies, including Michelle Obama, Hillary Clinton and Laura Bush while they were in the White House. While Trump was in office, Braillard was featured in Vogue and The New York Times for his work dressing Melania Trump.

“I do a bit of styling with (Melania Trump) but it’s not really my forte,” Braillard told The New York Times in 2017. “What interests me in this relationship is not just finding pretty clothes – a lot of people can do that. It’s more about the legacy of this woman. Everybody has a different reaction to what she’s wearing.”

Efforts to reach Braillard and Melania Trump were unsuccessful. 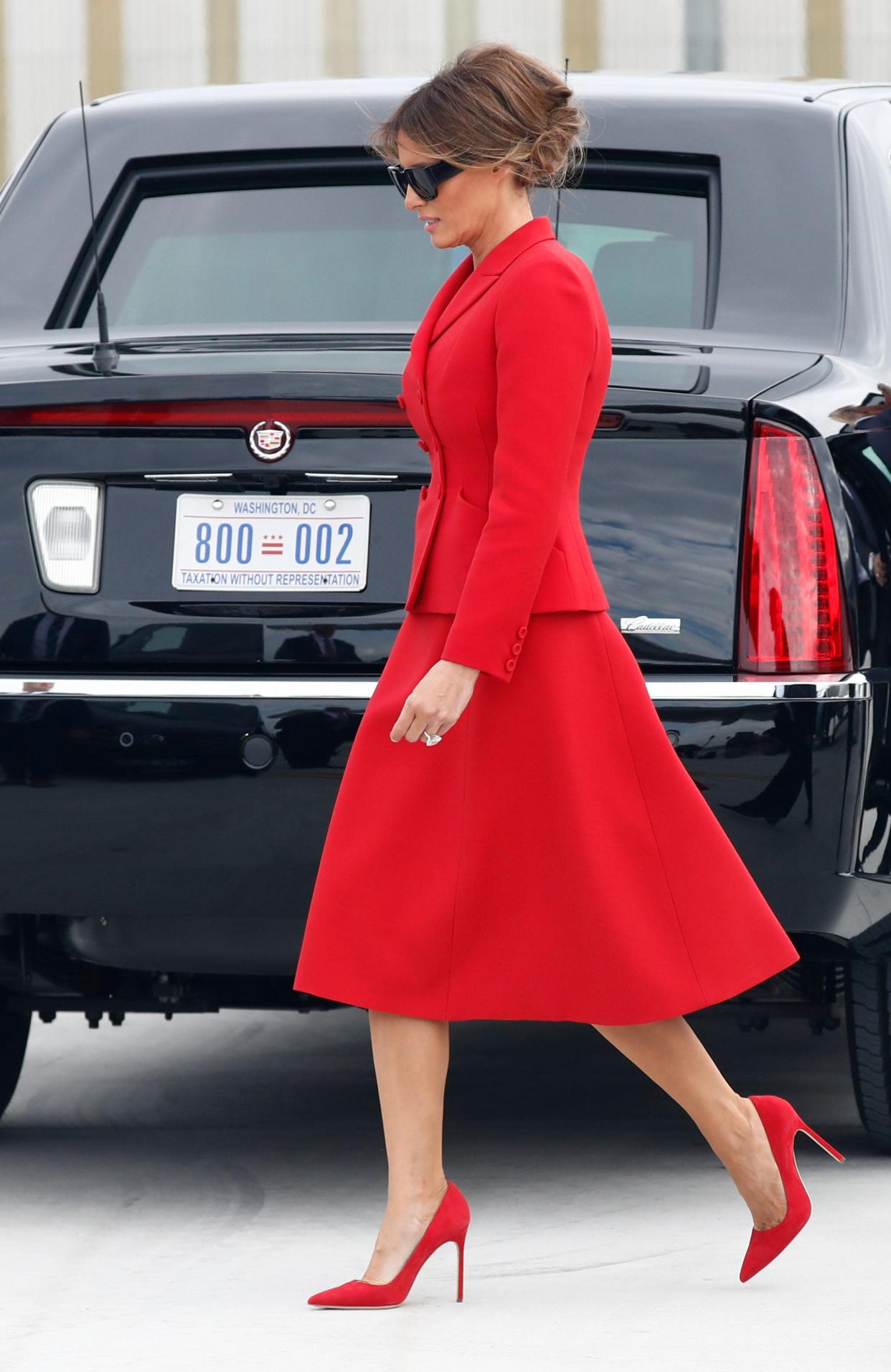 The vast majority of members of Congress have leadership PACs. Save America has given the maximum $5,000 donation to dozens of candidates for Congress who repeat Trump’s unfounded claims about a stolen election. Because there is a federal cap on those contributions, tens of millions of dollars in donor money is left over.

“For so long the whole point of leadership PACs, even when they were set up, was to kind of ingratiate yourself and help your other Congress-people or other political candidates, but that’s apparently pretty much gone by the wayside,” said Ann Ravel, a former member of the Federal Election Commission.

“It’s in desperate need of regulation.”

Beckel said the federal government banned campaign money from being used on personal expenditures before formally defining a leadership PAC.

In 2018, the Campaign Legal Center and Issue One, two nonprofit organizations that advocate on money in politics, published an analysis of more than 200,000 records from leadership PACs and found that “often under the guise of fundraising activity, officeholders and candidates overwhelmingly use leadership PAC money to pay for, among other things, five-star luxury resort stays, expensive dinners, trips to theme parks, golf outings, tickets to Broadway shows and sporting events, and international travel.”

In a follow-up study published in September, the groups wrote: “When leadership PACs are essentially underwriting lavish lifestyles for politicians, it raises serious questions about whether leadership PAC funds are being spent in ways that amount to personal use.”

FEC records show Save America has also spent $212,200 at the Trump Hotel Collection.

Adav Noti, the legal director at the Campaign Legal Center, said the bigger question about Save America is what is going to happen to all of the money once Trump declares a run for the presidency. It’s not legal for Trump to use it for his campaign, Noti said.

“Even if you’ve made it to like a whole bunch of candidates for Congress, it’d barely make a dent in all the money that they have,” he said. “So where is the rest of it going to go?” 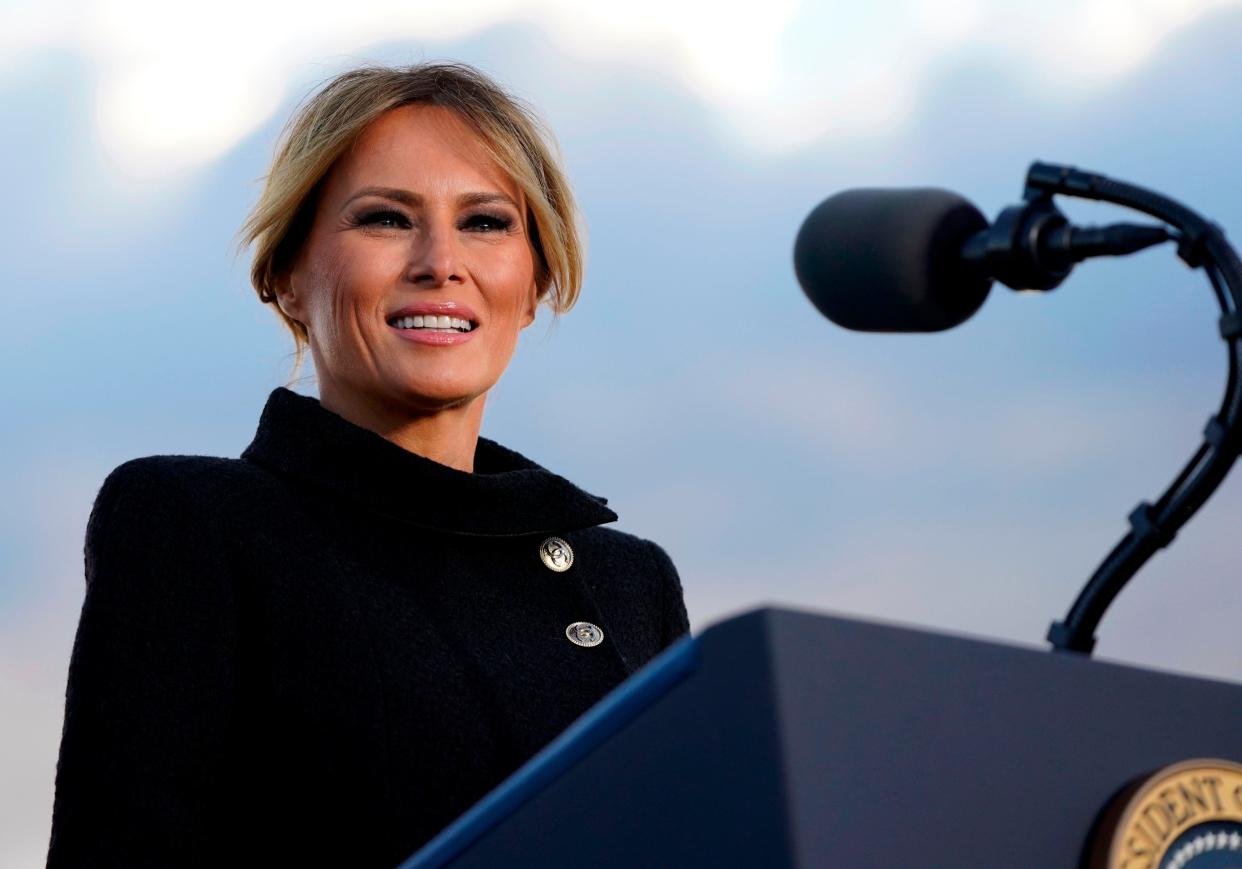 While Melania Trump has maintained a lower profile since leaving the White House, she continues to make some public appearances in clothing that fans post about on social media. Neither fans nor Melania Trump’s official accounts have indicated the clothing was designed by Braillard.

She wore a tan trench coat dress for her Fox News interview on May 15, 2021. This past May, she donned a red dress for a public appearance at a foster care organization in West Palm Beach, Florida. On July 20, she wore to Ivana Trump’s funeral a short-sleeve A-line dress to the mid-calf.

Did you get a sign-on bonus in 2021? You may be eligible for a big tax refund

Chief scientist says UK should have committed to COVID-19 testing