An Australian rules football player has jumped the fence to throw wild punches at spectators –  but then casually tried to rejoin the game.

Video shows two spectators engaged in a wild brawl at the local league decider between Harcourt and Carisbrook in the central north Victorian town of Maryborough.

As play continues in the background a Carisbook player hurdles the fence viciously striking a spectator as other members of the crowd rush in.

It was one of two ugly incidents at Victorian country league grand finals on Saturday afternoon with footage of an all-in brawl also emerging at Mooroopna in the state’s north. 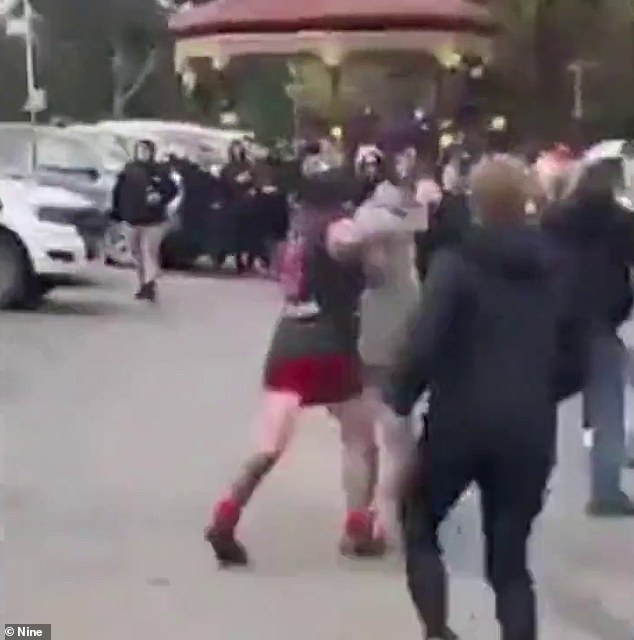 The player who jumped the fence landed two heavy blows on the man in a grey hoodie.

As the scrap continues the player vaults back over the fence to continue the game, which was won by Harcourt.

But the player was subsequently sent off by the match umpire.

Among the chaos, a young girl is also seen running in and trying to separate the combatants.

Police were later called to the scene of the fight and moved three men on.

The Maryborough Castlemaine District Football League has threatened to apply ‘severe sanctions’ to those involved. 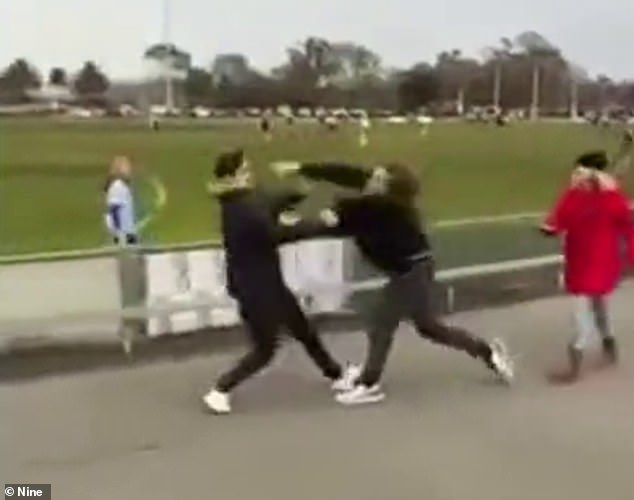 ‘The MCDFNL Is appalled by the actions of a small section of the crowd at the recent grand final,’ the league said.

‘This behaviour does not align with the expectation and values of the league and an investigation will be undertaken to determine who was involved and appropriate action will be taken.’

Meanwhile, police were also called to an all-in brawl between spectators after the siren of the district grand final between Lancaster and Murchison-Toolamba in the northern Victorian city of Shepparton.

After Lancaster won their first premiership in 11 years fans streamed onto the centre of the ground where an ugly brawl began. 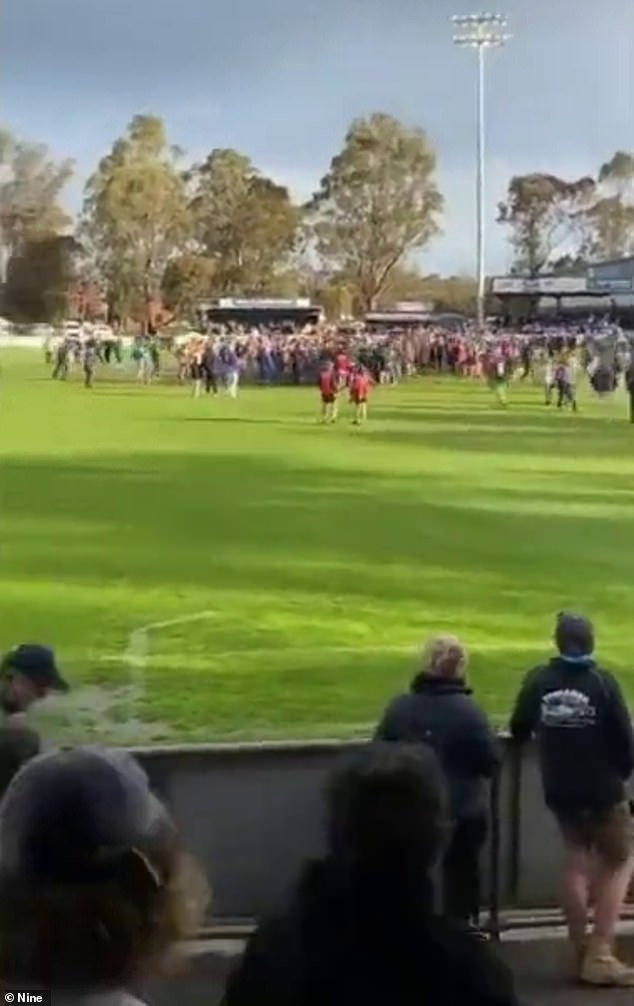 Video shows supporters wrestling and being knocked to the ground.

One prone fan is viciously kicked in the head.

Police were called to the scene at 5pm as the crowd were dispersing but no arrests were made.

The Kyabram District Football Netball League said it would work with the clubs to identify the brawlers.

‘The KDL strongly condemns violence and sees no place for it on or off the field,’ the league said.