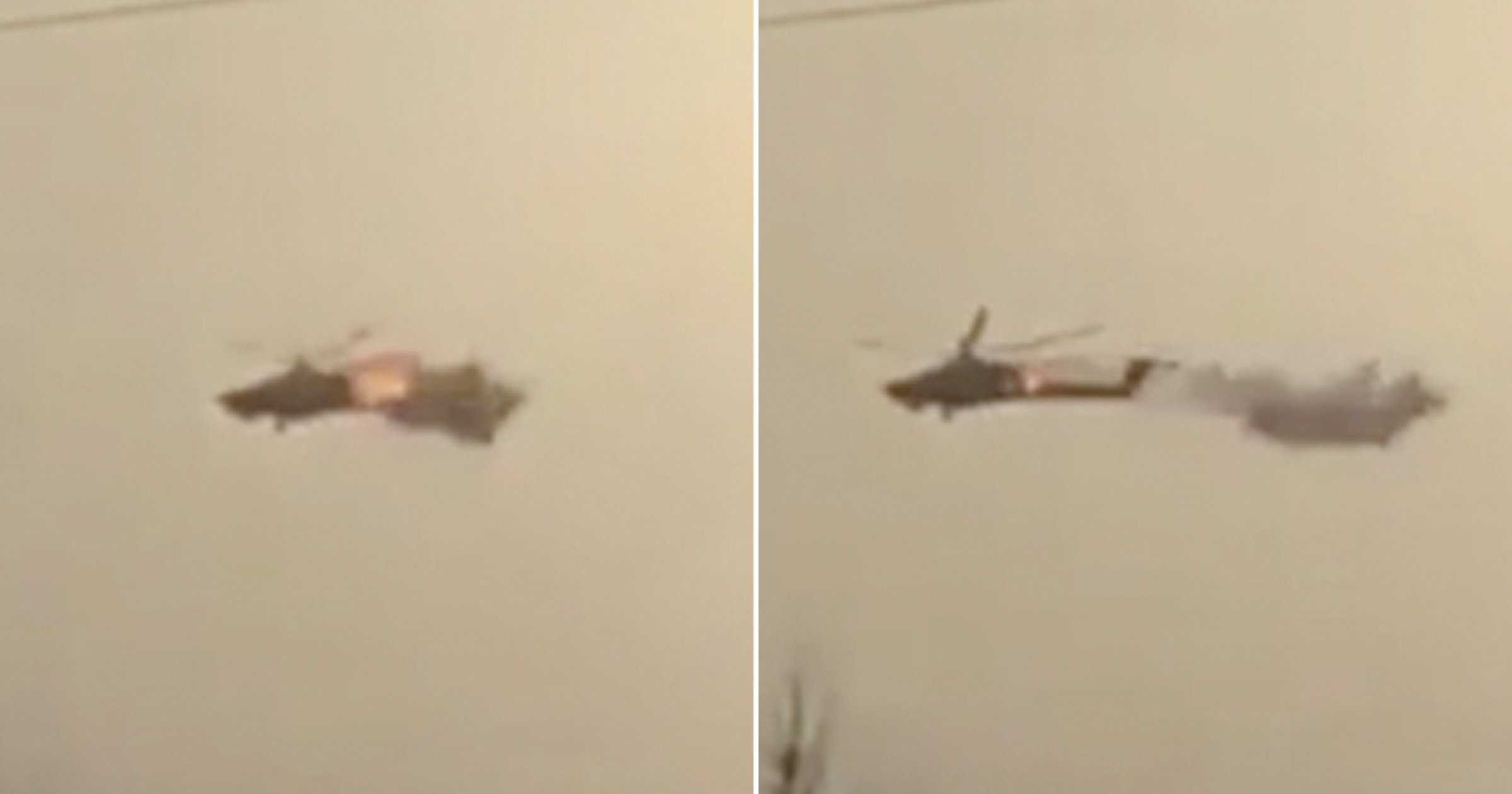 A British anti-aircraft missile has been used to shoot down a Russian helicopter in its first use in Ukraine, it has been reported.

Starstreak is an advanced high-velocity missile that destroys targets using three laser-guided darts and was supplied to Ukraine by Britain in March.

Footage of the alleged moment the weapon was deployed shows a Mi-28N helicopter in the Luhansk region of the country being cut in two as it is struck by a missile.

A Ministry of Defence source said the video, which was released on Friday, showed Starstreak in action over Ukraine, the Times has reported.

The unnamed source added that the anti-aircraft system had been deployed in the country for almost a week.

Senior defence industry sources who examined the footage also believed it to be the weapon, the Times reported.

Ukrainian media has also reported that the Ukrainian armed forces shot down the helicopter with ‘the help of the most modern British Starstreak’.

Starstruck was sent to Ukraine as part of a weapons package from Britain that included Next Generation Light Anti-tank Weapon (NLAW) missiles.

It is designed and produced by the defence and aerospace company Thales in Belfast.

The weapon is designed to provide close air defence and can be fired from a stand or shoulder launcher to take out jets and helicopters up to 7km away.

Its laser-guided darts make it almost impossible for enemy aircraft to deploy countermeasures, such as flares to distract the missiles as it does not use infrared technology to home in on targets.

Starstruck is difficult to master and soldiers reportedly need to have completed extensive training on simulators before they are allowed to use the weapon on the battlefield.

The MoD sent a team of Starstreak operators and a simulator to an undisclosed location in a neighbouring country to train Ukrainian soldiers in the weapon, the Times has reported.

Defence Secretary Ben Wallace previously said the first Ukrainian troops had been trained and were now deployed with Starstreak.

‘One of the biggest challenges is that the more you go up in sophistication of weapons systems, the more training you require to use them, which is why the real focus of effort has to be helping the Ukrainians either refurbish or locate Russian or Soviet equipment that is already in their inventory,’ he told the Mail on Sunday.

Britain has supplied large amounts of military equipment to Ukraine including almost 4,000 NLAWs.

The MoD has been contacted for comment on the use of Starstreak in Ukraine.

School burns to the ground after 'devastating' 5am fire