EX-NFL star Vincent Jackson had reportedly been battling "chronic alcoholism" and had several brushes with the law for drunk-driving prior to his untimely death.

Jackson, 38, was found dead in a Tampa Bay-area hotel on Monday, just days after his family reported him missing and he was visited by cops who did not detect any problems. 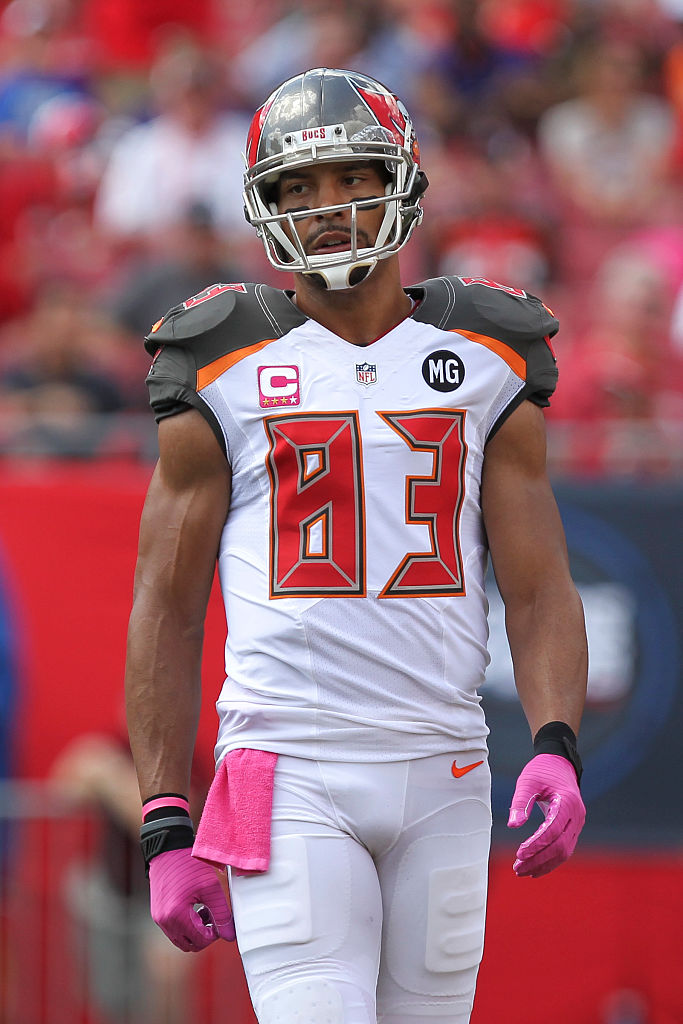 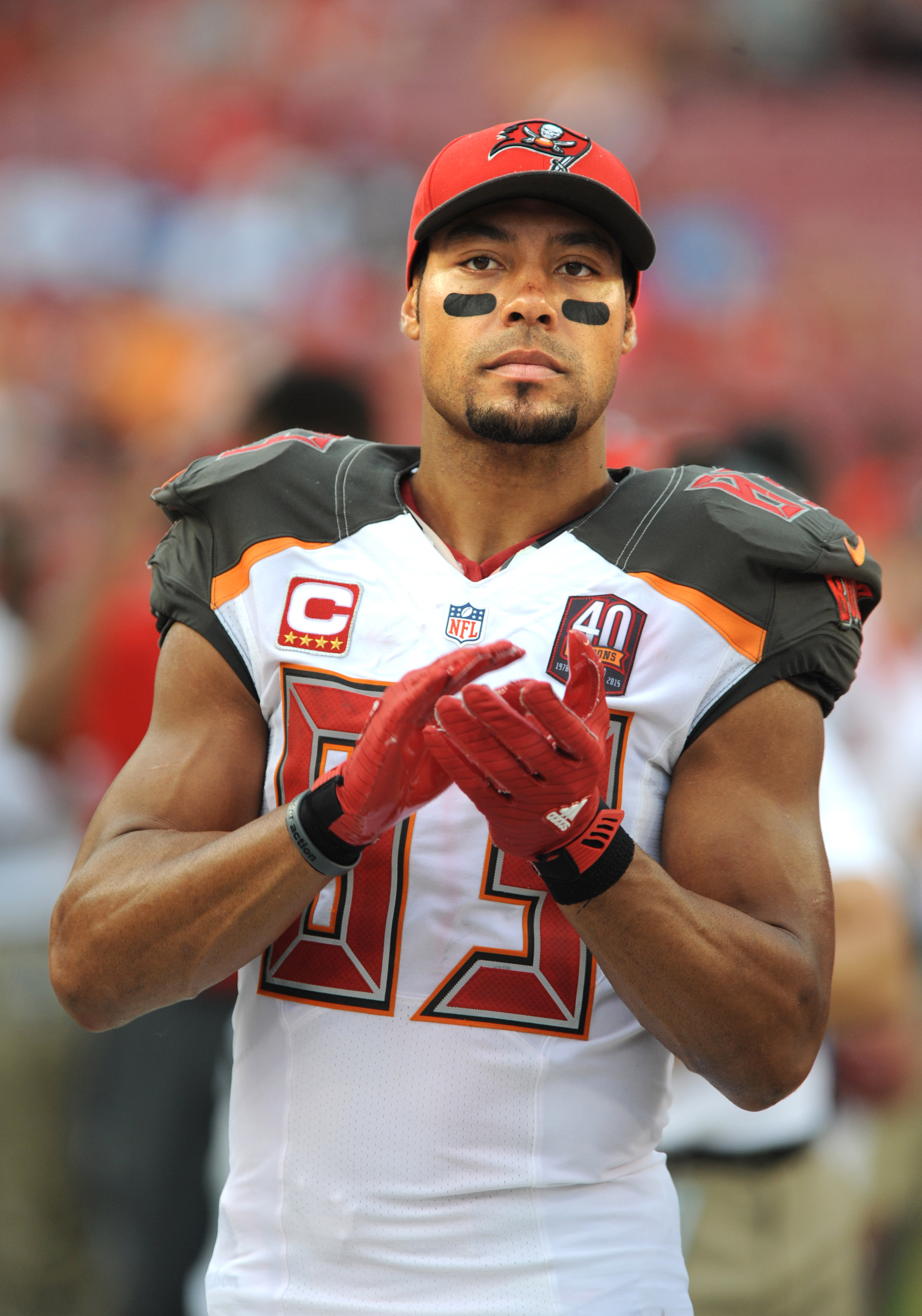 A Hillsborough County Medical Examiner's Office spokesperson told The Sun that Jackson's autopsy and toxicology reports would not be ready for months and that his "manner of death remains undetermined".

But Sheriff Chad Chronister of the Hillsborough Sheriff's Office in Florida revealed the preliminary findings from Jackson's autopsy on the MJ Morning Show this morning.

"We got the autopsy report that will be released today showed, unfortunately, he suffered from chronic alcoholism. Just tragic!" he said.

Jackson's apparent alcohol abuse problem was not publicly known but he had previously been arrested on two separate occasions for suspicion of driving under the influence.

The NFL also suspended him from the first three games of the 2010 season.  for violating the personal conduct policy.

"This is true speculation but what the family is telling me is that he suffered from chronic traumatic encephalopathy (CTE)," Chronister continued.

"They believe he had a lot of concussion problems and when you suffer from that, you're not yourself.

"(The family believes) wholeheartedly all of these actions are the result of what he suffered while he was playing in the NFL." 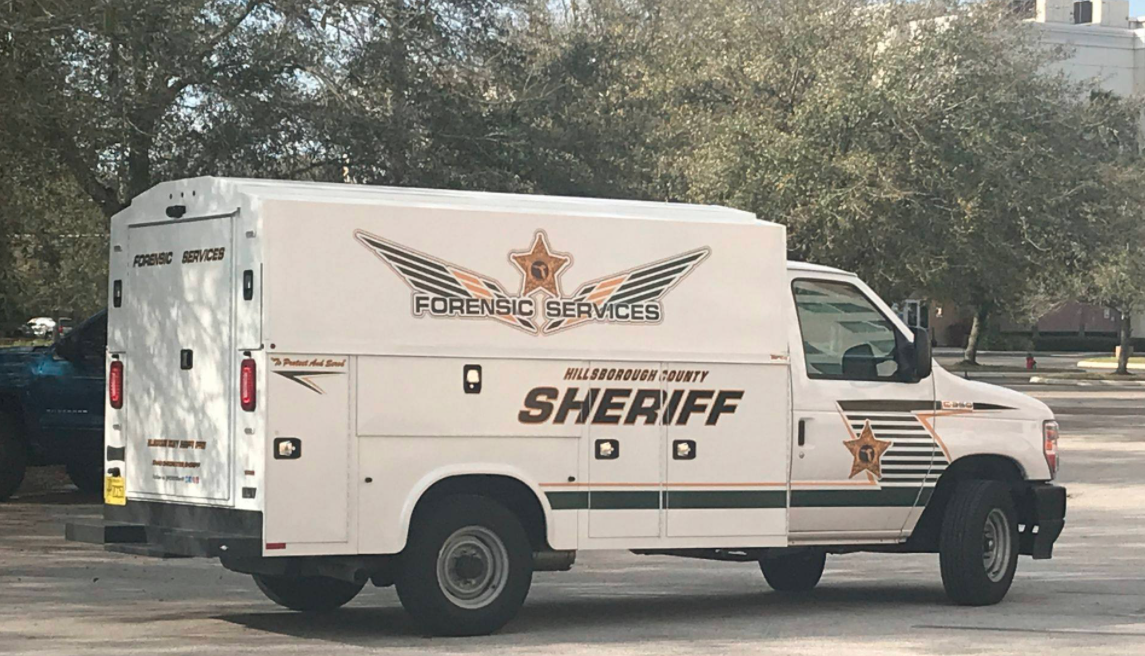 Chronister also noted that Jackson had "long-standing health conditions that contributed to his passing because of some alcohol abuse".

In a statement to The Sun, a Hillsborough County Sheriff's office spokesperson back-pedaled on the Sheriff's remarks just a few hours later.

"It could be several weeks before we know what led to the untimely and tragic death of Vincent Jackson," the statement read.

"Based on statements made by relatives of Jackson to detectives, his family had reason to believe he may have suffered from chronic alcoholism and concussions, however, the exact cause and manner of Mr. Jackson's death will not be certain until his autopsy, among other reports, is complete."

Jackson played 12 seasons in the NFL with the San Diego Chargers and Tampa Bay Buccaneers, making the Pro Bowl in 2009, 2011 and 2012 and last playing in 2016, when a torn ACL limited him to five games.

He holds Tampa Bay records for the most receiving yards in a game (216) and longest reception (95 yards), both set in a 2012 game vs. the New Orleans Saints.

He is survived by his wife, Lindsey, and four children.

On February 10, police spoke with Jackson’s family members who called to report him missing. A formal report was filed on February 11.

The following day, February 12, cops located Jackson, 38, at the Homewood Suites in Tampa, Florida, and spoke with him.

But, after "assessing Jackson’s well-being, the missing persons case was canceled," the force said.

Just days later, on Monday, the ex-NFL star was found dead at the hotel on Palm River Road. 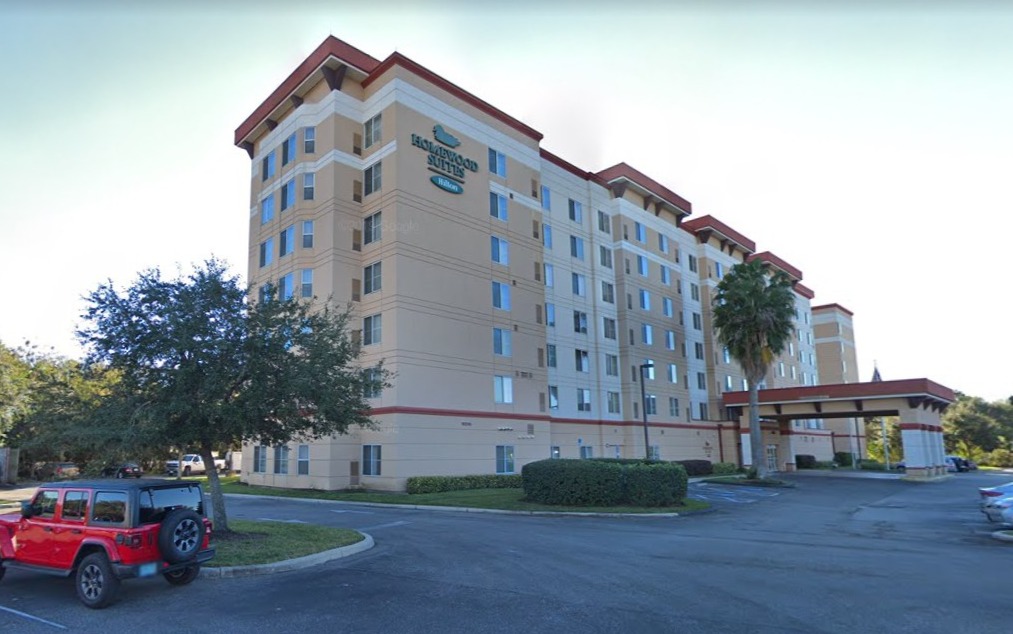 According to hotel staff, Jackson, who is a South Tampa resident, checked into the hotel on January 11 and had been staying in a room since that date.

The Hillsborough County Sheriff's Office said on Facebook that it is investigating the death of Jackson.

The post added that the sports star was tragically found dead at "about 11.30am on February 15 in his hotel room by a housekeeper.

"There are no apparent signs of trauma.

"The Hillsborough County Medical Examiner’s Office will determine the cause of death, as well as officially identify Jackson’s remains based on dental or DNA records.

"HCSO has notified Jackson’s next of kin of his passing."

Stunned former teammates and acquaintances expressed their shock and devastation on social media.

“I am shocked and saddened by this loss to not only the player community, but to me personally,” DeMaurice Smith, executive director of the NFL Players Association, tweeted.

“Vincent was a friend who always understood what it meant to lead. I will miss him and my condolences go out to all his family and friends. #RIPVJax”

Mike Evans, one of the wide receivers on the Buccaneers’ Super Bowl team, tweeted: “V Jax thank you for everything I love you big bro. Praying for your family Rest in Paradise”

In a statement, Buccaneers owner Bryan Glazer said: "We are shocked and saddened to hear the terrible news regarding the loss of Vincent Jackson.

"During his five seasons with our franchise, Vincent was a consummate professional, who took a great deal of pride in his performance on and off the football field."

Glazer went on to describe Jackson as a "dedicated father, husband, businessman and philanthropist, who made a deep impact on our community…"

The Chargers, who drafted Jackson out of Northern Colorado in the second round of the 2005 NFL draft, said in a statement that “Vincent was a fan favorite, not only for his Pro Bowl play on the field but for the impact he made on the community off it.

"The work he has done on behalf of military families through his foundation in the years since his retirement has been an inspiration to all of us. We simply cannot believe he’s gone.”

Jackson was a three-time Pro Bowl selection, as well as receiving four consecutive nominations as Walter Payton Man of the Year.

Jackson had been working to tackle the "troubling subject" of suicide among military veterans prior to his death.

In recent months, the former Chargers and Tampa Bay Buccaneers wide receiver had posted a video on Instagram about suicide among military veterans.

Jackson, who grew up in a military family, co-founded the Jackson In Action83 Foundation to provide support to families affected by all the challenges that lifestyle can bring.

"Thank you to all of our service members and their families for their commitment to our freedom and for making so many sacrifices," the June 18 post read.

"22 Veterans commit suicide everyday. @matthews.injury.law has been on a mission with @jia83foundation to bring awareness to this troubling subject.

"Amidst all of the other health and Civil issues currently existing in our nation, we didnt want to add more to the pot, just want to be inclusive for another niche that deserves acknowledgement. Thank you Marc."

The Sun has contacted Matthews Injury Law attorney Marc Matthews for comment but he was not immediately available.

In 2019, the Buccaneers reported how former tight end Jackson and his Jackson in Action 83 Foundation helped repair Marine Corps veteran Ed Wickliffe and his wife Molly's home, after it sustained significant storm damage.

Jackson showed up along with over a dozen volunteers from UnitedHealthcare to the Wickliffe home in Northdale, Florida.

They worked on everything from landscaping to repainting for Wickliffe, who was drafted into the Marine Corps during the Vietnam War in the 1960s.

Jackson said at the time: "He's served our country very well and now he's one of our neighbors. We now get a chance to come out here and help him."

He took up a special mission to aid military families in the Tampa Bay community after enjoying a five-year playing career with the Buccaneers.

Both of Jackson’s parents served in the US Armed Forces and he sponsored military families at every Bucs home game through the Jackson in Action Front Row Fans section at Raymond James Stadium.