Since his election campaign victory speech, Prime Minister Anthony Albanese has been consistent in his support for a constitutionally enshrined Indigenous Voice. This week, however, he began indicating what he thinks that might look like.

He said the detail that would form the basis of his proposal would likely come from a recent report by two veteran Indigenous rights advocates, Professor Tom Calma and Professor Marcia Langton.

How did that report come about?

The former minister for Indigenous Australians, Ken Wyatt, commissioned Calma and Langton to investigate a structure for a Voice that was legislated, not enshrined in the constitution.

Their final report, the result of the Voice co-design process, came out in 2021 and was the result of 115 consultations with more than 10,000 First Nations people and organisations.

It drew on more than 15 years of work on the idea of an Indigenous Voice and structural reform going back to the 2011 Expert Panel on Constitutional Recognition of Indigenous Australians.

Also influential were the Uluru Statement from the Heart and the final report of a 2018 joint select parliamentary committee co-chaired by the now shadow minister for Indigenous Australians, Julian Leeser, and the special envoy for reconciliation and the implementation of the Uluru Statement, Labor Senator Patrick Dodson.

Though it was designed to guide a legislated Voice, the Langton-Calma report pointedly acknowledged that their consultations had heard considerable support for a constitutionally enshrined model.

How would it be structured?

Under their model, the Voice would consist of 24 First Nations members appointed by local and regional Voice bodies.

Two members of differing genders would come from each state, territory and the Torres Strait, and a further five members would come from remote areas of the NT, WA, Queensland and SA. One member would represent Torres Strait Islanders living on the mainland. Two co-chairs of differing genders would head it. It would be up to the regional bodies in each state to decide how they selected their national representatives. 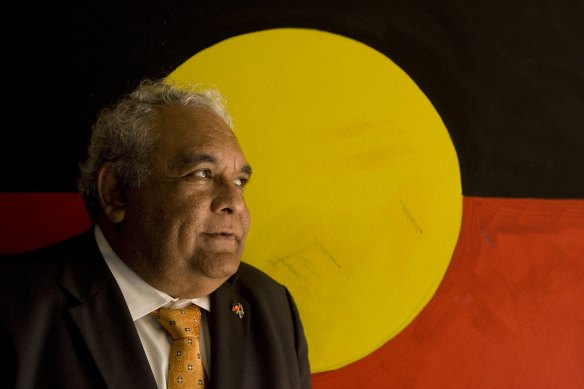 A report by Tom Calma and Langton would form the basis of Prime Minister Anthony Albanese’s Voice proposal.Credit:Jacky Ghossein

The assembly members would serve for four years, but half of the Voice members would be replaced every two years. There would be a limit of two consecutive terms per member.

What would its powers be?

The representatives’ jobs would be to advise parliament and government on matters “relating to the social, spiritual and economic wellbeing” of Aboriginal and Torres Strait Islander peoples. The advisory process could be initiated by the Voice, or a request from parliament or government.

There are clear proposed parameters around the Voice’s powers in the report. It would not be able to veto policy or legislation. It would not deliver government programs or assess existing ones. The report says it could point out where evaluation of policies might be needed, or how that evaluation could be done better.

It also would not be a “clearing-house” for research like, for example, the Australian Institute of Aboriginal and Torres Strait Islander Studies, which collects, organises and disseminates information on First Nations peoples, culture and history.

It also would not act as a mediation and resolution service between Aboriginal and Torres Strait Islander organisations. This would detract from the Voice’s advocacy and advisory function, the report found.

How would it be administered?

The Voice would be supported by a newly established and independent Office of the National Voice, and would link with other existing bodies, without duplicating or undermining their roles. One of the main links would be a “structural connection” to local and regional Voice arrangements.

The former Coalition government announced in December that it would, as a first step, initiate the development of these co-designed bodies, but didn’t get far before the federal election campaign started in April.

What are the regional Voice bodies?

The make-up of the local and regional bodies would be flexible and decided upon by the communities they represent. They would connect to cultural leaders “responsible for upholding and maintaining cultural law, lore and customs in a way that is appropriate for each community and region,” the report proposes.

These regional bodies would appoint the two members to the national Voice assembly as required.

The idea behind the local and regional Voice arrangements is to enable “unheard” voices “that have been historically excluded, or who face unique barriers to participation” to reach the national Voice, and federal parliament and government, the report said.

What are the limits on the regional Voices?

The Voice bodies would also be unable to use the national Voice as an “escalation point” on internal operational issues, the report advises.