AUTHORITIES in New York City issued an Amber Alert on June 7 for a nine-month-old baby girl, who was allegedly taken by her father in Harlem.

Mi Angel Gaines was allegedly kidnapped near 131st Street in Harlem, Manhattan, at around 2:30 am on Monday, June 7. 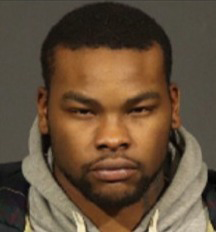 Who is Antonio Armstrong, the alleged suspect in the Amber Alert issued for Angel Gaines?

The New York City Police Department has named Antonio Armstrong, 22, the toddler's father, as the prime suspect in the alleged kidnapping.

According to the NYPD, Mi Angel was “taken under circumstances that lead police to believe that they are in imminent danger of serious harm and/or death.”

Armstrong reportedly snatched the toddler after assaulting her mother.

Mi Angel was seen in a stroller at the time, police said. 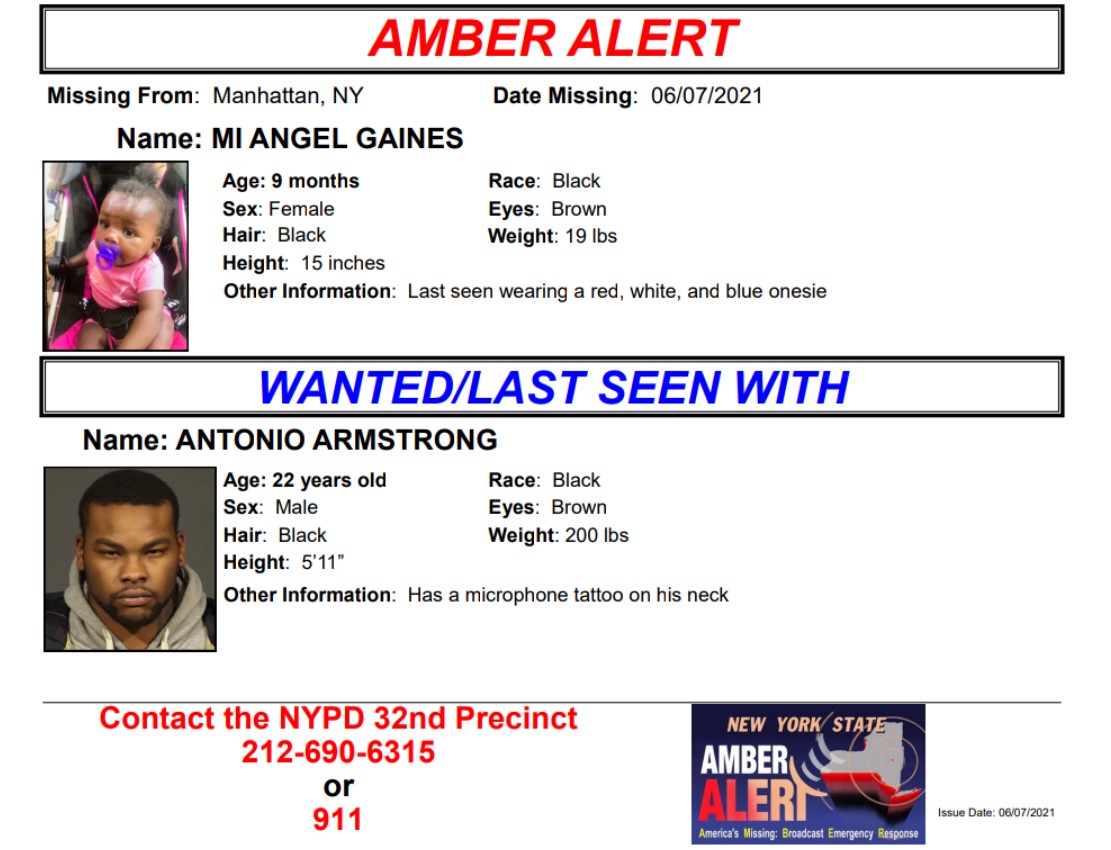 Armstrong, who is 5-foot-10 and about 200 pounds, is described as a black male with a microphone tattoo on his neck.

Police have released images of both Armstrong and Mi Angel and are appealing for the public's help.

Who is Mi Angel Gaines' mother?

The identity of Gaines' mother has no been released by authorities.

However, police say the mother and daughter were last seen around 2:50am on Eighth Avenue in Manhattan, with the baby girl in a stroller at the time.

The nine-month-old is Gaines is a Black female, approximately 15 inches tall and weighing 19 pounds. 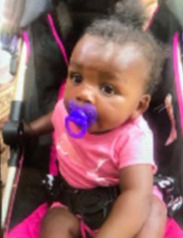 She has black hair and brown eyes.

You can also submit a tip via their website or DM on Twitter, @NYPDTips. All calls are kept confidential.

2 people are dead and 14 injured after a mass shooting at a backyard party in Rochester, New York