Woman, 44, scoops lottery win after using dead mother’s numbers found when she cleared out her flat – despite accidentally ripping up and BINNING the ticket

A woman won the lottery by using her dead mother’s numbers, but she accidentally ripped up and had to search through the bins to find her winning ticket.

Kelly Firth, 44, would buy her mother Carol’s Lotto Hotpicks tickets every week from their local shop in west Halifax, before the 65-year-old died last year.

Kelly didn’t play the lottery herself, but months later she found her mother’s numbers, 7, 17 and 37, written on a card while later clearing out her flat and decided to play them at the shops.

She bought numbers for Wednesday and Saturday but when her numbers didn’t come up on the first draw she ripped up the ticket and threw it away.

However she was stunned when three numbers came up on the weekend draw.

Kelly believes it was a sign from her mother and was celebrating and shouting to Carol’s ashes on her TV stand when her mother’s favourite song – ‘You’re Simply the Best’ by Tina Turner – came on the radio.

But grandmother-of-four Kelly had to hunt through the flat’s communal bins to find the scraps of her discarded tickets, which she pieced together.

The shop accepted the taped-together ticket and she bagged her £1,600 prize, which she used to take her family on a holiday to Blackpool. 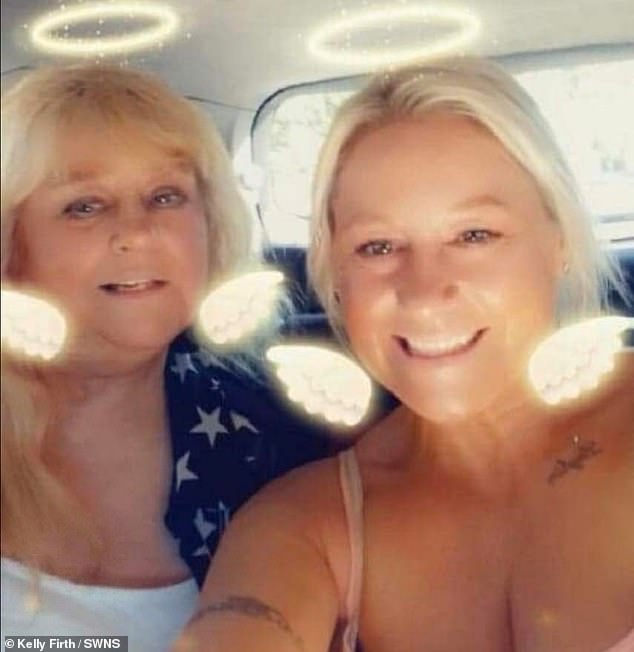 Kelly, 44, (pictured holding an image of her mother) scooped £1,600 by using the same numbers as her mother did before she died in 2021 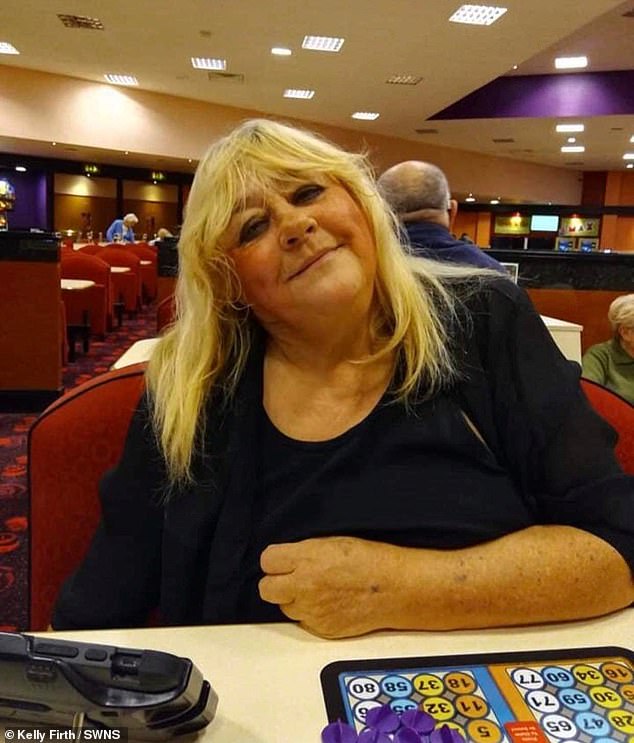 Kelly found her mother Carol’s (pictured) numbers, 7, 17 and 37,  months after she died written on a card while clearing her flat later and decided to play them

‘My daughter and I would nip to the shop for mum every week for her lottery.

‘She had the same numbers on her little card that she gave me and always told me to put both sides on the numbers.

‘We did the same numbers for mum for years and never – never did she win.

‘I decided to carry them on in remembrance of mum.

‘I went to my local shop about two months after she passed and placed them on two tickets for Wednesday and Saturday’s Lotto Hotpicks draw.

‘I couldn’t believe I won when mum never did, and I just knew she was still around looking after me when the numbers came up.

‘I’m still in shock and always will be. It was a sign from mum and I still can’t believe it.’

She played the numbers – 7, 17 and 37 – every week, letting the machine at the shops generate the final of the five numbers on the ticket.

Carol would do this twice, producing two sets of nearly identical numbers, and placed them for the Wednesday and Saturday draws. 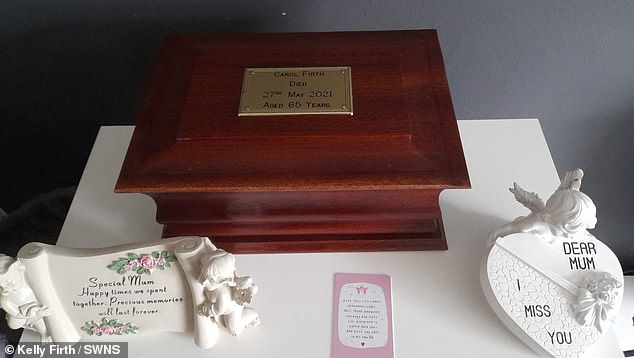 After realising she won, Kelly celebrated and shouting to Carol’s ashes on her TV stand (pictured) when her mother’s favourite song – ‘You’re Simply the Best’ by Tina Turner – came on the radio 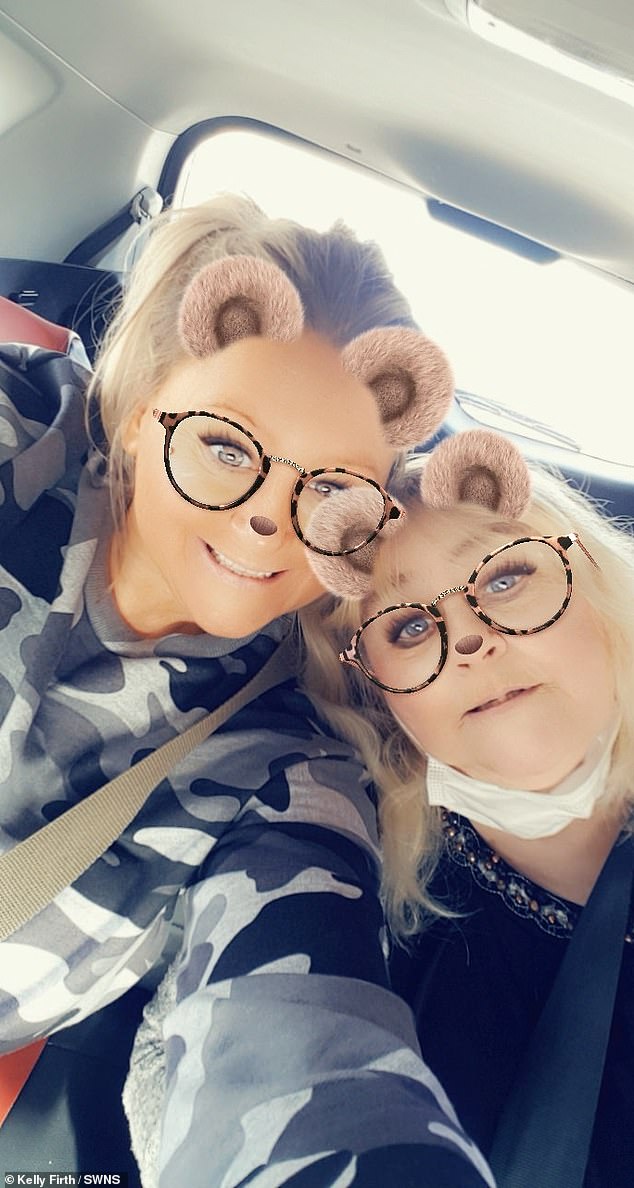 Kelly said: ‘Watching the TV on Saturday night, I recognised mum’s numbers but I’d already ripped up the tickets and binned them.

‘My heart dropped. I was jumping for joy one minute, telling mum we had won and that I knew she was around because she knew I needed this, and then panicking the next.

‘I’d only just put my black bin out so I jumped in the big bin outside and pulled every black bin liner out and searched every one until I found the tickets which luckily still had the barcode intact.

‘I was shouting to mum that we’d won, and I put the radio on to celebrate, and mum’s favourite song which I played at her funeral was playing.

‘It just confirmed that mum really was still there. I couldn’t believe it.’

Kelly took her ripped up tickets to her local shop where a shop assistant helped to piece them back together, before handing over the cash.

She spent the winnings on a family trip to Blackpool and believes her mother would have loved to know her numbers had brought joy.

Kelly said: ‘I took my little family on a little trip to Blackpool with the winnings – my daughter Demi, 26, and my four grandsons, Harley, 10, Coby Jay, eight, Addison Rio, five, and Kylan, four.

‘My mum loved Blackpool and I know it would have meant a lot to her that her numbers helped us make some special memories.

‘Mum was my best friend, I miss her every day and I can’t believe her numbers brought us so much luck. It was like she was still here with us.

‘She was certainly looking down on us. All I knew was that she was still around, looking after her family.’