Extinction Rebellion activist, 65, who locked herself to a limousine near Hyde Park causing seven-hour delays and fellow protester, 66, who glued herself to the road are spared jail

An Extinction Rebellion activist who locked herself to a limousine near Hyde Park causing seven-hour delays and a fellow protester who glued herself to the road have been spared jail.

Mandy Oliver, 65, and Jenny Ruskin, 66, were part of an eco-mob that locked and glued themselves to a limo in the middle of the busy London road on April 16.

A court heard that during the protest, Ruskin had been sitting with her hand ‘glued to the ground’, while Oliver was also on the ground with arm locked to the wheel of the vehicle.

The pair were two of those arrested after the car was left parked in the middle of road for more than seven hours.

Ruskin, of Radstock, Somerset, and Oliver of Lambeth, southwest London, admitted willfully obstructing a highway at Westminster Magistrates’ Court and both were handed a six-month conditional discharge.

Jenny Ruskin, of Radstock, Somerset, was handed a six month conditional discharge after admitting to wilfully obstructing a highway on Tuesday 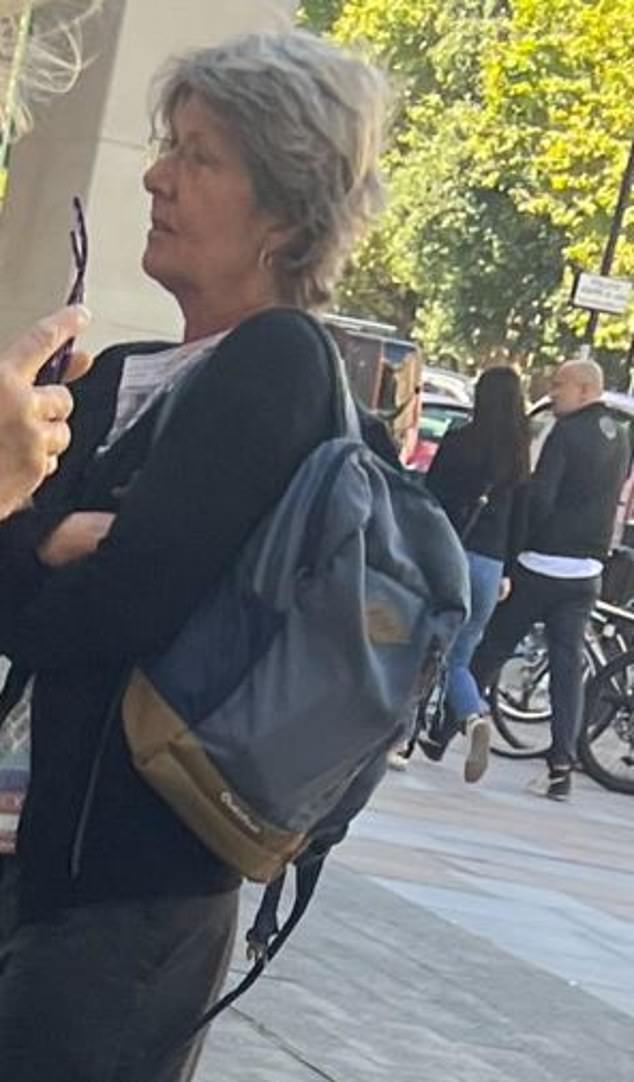 Mandy Oliver, of Lambeth, south-west London, was also handed a six-month conditional discharge for her involvement in the climate protest

This means no further action will be taken unless they commit a further offence within a six-month time period.

Aaron McCalister, prosecuting, told Westminster Magistrates’ Court: ‘From April 16 this year there was an Extinction Rebellion protest lasting over one week including two weekends.

‘The circumstances were that at around 1:50pm a limo arrived at Marble Arch with handspray in pink, “XR” stickers and leaflets and it sat there for approximately seven hours and eighteen minutes.’ 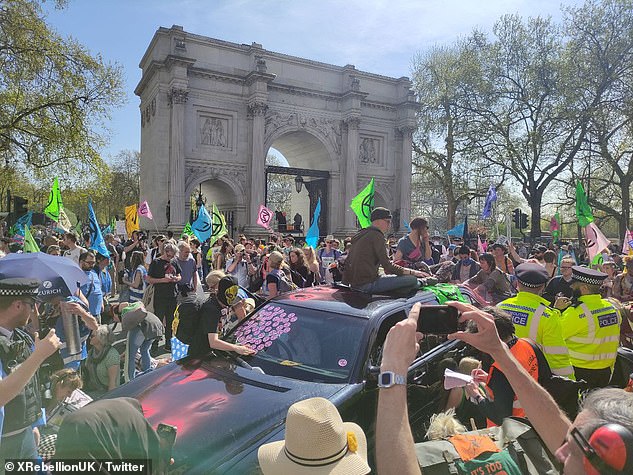 Extinction Rebellion protesters pictured on April 16 as they demonstrated in London’s Marble Arch, glueing themselves to a limousine and bringing traffic to a standstill 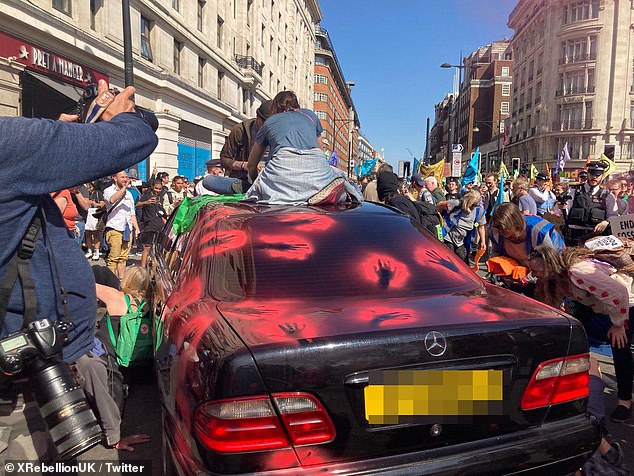 Eco-activists on April 16, climbed on top of the limousine and glued and locked themselves to the vehicle

Speaking from the dock before sentencing, Oliver said: ‘My aim was to bring attention to the catastrophic climate disaster that is lied and lied about by governments and energy companies.

‘I spent most of the time staring at the sky and thinking how tragic life was becoming.

‘I have children and a grandchild who are going to inherit a massively defective planet, if at all, which terrifies me.’

Ruskin wept as she said: ‘My mental health is suffering from the fear of what’s going to happen to my children and my little grandchildren. I will go mad.’

Handing them their sentence, District Judge Michael Snow said: ‘I recognise that you are protesting an important issue, but I have to enforce the law regardless of whether I agree or disagree with your protests.

Why does the date change for Easter every year?

Trump deflects blame for January 6 silence, says he wanted to march to Capitol