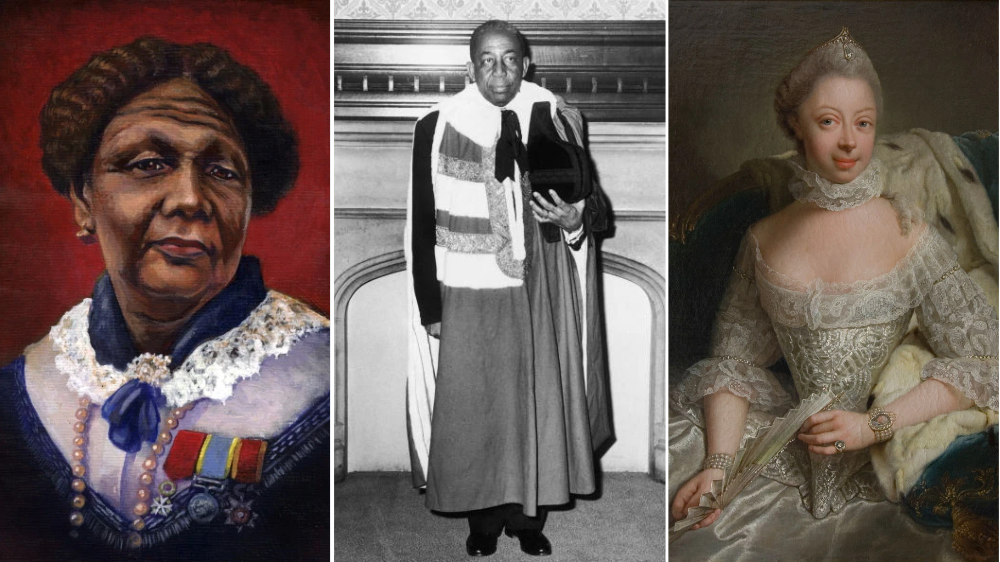 When it comes to Black British history, it’s no secret that the education in this area is lacking across the UK.

In recent years, calls have mounted for Black British history to be taught in schools so the younger generation have the chance to learn about the forgotten heroes who are of colour that many adults weren’t introduced to in the classroom.

In July 2020, a report by The Guardian found that only 11% of pupils taking their GCSEs were studying modules that refer to Black people’s contribution to Britain.

The exclusion extends beyond the classroom with TV and film minimally focusing on those people of colour who have made an impact on British society and culture.

In popular culture, Shonda Rhimes demonstrated how easy it can be to incorporate Black characters into a period drama, through her Netflix hit Bridgerton. It even included loose historically factual elements such as the real life mixed race Queen Charlotte.

Therefore it can be done.

With that in mind, as Black History Month gets underway in the UK, here are just some Black British figures who deserve to have their biopics in TV and film.

Many of us spent weeks learning about King Henry VIII and his six wives and even Cluster’s Last Stand, but how much time was spent educating us about our very own Queen Charlotte?

Charlotte of Mecklenburg-Strelitz was Queen of Great Britain and Queen of Ireland through her marriage to King George III. She later became Queen of the United Kingdom until her death in 1818.

However, there’s more to Queen Charlotte’s story as she is now widely regarded as Britain’s first Black Queen.

Historian Mario de Valdes y Cocom argues that her facial features were typically African in nature, but were altered to appear more European in portraits.

Many have even claimed that her skin complexion was lightened in the portraits.

It’s said that Charlotte was a direct descendent of a Black branch of the Portuguese royal family, as well as German.

Florence Nightingale’s heroic efforts during the Crimean War have been well cemented in history, but the same can’t be said for Mary Seacole.

Seacole was a pioneering nurse and also a heroine of the Crimean War. She provided food and medicine for all and tended to the injured. There are also reports of her tending to the wounded while under fire from the enemy.

After the Crimean War, Seacole was declared bankrupt and lived at 14 Soho Square where she now has a blue plaque.

Her bravery should absolutely be told on the big screen and it may be on the horizon, as it was reported last year that The Morning Show actress Gugu Mbatha-Raw has signed up for a role in an upcoming biopic.

Walter Tull is the definition of a hero after giving up his career as a professional footballer to become a soldier during World War One.

Born in Kent in 1888, Tull came from a mixed race family and was moved to an orphanage in East London when his father died and his stepmother was unable to look after him and his brother Edward.

He soon followed his childhood passion for football and went on to play for Tottenham Hotspurs. However, his football career came to a halt as the sport was suspended until after WWI.

Tull then joined the Football Battalion where he was quickly promoted to the rank of Sergeant.

When he moved back to England in 1916, Tull began training as an Officer at a time when only white British-born people could train for the role.

He then became the first Black man to lead white soldiers in battle.

In 1918, Tull led an attack on German trenches but was killed as they crossed No Man’s Land. The 29-year-old’s body was never found.

A road in Northampton, Walter Tull Way, was named after him.

However, the woman behind Europe’s biggest street party may be a forgotten name to some.

Jones was born in Trinidad but was exiled to the UK from the US in 1955 after she became an active member of the American Communist Party.

Jones died on Christmas Eve in 1964 at the age of 49 following a heart attack.

A curveball with more of a modern figure, but an icon nonetheless.

Rosalie Jones is Britain’s longest-serving Black female firefighter and retired in March this year after 30 years with Lewisham Fire Brigade.

She joined in 1989 aged 22 after a chance meeting with a firefighter, who was doing some decorating work for her, convinced her that she had what it took. At the time, she was busy working at a software company and as a single mother of two daughters.

Discussing the challenges of being a Black female firefighter, Rosalie told MyLondon: ‘It’s tough. I have experienced the feeling that all eyes were on me; like every decision and act was scrutinised until I gained the respect and trust of others. I had to work twice as hard.

‘I enjoyed the challenge most times.’

During her career, she co-founded the Brigade for Black and Ethnic Minority.

Constantine took legal action against a London hotel that refused him access due to the colour of his skin. It was a landmark case and a key step towards the creation of the Race Relations Act of 1965. Constantine made history as both a sporting hero and a campaigner for racial equality.

October marks Black History Month, which reflects on the achievements, cultures and contributions of Black people in the UK and across the globe, as well as educating others about the diverse history of those from African and Caribbean descent.

For more information about the events and celebrations that are taking place this year, visit the official Black History Month website.

I'm A Celebrity 2020: Shane Richie is booted from the castle