Brad Pitt makes his art world debut as a sculptor

Brad Pitt officially added “sculptor” to his resume over the weekend, when the “Bullet Train” star debuted his work at a gallery in Tampere, Finland. Brad’s nine pieces — including a plaster panel “depicting a gunfight” and silicone sculptures of houses shot with bullets — are on view as part of a British artist Thomas Houseago’s exhibition at Sara Hilden Art Museum, according to AFP. Australian musician Nick Cave’s ceramics are included in the exhibit as well — both Brad and Nick reportedly worked with Thomas to create their contributions. “For Nick and I this is a new world and our first entry. It just feels right,” Brad told the Finnish outlet Yle at an opening ceremony on Saturday (Sept. 17). “To me it’s about self-reflection,” he said of his work, which reportedly includes pieces called “Buried Needs,” “Slave to Our Vices” and “House-A-Go-Go.” “It’s about where I have gotten it wrong in my relationships, where have I misstepped.” Brad reportedly began delving into pottery after his 2016 split from Angelina Jolie. The exhibition, formally titled “Thomas Houseago’s WE with Nick Cave & Brad Pitt,” runs through Jan. 15, 2023, according to Hypebeast.com.

As the British royal family joined world leaders, dignitaries and celebrities in London on Monday (Sept. 19), to bid their final farewells to Queen Elizabeth II, a number of surprises surfaced as far as who attended the royal funeral and who was absent. Prince Harry and his wife, Duchess Meghan paid their respects to Harry’s late grandmother without their children, Archie, 3, and Lilibet, 1. According to People, that’s because Meghan and Harry had already traveled to Britain without the kids for charity work, when the queen’s health took a turn for the worse ahead of her death on Sept. 8. The outlet also notes their young ages were probably a factor, since their 4-year-old cousin, Prince William and Duchess Kate’s 4-year-old son Prince Louis, didn’t attend the ceremony, though his brother, Prince George, 9, and sister, Princess Charlotte, 7, did. Viewers watching the BBC’s video coverage of the funeral were also confused when they spotted “Killing Eve” star Sandra Oh walking in the procession into Westminster Abbey. According to a Buckingham Palace press release (via Today.com), the actress participated as a member of the Order of Canada, an honor for civilians the queen created in 1967. Sandra was appointed to the order in June.

Kourtney Kardashian inspired a mix of praise for showing off her “real body” and questions about her pregnancy status over the weekend with a selfie that showed the reality star holding one hand on her bare belly. And as she assured one commenter, she is not expecting a fourth child. The pic was one of a series she posted on Sunday (Sept. 18), taken at a recent ad campaign shoot for her new Lemme gummies, according to the star’s Instagram caption. While most users who weighed in on the shot complimented Kourt for looking “gorgeous,” and sharing an unedited, unfiltered photo, others asked in the comments if she and husband Travis Barker have a little one on the way. “Why r u holding ur belly? Love the figure but inquiring minds r curious,” one person wrote. When Kourtney spotted a comment that read, “Wait a minute did I miss that she’s pregnant?,” she responded directly, writing, “Nope, but you’re missing a woman’s body.” Her clap-back earned more praise, with followers encouraging her to “put them trolls in their places” and telling her she looks “fantastic.” As multiple users pointed out in the comments, Kourtney’s been open about her IVF journey with Travis, though she recently told WSJ Magazine she took a break from the treatments before their May 2022 wedding, when “Kravis” — the couple’s fan-bestowed nickname — took over Portofino, Italy, to celebrate their union. Asked how she and her drummer beau feel about their portmanteau, Kourtney told E! News earlier this month she’s all for it. “I do love ‘Kravis.’ We refer to each other as ‘Kravis’ sometimes,” she gushed before admitting one question the newlyweds have about the nickname. “Travis said to me the other day, ‘Is Kylie [Jenner] and Travis’ [Scott] name Kravis also?’ And I’m like, ‘No …,” Kourtney recalled. “But why wasn’t it? ‘Cause they were [together] before us.” A question for the ages …

RELATED: Check out what the Kardashian-Jenner family wore to Kravis’ wedding weekend in Italy

In what appeared to be a moment of nostalgia amid his divorce, Sylvester Stallone shared photos of himself with estranged wife Jennifer Flavin on Instagram on Monday (Sept. 19). The first photo showed Sly and Jennifer walking through the grass, hand-in-hand, with their backs to the camera, while the second showed the pair with their three daughters when they were still little girls. (Sophia, Sistine and Scarlet Stallone are all now in their 20s.) “Wonderful…,” he captioned the post, which sparked a stream of comments from fans asking if they were reconciling.Jennifer filed for divorce from Sylvester in August after 25 years of marriage. In her divorce filing, the former model’s lawyers said the marriage was “irretrievably broken” and accused Sly of intentionally depleting their marital assets, which he’s since denied. Initial reports about the split claimed the couple was also fighting about their dog; the actor’s reportedly dismissed that notion, as well.

Four-time Oscar winner Woody Allen says he’ll retire from filmmaking after he wraps his 50th and final film, which is slated to begin shooting in France this month. In an interview with La Vanguardia published over the weekend, the controversial director and screenwriter said he plans to step away from film and hopefully write a novel once “Wasp 22” is completed. “My idea, in principle, is not to make more movies and focus on writing,” Woody, 86, told the Spanish newspaper, according to The Hollywood Reporter. His comments come after an Instagram Live chat with Alec Baldwin earlier this year in which Woody said he’s found the “thrill is gone” from filmmaking. The same could be said of a large chunk of investors and audiences, many of whom have distanced themselves from Woody’s work in the wake of the #MeToo Movement, when past sexual abuse allegations made by Woody’s daughter, Dylan Farrow, started making headlines again ahead of the HBO docuseries “Allen v. Farrow.” Woody’s denied the allegations for decades and was not charged after an investigation into Dylan’s claims. 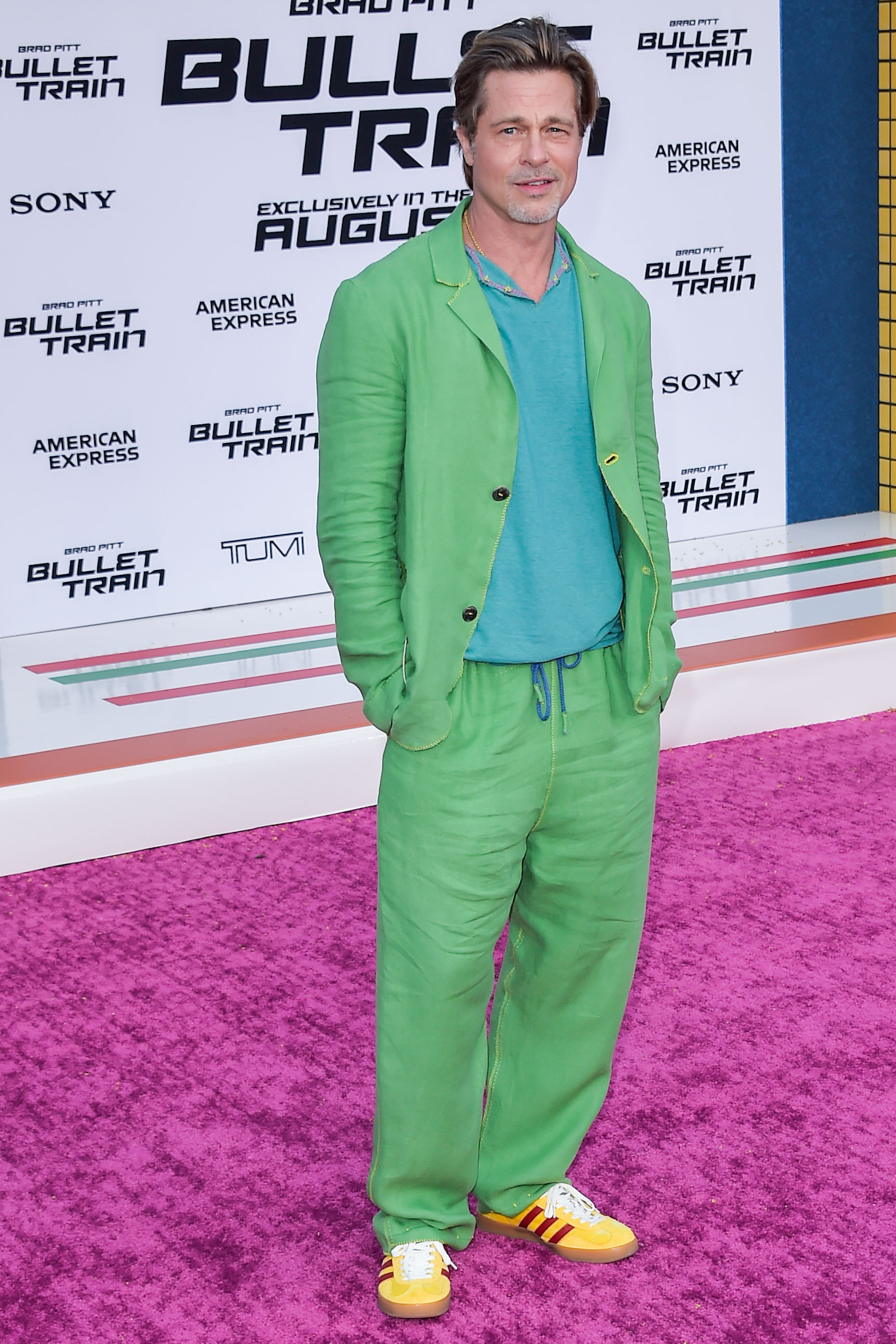 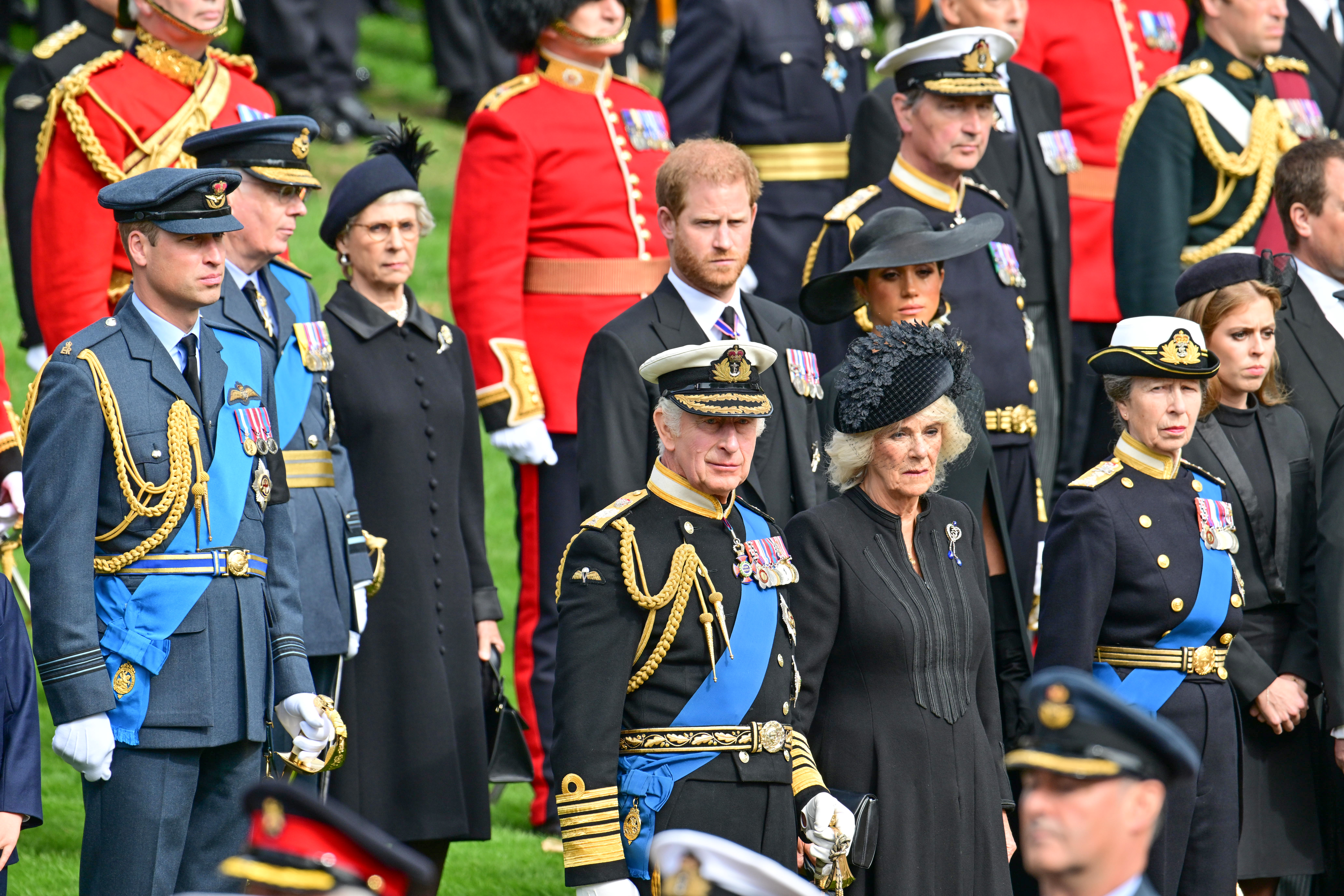 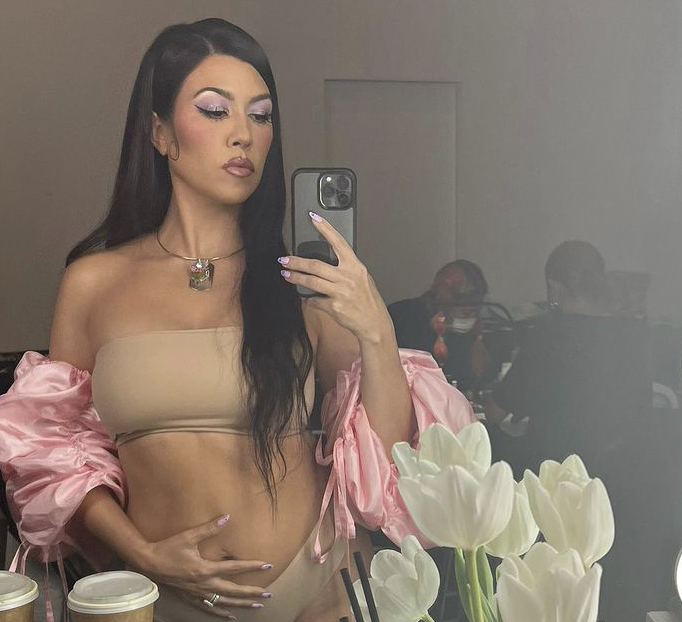 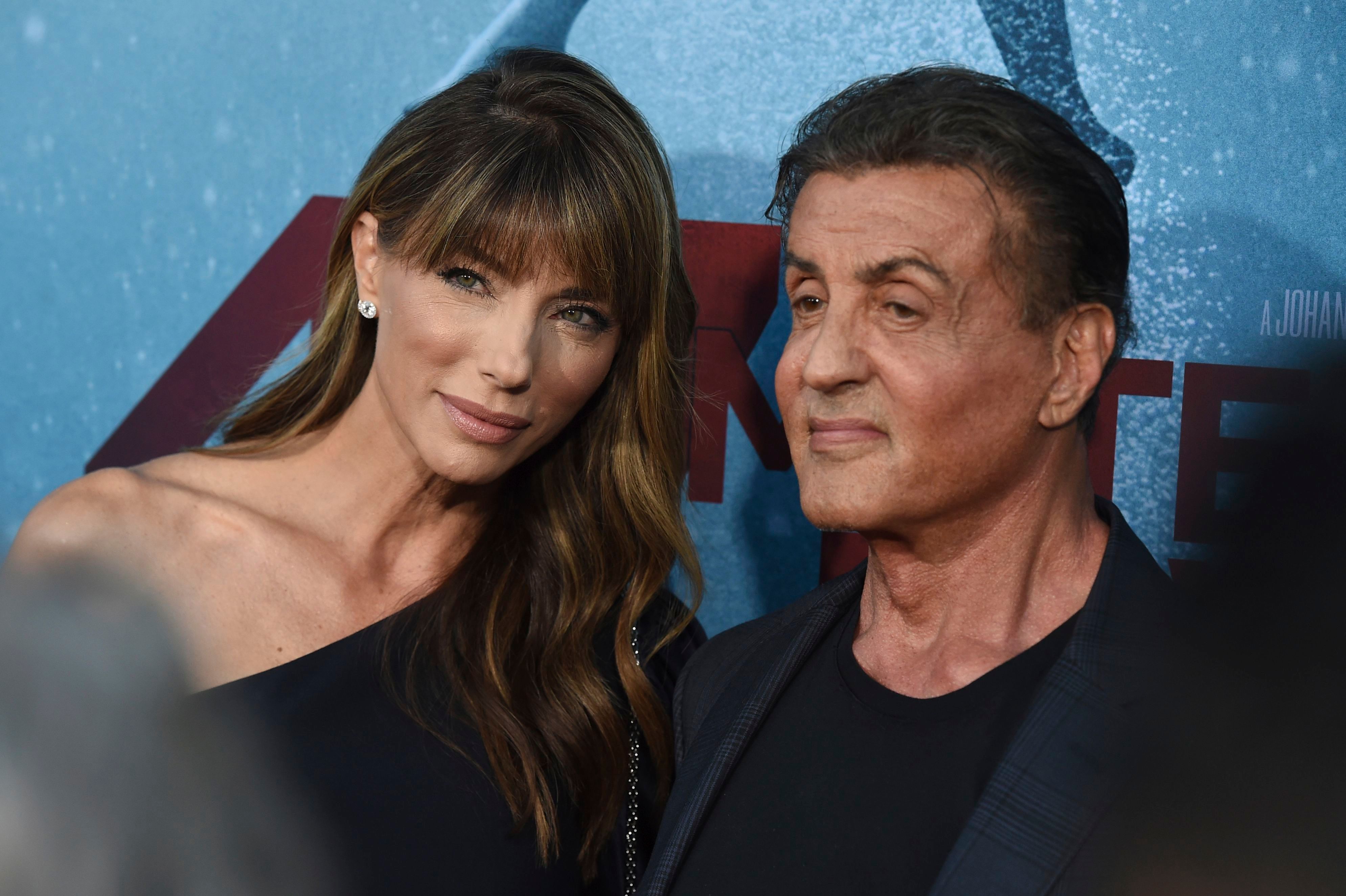 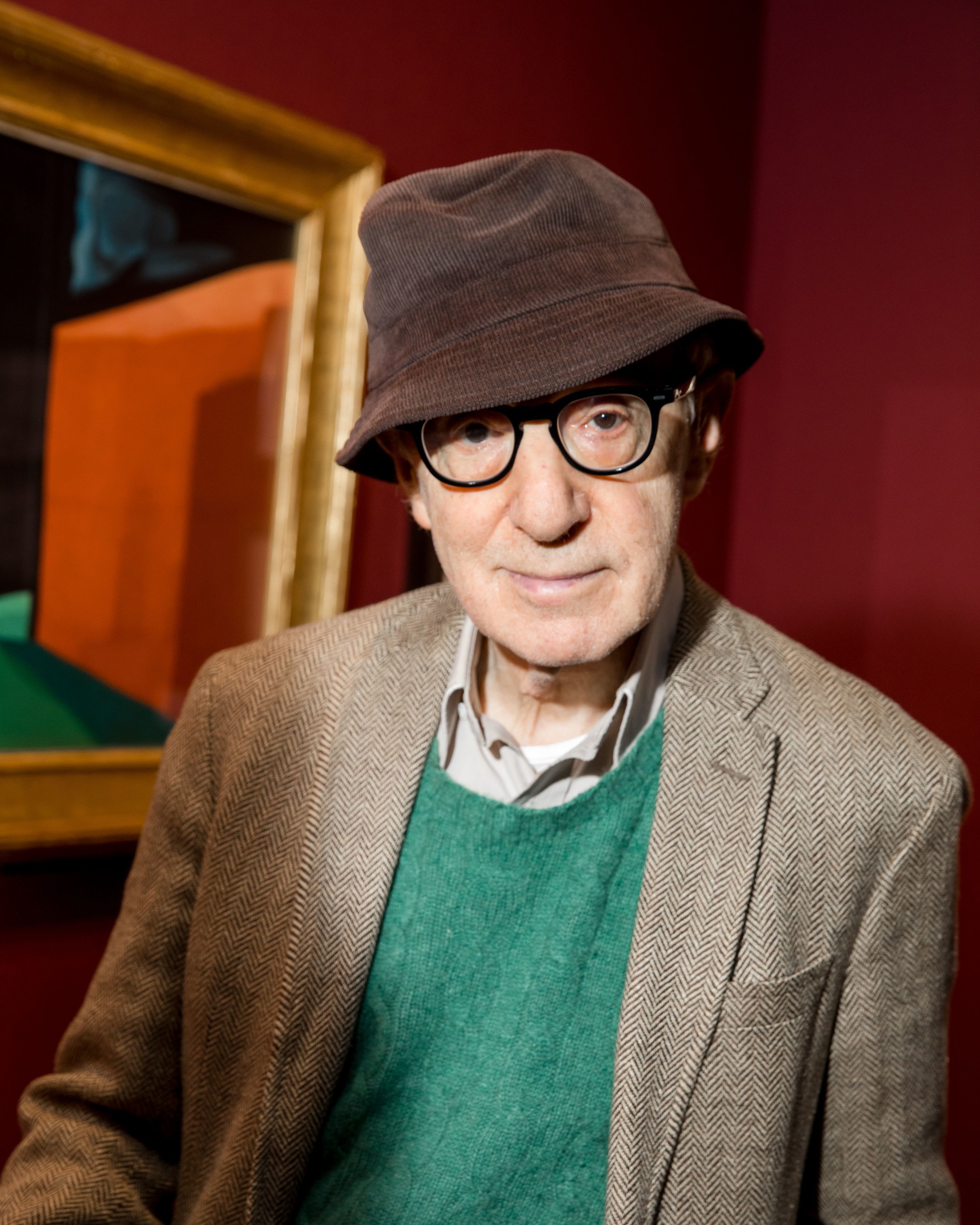 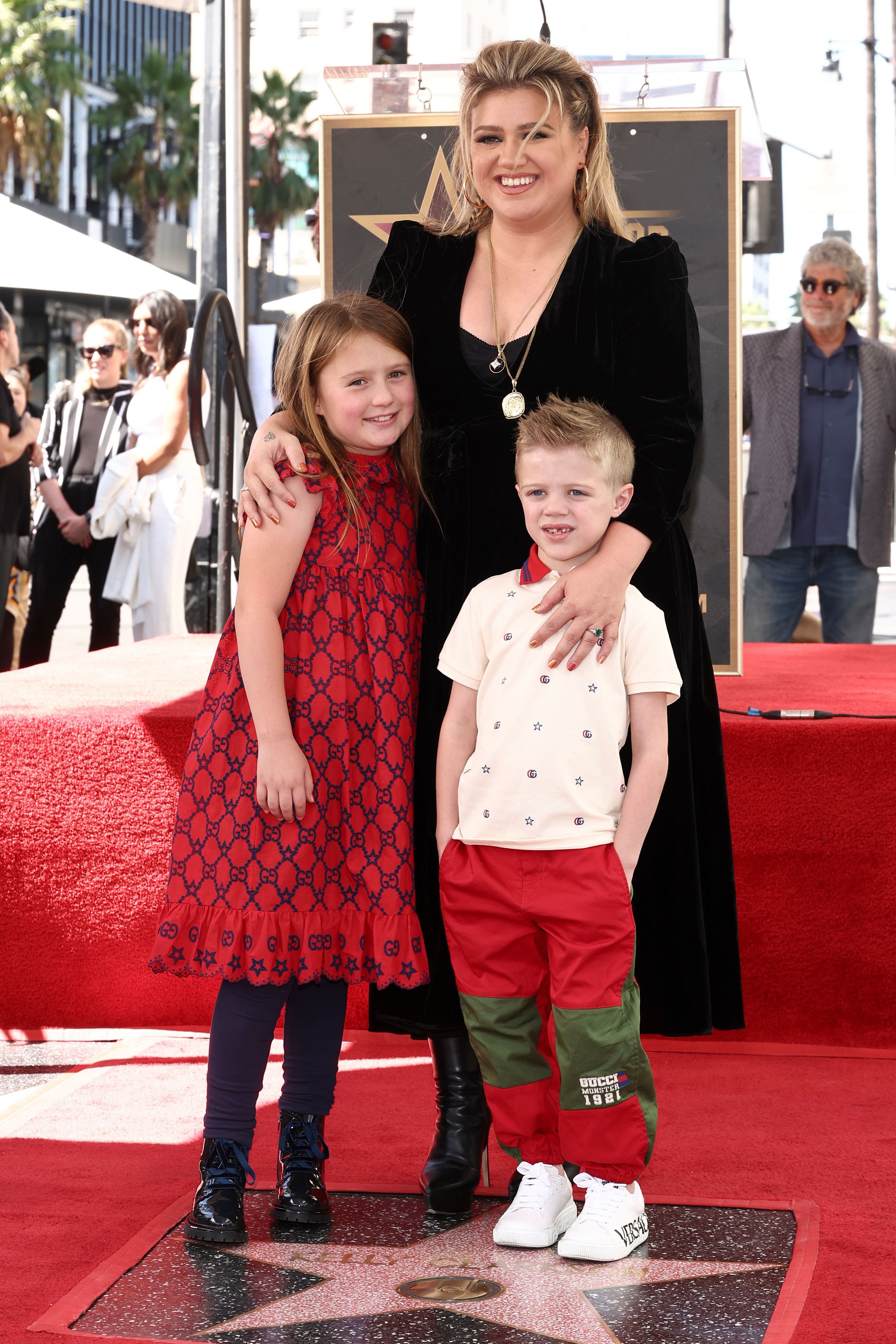 ‘Like tablets on an ironing board!’ Ulrika Jonsson, 54, ‘proud’ of ‘tiny, tiny breasts’