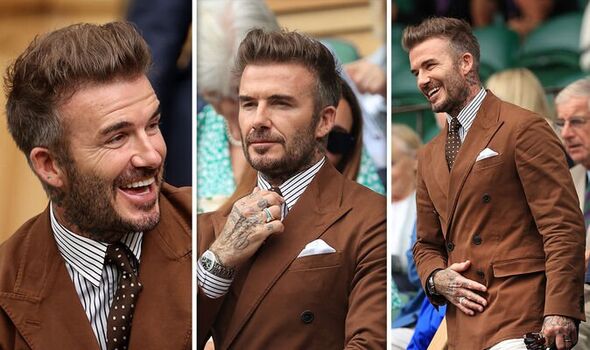 David Beckham, 47, made an appearance at Wimbledon with his mum Sandra today where he showed off his new tattoo.

David Beckham, 47, made an appearance at Wimbledon with his mum Sandra today – but no Victoria.

The former footballer sat in the Royal Box as he watched the action at centre court.

Photos showed his surprising new tattoo on his hand, which he has never shown fans before.

It appears to be of a smiling stick person, holding something in their hand.

The childlike nature of the drawing led some to speculate that it might have been created by one of his children.

David looked dapper in a brown blazer with a white and blue striped shirt as he joined the Queen’s grandson, Peter Phillips, and his new girlfriend, Lindsay Wallace. 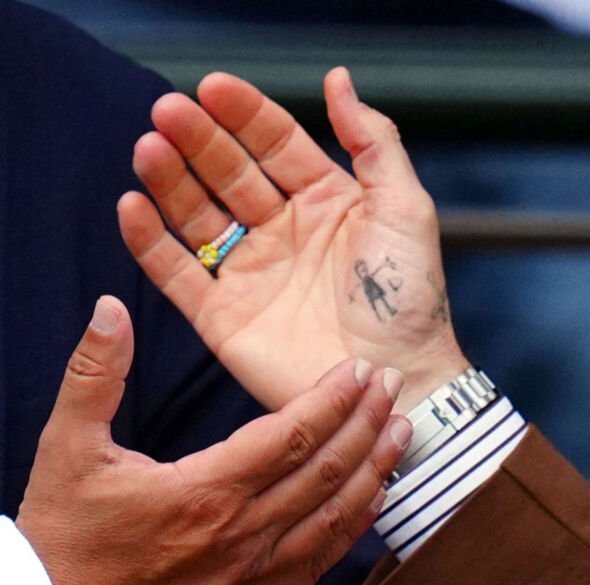 A new tattoo was visible on his hand

It appears to show a stick man holding something – and it’s never been spotted before. 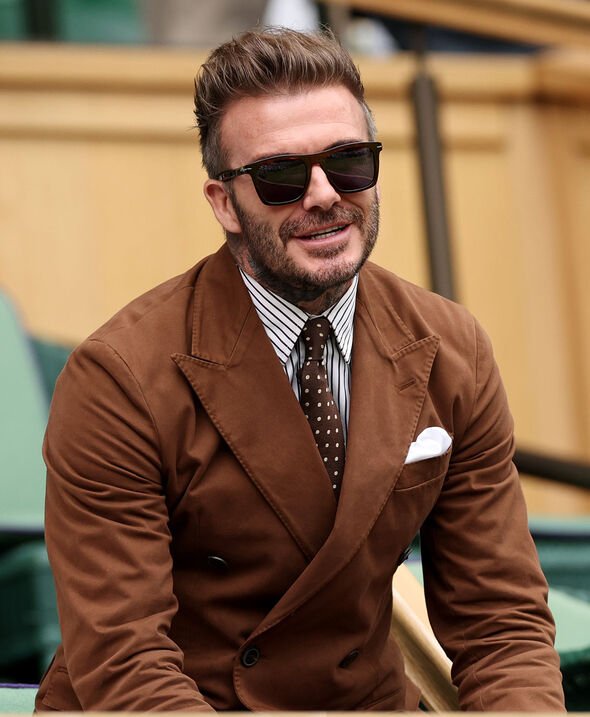 He was watching the centre court action in the Royal Box. 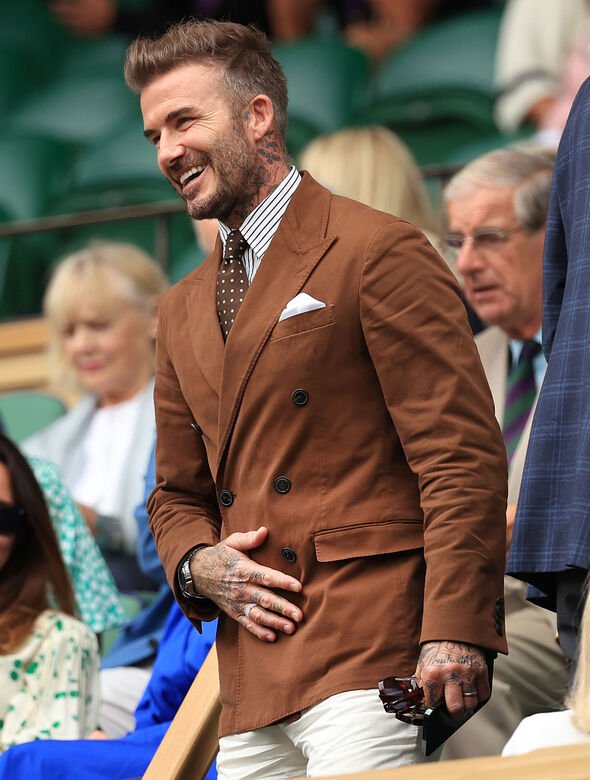 David was all smiles as he watched the tennis

The former footballer looked in high spirits as he attended day ten. 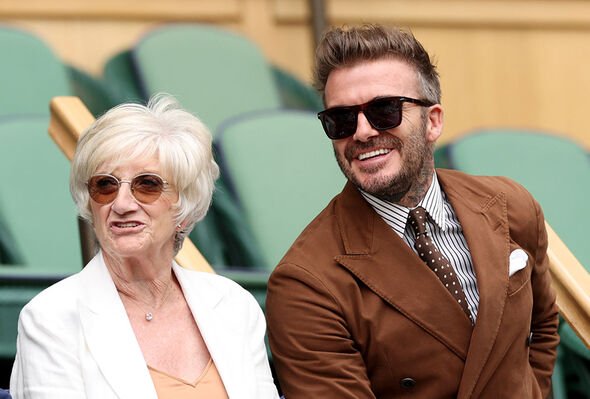 The mother and son duo looked to be having a fantastic time at the All England Lawn Tennis and Croquet Club. 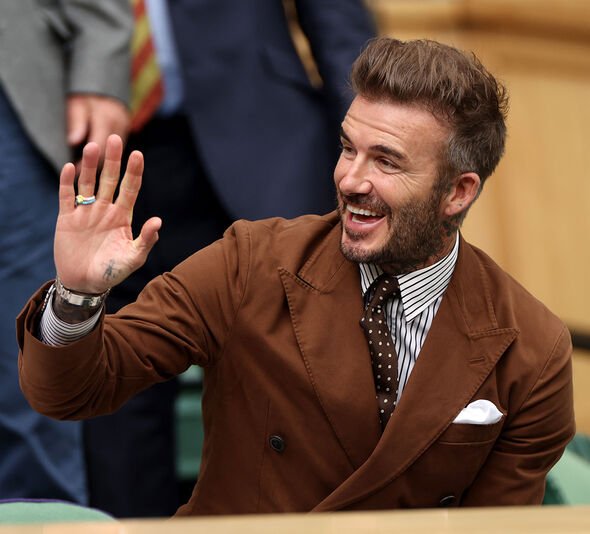 David gave his fans a wave, showing off his new ink

He looked stylish in a brown blazer with cream coloured chinos and a striped shirt. 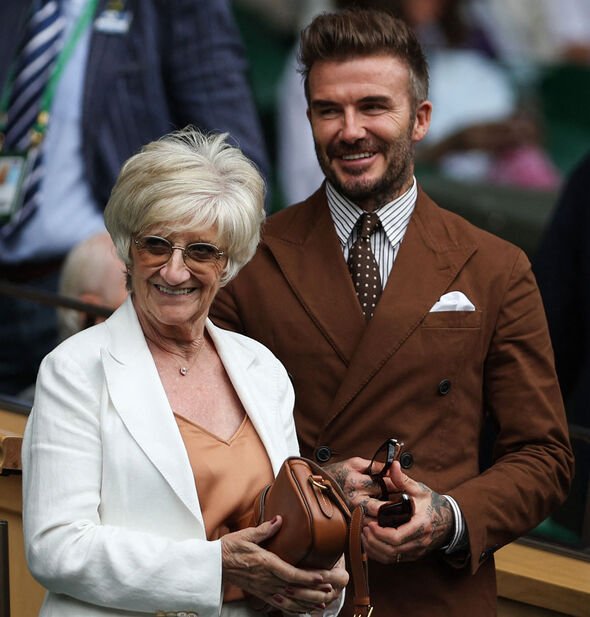 They rubbed shoulders with royalty as they watched the tennis.

They rubbed shoulders with royalty as they watched the tennis.