Having played one of the soap’s most hated villains, EastEnders star John Altman now looks noticeably different from his Nasty Nick days.

John was one of the original cast members when the show began in 1985, with the role coming to define his career despite John only being 33 at the time.

Nowadays though, The 70-year-old has ditched the hair gel in favour of a more natural hairstyle with long curls to his shoulder which compliments his natural greys.

He can often be seen sporting a ponytail when his not touring with the cast of The Mousetrap play.

In the Agatha Christie adaption, John plays an Italian business called Mr Paravicini who is one of the many suspects.

Speaking to The Bury Times about his latest role, the EastEnders icon said that he struggled to believe he was as old as the play but did say that he tries to look after himself as he ages despite his intense work schedule.

He told the publication: “I used to drink and smoke back in the bad old days of the '70s and '80s but I don’t any more.”

Unlike his on-screen alter ego though, the actor has been teetotal for well over 25 years and his health is significantly better for it.

“I’ve not had drink for 25 years," he said. "I try and eat well and get enough sleep. A lot of people don’t do that and it can be the cause of all kinds of problems.”

Perhaps someone should have told his character Nasty Nick this, as the villain was killed off in 2015 after he died of a heroin overdose.

He revealed this to the Sunday Times, stating: "Back in the early days, EastEnders used to have an omnibus every Sunday and we'd receive 80 per cent of our original fee. Very nice!”

The actor joked that he received about £25 from reruns of the BBC favourite last year alone. 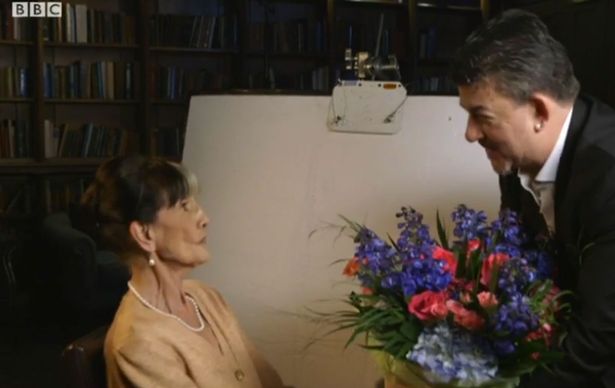 Though Nasty Nick was a career-defining moment for the actor, he has also starred in various stage productions including Chicago, where he played lead Billy Flynn.

On the silver screen, John has also played George Harrison in Birth of Beatles – using his love of music to help develop the role.

It was this passion that John credited for being in the entertainment industry for so long, adding that it was important to have “another string to your bow”.

This was even more crucial than his time on the beloved BBC soap, which John said “opens some doors and closes others.”.

A dark spot corrector, a hair treatment with collagen and a flat front belt

Eva Mendes Is Looking Forward to Summer of Boredom