Lorraine Kelly and Susanna Reid have taken to Twitter to predict Boris Johnson’s resignation after multiple Tory party members quit this evening. It comes as Chancellor Rishi Sunak and Health Secretary Sajid Javid resigned from their posts, warning there is a need for change at the top of government.

Surely it’s all over for Boris Johnson

Following the resignations, the ITV presenters were quick to take to the platform to have their say on the PM’s next move.

Addressing the resignations, Lorraine posted: “Surely it’s all over for Boris Johnson.” 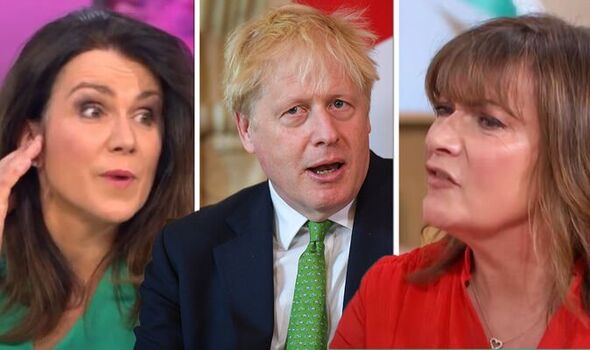 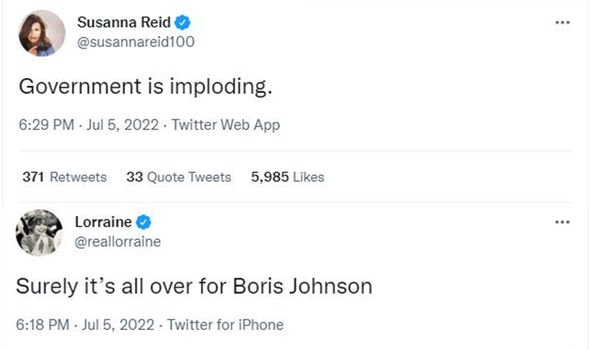 Sharing a full statement on Twitter, Sajid told how the current “situation will not change under [Johnson’s] leadership”.

He wrote: “I have spoken to the Prime Minister to tender my resignation as Secretary of State for Health & Social Care.

“It has been an enormous privilege to serve in this role, but I regret that I can no longer continue in good conscience,” he added. 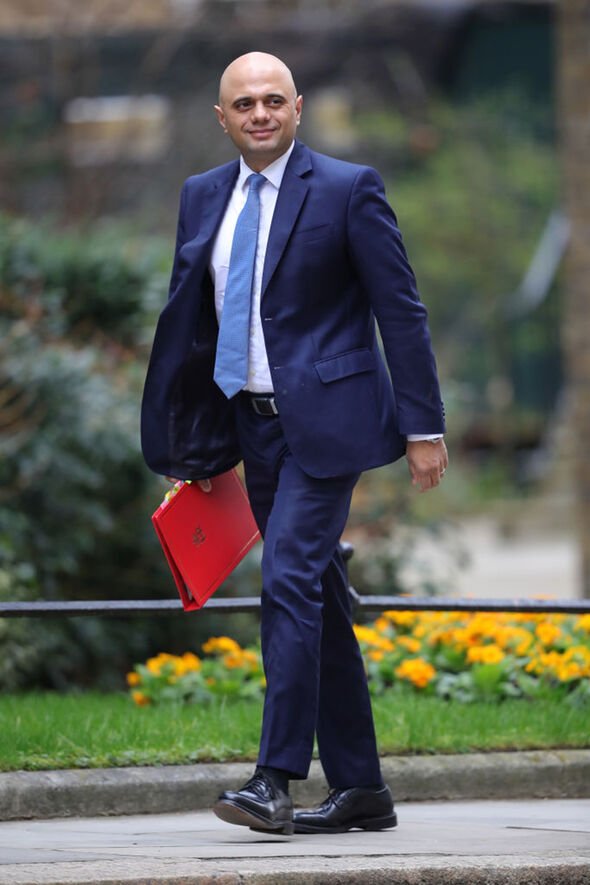 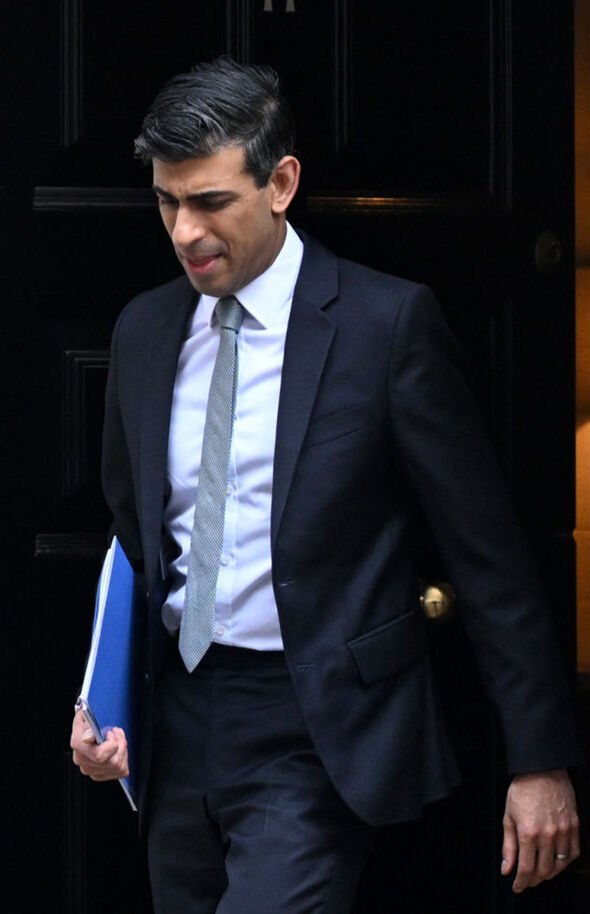 Rishi also took to the social media platform to share his reasons for resigning.

Alongside a letter to the PM, he wrote: “The public rightly expect government to be conducted properly, competently and seriously.

“I recognise this may be my last ministerial job, but I believe these standards are worth fighting for and that is why I am resigning.”

The resignations come following mounting pressure on the Prime Minister after it emerged he had appointed Tory MP Chris Pincher to a key welfare position in Government despite being aware of specific allegations of sexual assault against him.

Furious backbench Conservatives had been demanding members of the Prime Minister’s top team resign in a bid to force out the Tory leader.

In a TV interview today, conducted just moments before the resignations were confirmed, the Prime Minister apologised for hiring Mr Pincher to his Government role.

He said: “I think it was a mistake and I apologise for it. In hindsight it was the wrong thing to do.

“I apologise to everybody who has been badly affected by it.

“I want to make absolutely clear that there’s no place in this Government for anybody who is predatory or who abuses their position of power.”

Furious backbench Conservatives had been demanding members of the Prime Minister’s top team resign in a bid to force out the Tory leader.

The latest crisis to engulf the Prime Minister comes less than a month after he survived a confidence vote against him.

However, the Conservative leader survived despite 41 percent of his MPs voting against him.

Gemma Collins praises Jess Wright for her hilarious impression of her