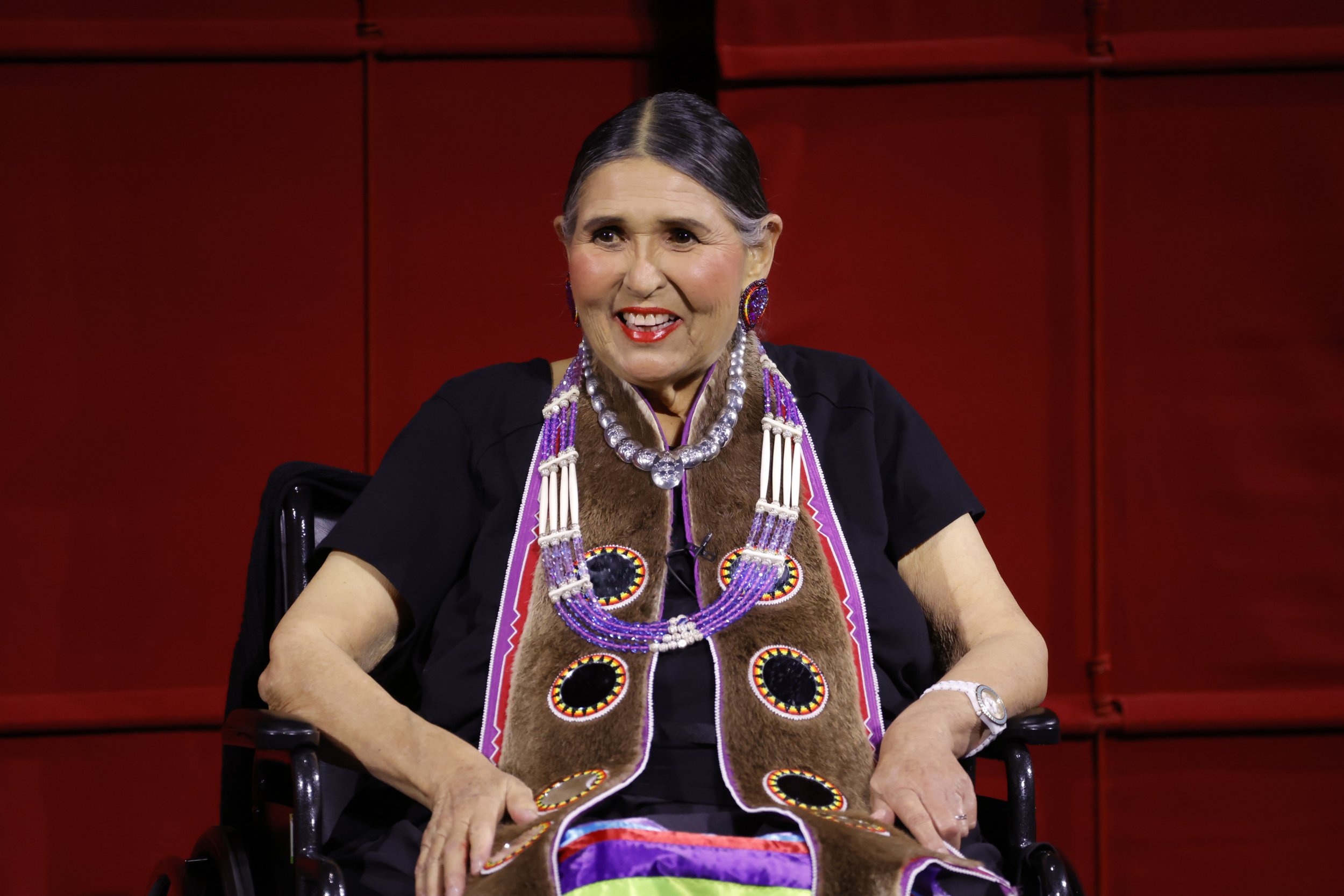 Her death was confirmed by the Academy of Motion Pictures.

Littlefeather, who was also a civil rights activist, made headlines in 1973 when she spoke to refuse an Academy Award on behalf of Brando, who had won the best actor gong for The Godfather.

He declined the accolade because of the treatment of Native Americans in the film industry at the time.

Last month, Littlefeather formally accepted The Academy’s apology after being heckled at the 1973 Oscars while protesting Native American mistreatment.

The Academy finally issued a letter of apology to her after almost half a century in August, which she addressed during a special evening held in her honour.

Speaking during the An Evening with Sacheen Littlefeather event at the Academy Museum of Motion Pictures in Los Angeles, Littlefeather said: ‘I am here accepting this apology.

‘Not only for me alone, but as acknowledgment, knowing that it was not only for me but for all our nations that also need to hear and deserve this apology tonight.’

She continued: ‘Now, I would like all the Indian people in this audience to stand. Look at our people, look at each other and be proud that we stand as survivors, all of us.

‘Please, when I’m gone, always be reminded that wherever you stand for your truth, you will be keeping my voice and the voices of our nations and our people alive.

‘I remain Sacheen Littlefeather. Thank you.’

Littlefeather starred in seven films and two documentaries in her lifetime. Her first credited role was in the Italian-Spanish crime film Counselor at Crime in 1973. That same year, she had an uncredited role in the American neo-noir film The Laughing Policeman.

Her last appearance was in a short documentary about her life, titled Sacheen: Breaking the Silence, which aired in 2018.

The Truth About Michelle Obama And Oprahs Relationship