Tom Hardy, 45, shocked Milton Keynes residents when he rocked up to compete in a martial arts tournament this weekend. The Dark Knight Rises actor further amazed fans when he won the competition.

The Mad Max star, who is an accomplished blue belt in Jiu-Jitsu, took home a gold medal after showing off his impressive moves.

The actor dressed in a blue jiu-jitsu gi, which at points when opened revealed the many tattoos covering his chest.

The star eventually beat his final opponent, securing his victory in the competition by an arm bar submission. 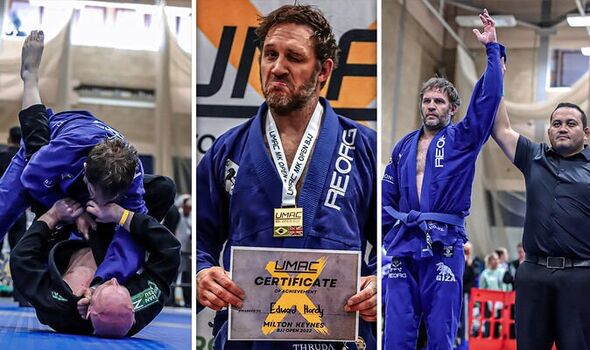 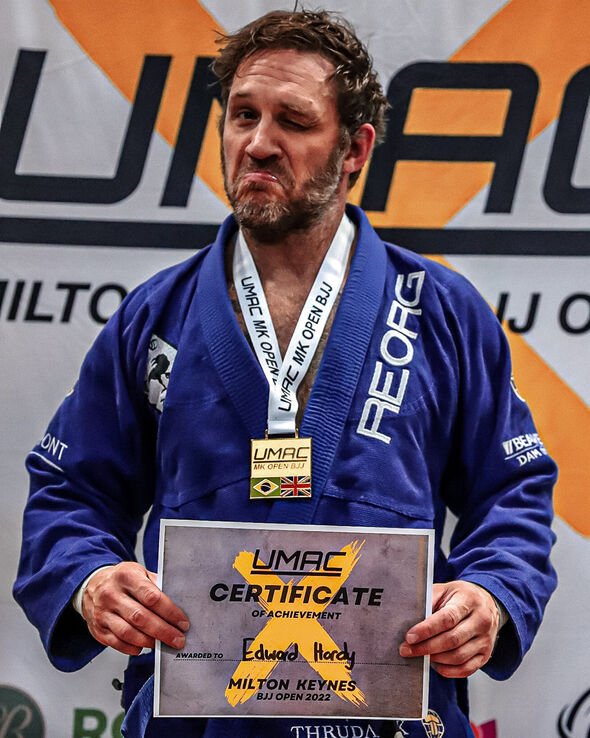 A spokesperson for the UMAC told the MK Citizen: “Tom was a really nice guy.

“Everyone recognised him but he was very humble and was happy to take time out for people to take photographs with him.

“It was a real pleasure to have him compete at our event,” the spokesperson added.

According to the Daily Mail, Tom secretly arranged to participate in the tournament with the event organisers weeks beforehand. 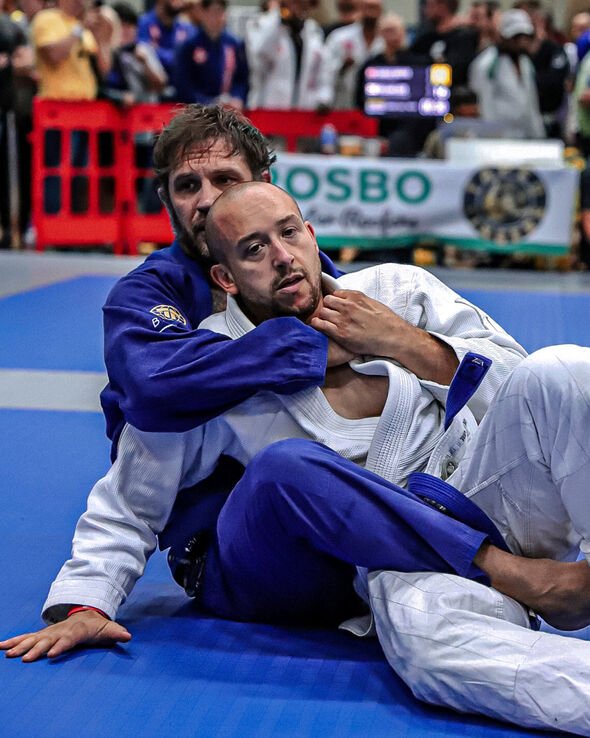 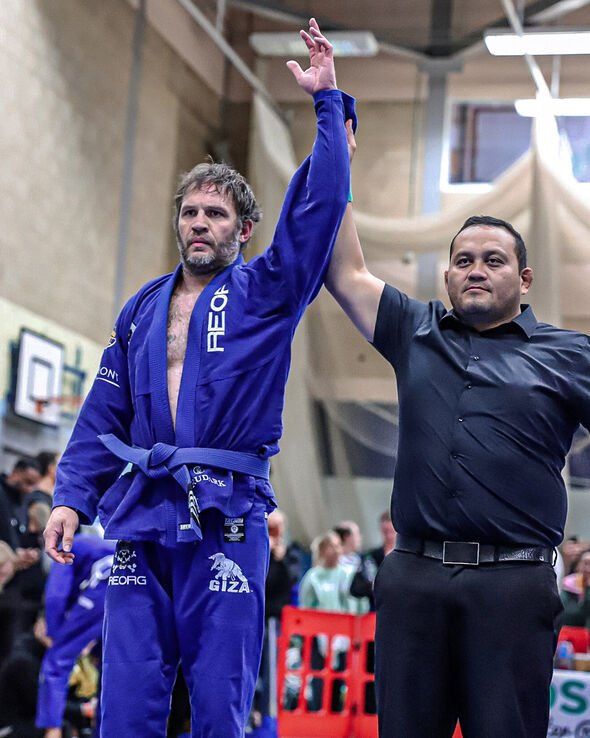 The paper reports event sponsor Sean Rosborough saying: “We found out he was coming probably a couple of weeks before.

“He was brilliant. A lot of people were asking for photos, and coming up to him, and he had no problem with that at all.

“The mums were all over him. It didn’t bother him,” Sean added.

In 2011, Tom began training for the sport as part of his role in the film, Warrior.

The film, directed by Gavin O’Connor, centres on a pair of brothers who are mixed martial arts fighters and also stars Joel Edgerton.

Tom’s final rival in the competition, Andy Leatherland, went on to tell the publication that the movie star had been “very focused” and “absolutely sound” throughout the tournament.

Speaking about his defeat, he continued: “I made a mistake and he capitalised on that. He absolutely nailed it, and he subbed me, and it was over relatively quickly.”

According to Essential Jiu Jitsu, Brazilian Jiu Jitsu is “a predominantly ground-based martial art, using the principals of leverage, angles, pressure and timing, as well as knowledge of the human anatomy, in order to achieve a non-violent submission of one’s opponent.

“Unlike other martial arts that focus on strikes and/or kicks, jiu-jitsu focuses on close-contact ‘grappling’ holds and techniques, and the application of chokes and joint-manipulations.”

Tom is an award-winning actor who made his film debut in Ridley Scott’s Black Hawk Down in 2001.

He won BAFTA’s Rising Star Award in 2011 and was nominated for a Best Supporting Actor Oscar in 2015 for his performance in The Revenant.