The Suspect: Aidan Turner stars in trailer for ITV drama

In the penultimate episode of ITV’s The Suspect, viewers have been on the edge of their seats to uncover the truth behind Catherine’s (Tara Lee) death. With officers DS Devi (Anjli Mohindra) and DI Ruiz (Shaun Parkes) believing Dr Joseph O’Loughlin (Aidan Turner) has some involvement, they continue their investigation, although viewers have slammed their performance.

With DI Ruiz and DS Devi determined to get justice for Catherine, they’re convinced that Joe is somehow linked to her death.

At the start of the episode, fans saw Joe flee to his dad’s house for sanctuary as a large amount of evidence was stacking up against him.

From past sexual abuse allegations made against him, Joe claiming she was infatuated with him and Catherine applying to work at Joe’s practice, things weren’t looking good for the doctor.

In the episode, Ruiz had a feeling that he was missing something in the investigation that could help get arrests underway but he wasn’t sure what. 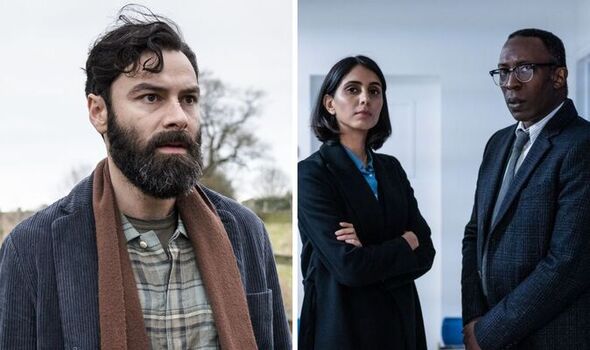 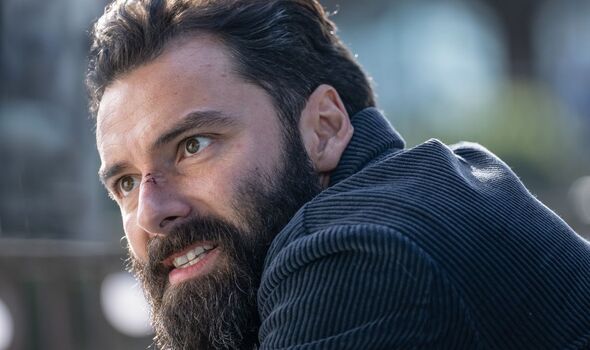 Despite the two police officers doing their best to help solve the case, viewers of the ITV show were left less than impressed with their efforts.

Santwantbe said: “#DIRuiz in #TheSuspect on @ITV is the most irritatingly stupid copper character I’ve ever come across. A tool. A total plonker. He makes me so angry that I want to smack him one around the face.”

“Ohhh these two Coppers are just the worst! Beyond annoying,” commented Kerrybu70683649. 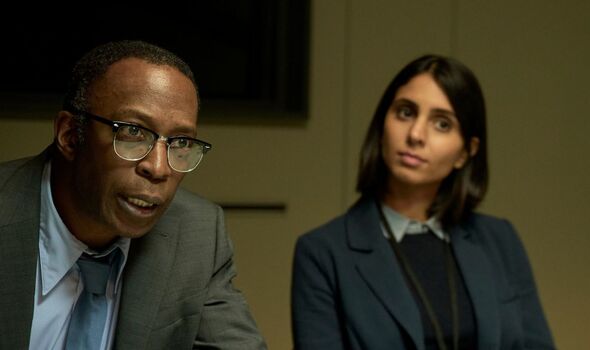 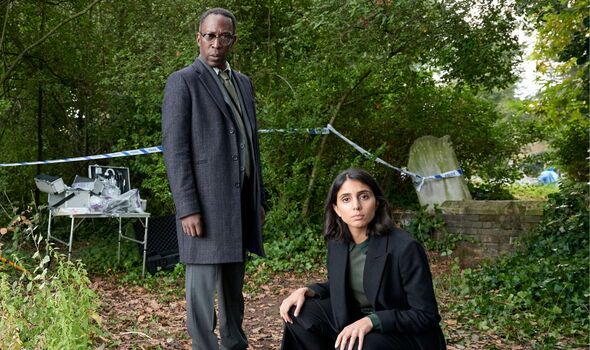 While Twitter user JACKSINLONDON said: “These 2 detectives are mind-numbingly bad.”

“Time to watch the dimmest police ever,” swiped Demelcy.

With NLinnane commenting: “The two police officers have to be the thickest pair ever.”

Speaking about his appearance in the ITV thriller, actor Adrian, who is best known for playing Poldark in the period drama, said it was refreshing to be in a current role.

He told Radio Times: “A lot of the jobs [I’ve had] in recent years have been either fantasy or period or not contemporary.

Looking a far cry different from his previous roles with a full beard, Aiden revealed that he decided to keep it after lockdown to make his character more interesting.

Aiden added: “There’s an element of mystery to this piece – tonally it’s kind of eerie.

“One of the lines in the show is ‘Never trust a man with a beard.’

“We were talking about how people can hide behind facial hair. Sometimes it’s hard to read his expressions.”

Next week will see the final episode of the ITV thriller as viewers will finally uncover the truth behind Catherine’s death.

The Suspect continues next Monday on ITV at 9pm.

The Wardrobe Malfunction Sarah Jessica Parker Wants You To Forget