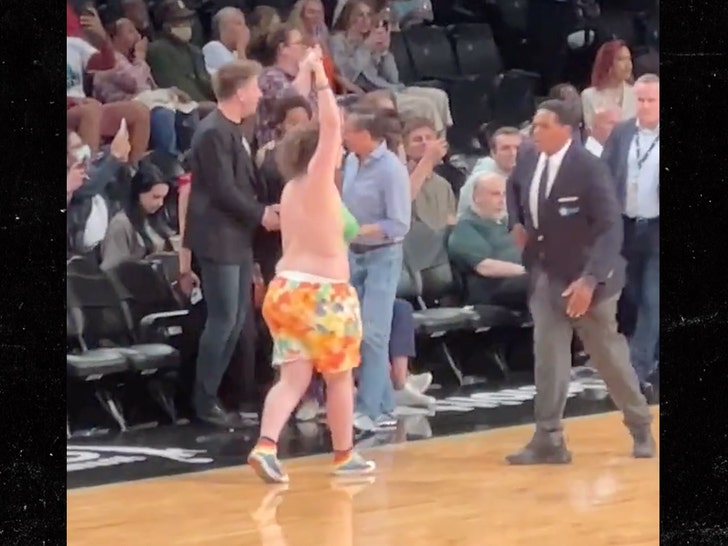 A group of topless women ran onto the basketball court during the NY Liberty game on Tuesday … storming the floor to protest pro-abortion rights.

The incident went down during the Lynx-Liberty game at Barclays Center in Brooklyn, NY on Tuesday … when several women — who we later learned were with the Rise Up 4 Abortion Rights org. — rushed to the court midgame, shirtless, with green paint on their breasts.

One of the protestors made reference to Roe v. Wade … “Overturn Roe? Hell no” painted on her chest.

The group was chased down by Barclays security and dragged off the court, not just in front of fans, but also NBA star Ben Simmons, who was sitting courtside. 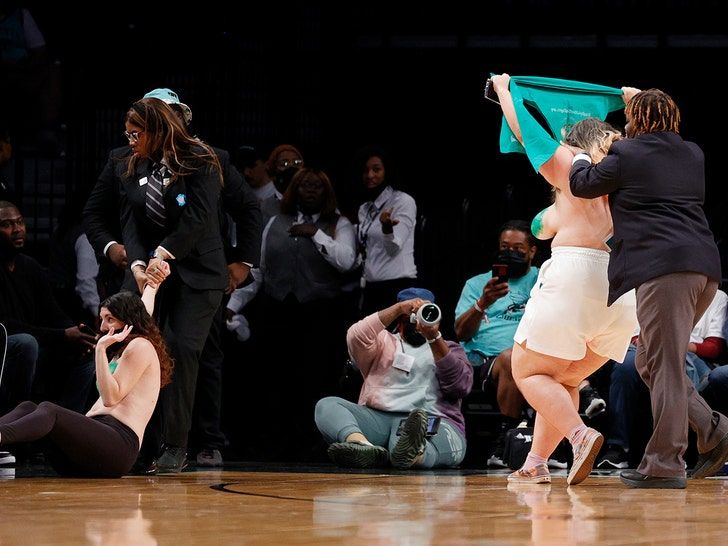 There were other abortion advocates who stormed the court — and remained in the stands holding up signs reading, “Abortion On Demand & Without Apology”.

According to the NY Post, no arrests have been made … and the org. released a statement on Twitter after the game.

“This wasn’t to protest the game or players, but to call on YOU to #RiseUp4AbortionRights NOW!” the org. said. 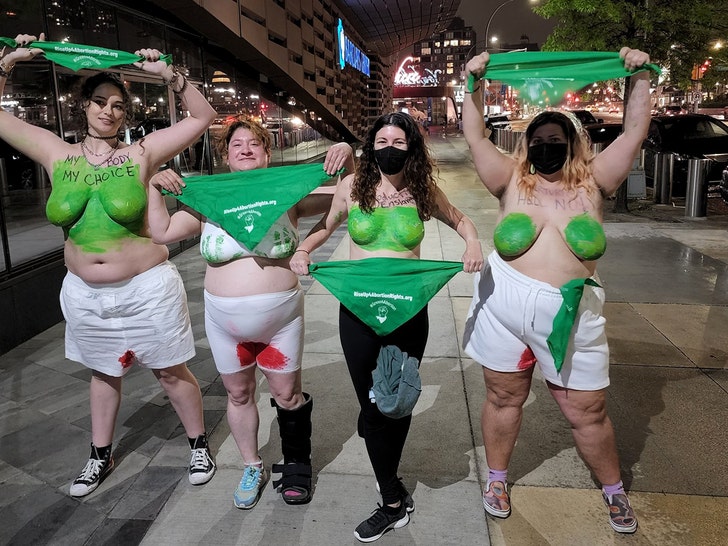 “Yes we know most people here support #abortionrights. NOW SAVE THEM! GET OFF THE SIDELINES & INTO THE STREETS!”

Of course, protesting during sporting events is nothing new. Earlier this month, a woman tied herself to a tennis net during the French Open semi-finals.

Shia LaBeouf & Margaret Qualley have apparently been dating for months

Ezra Miller Appears To Threaten Young Fan In Newly-Surfaced Video: 'I Can Always Just Knock You Out'