A FARMER has gone against the grain of what society expects her to look like while at work.

Many people wouldn't guess her hard occupation based on her outfits, but she doesn't care about the opinions of others. 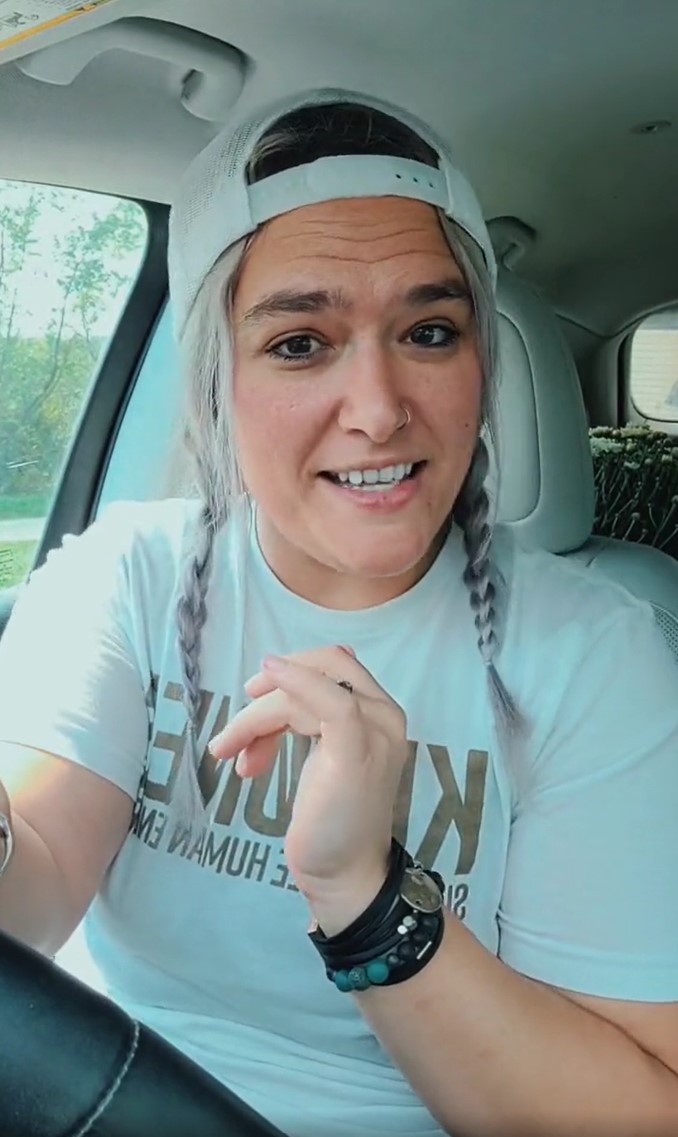 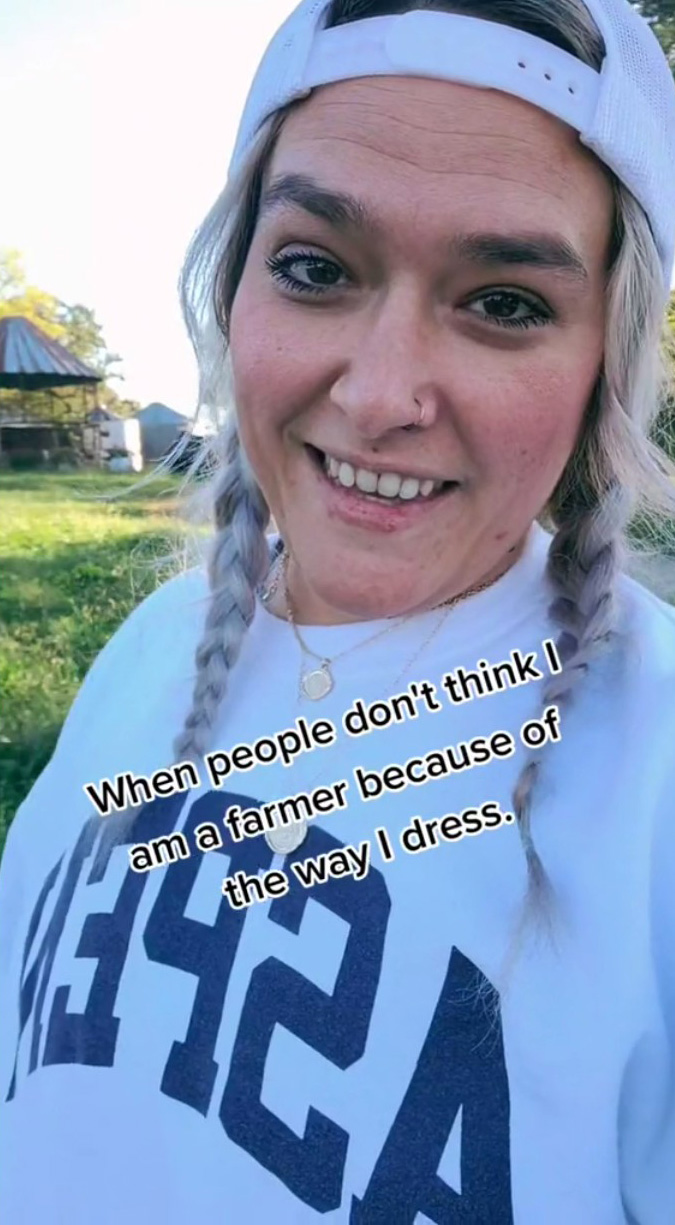 Farmer Ashley Lester (@lester_farms_homestead) showcases her busy life on an Iowa farm on her TikTok.

Alongside her husband, Brian, the couple is small-town row crop farmers with tons of chickens, cattle, and four dogs.

In a video, the blonde gave viewers a glimpse at what she normally wears when she's working the land.

It is a subtle clap back at people who don't think she's a farmer due to her stylish outfits.

At the start of the video, the female farmer was seen walking with the camera in front of her and visible from the chest up.

The farmwife showed viewers her surroundings before ending the video with several cows behind her.

She wore a white backward snapback hat, and a white crewneck sweatshirt, and had her hair in braided pigtails.

The subtitle over the visual read: "When people don't think I am a farmer because of the way I dress."

As a way to emphasize that farmers can wear whatever they want, Lester mentioned in the caption that "there isn't a dress code." 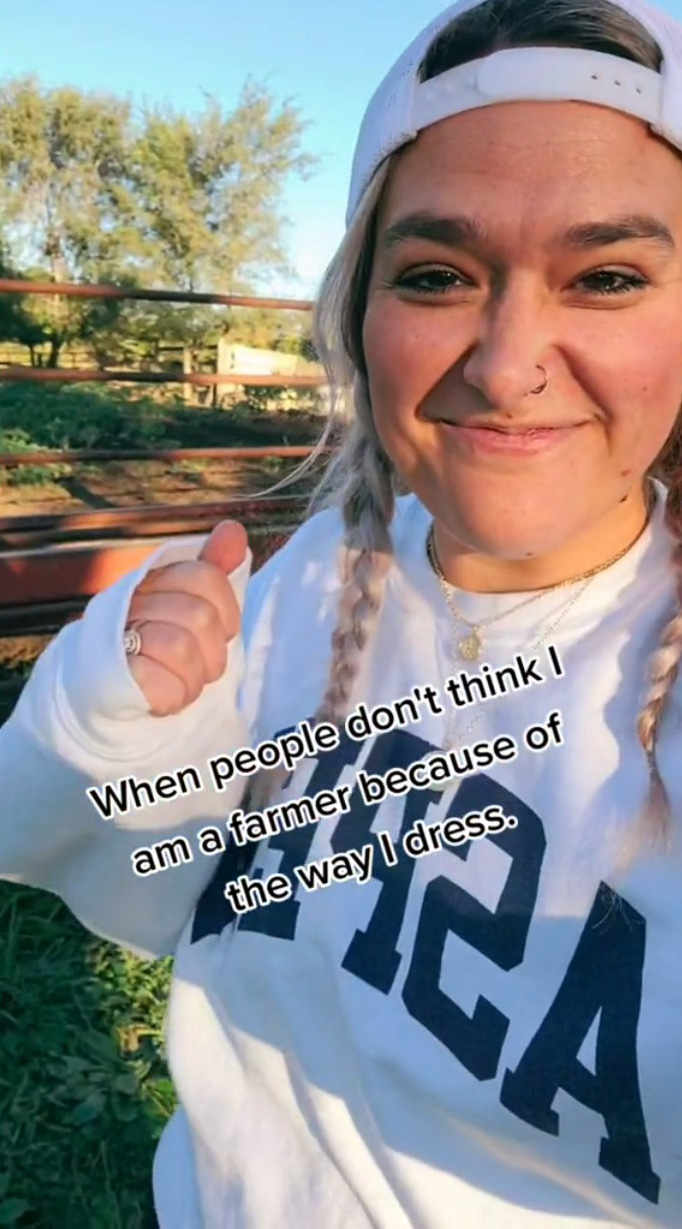 Mind-bending optical illusion reveals if you’re too forgiving or never move on – so which are you? | The Sun