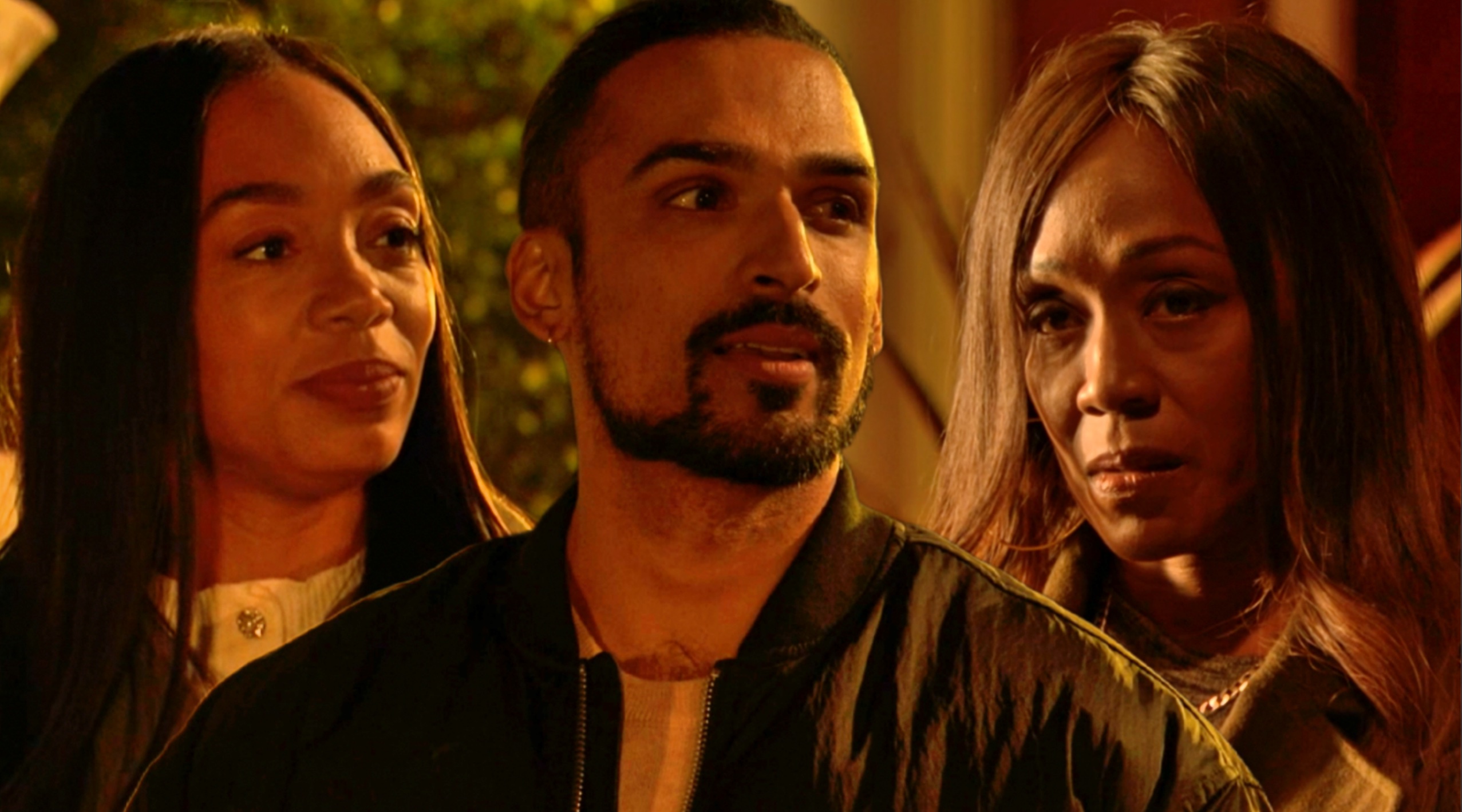 Denise Fox (Diane Parish) was on the warpath in EastEnders after finding out that Ravi Gulati (Aaron Thiara) had enjoyed a romantic night in the pub with Chelsea (Zaraah Abrahams).

Ravi, as viewers know, made a pass last week at Denise, following their heart-to-heart at Peggy’s. Denise knocked him back, claiming to be a happily married woman, though it seems like she might have feelings for Ravi after all.

The hairdresser made it her mission to set Ravi straight, telling him that nothing will ever happen between them. Ravi took note of her comments, but it’s clear he’s still holding a torch for her.

Chelsea, meanwhile, hit it off with the restaurant manager earlier this week, with the two arranging to go for a drink in the Queen Vic, which Alfie Moon (Shane Richie) had re-opened in Linda Carter’s (Kellie Bright) absence.

There was chemistry aplenty, as the two flirted with one another, and even set about arranging a second date, with Chelsea adding that she’ll save any potential kisses until then.

Denise, however, spotted her daughter in the company of Ravi, who she was quick to berate, believing him to be playing some sort of game.

Ravi was quick to remind Denise that she previously claimed to be a ‘happily married woman’, so it should make no difference to her who he dates, as he reiterated that he’ll see whoever he wants.

Is Ravi on to something? Is Denise jealous? Will sparks fly between her and Ravi at some stage?

EastEnders continues Thursday January 19 at 7:30pm on BBC One.

Kathleen Turner Returns for Final Season of 'The Kominsky Method'