Queen Elizabeth II was known for remaining stoic during public appearances, and although her funeral will be a hard day for members of the Royal Family, it is likely many of them will want to follow in her footsteps. However, some tears are likely on the sombre occasion and, according to a fashion expert, an age-old mourning tradition could help the women in the family maintain some “privacy”, even as the whole world watches.

Speaking to Express.co.uk, fashion coach Miranda Holder, who is known for her viral TikTok style videos posted under the username @themirandaholder ‘Your Feel Good Fashion Coach’ explained why she “anticipates” Kate Middleton and other royal women to wear some form of mourning veil during the service.

She said: “During the funeral, I am anticipating that mourning veils will be worn, although it’s not absolutely insisted upon, it is the royal tradition.”

Mourning veils date back hundreds of years and serve both a practical purpose, as well as an aesthetic one.

Mourning veils were popular during Queen Victoria’s reign. After her husband Prince Albert passed in 1861, she chose to wear a mourning veil and some form of mourning dress up until her death in 1901. 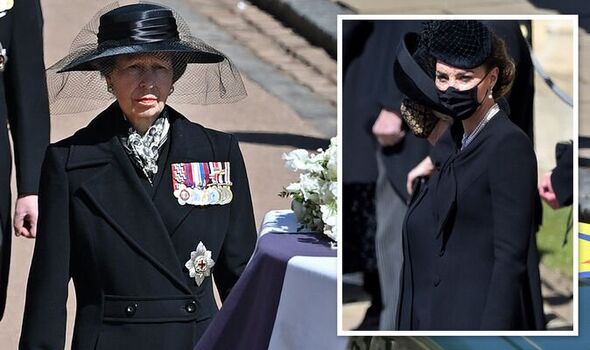 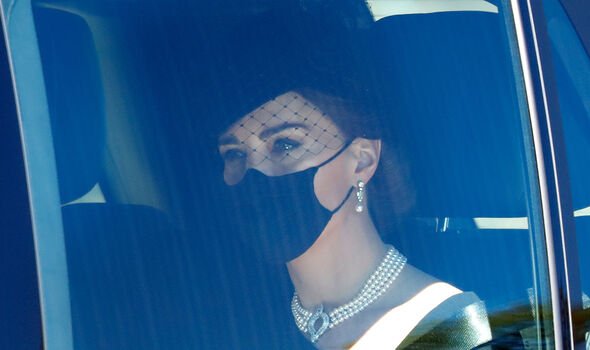 At this time, widows were expected to display their grief publicly.

The veils not only represented the mourning period but also serve the purpose of concealing the face at this time.

Traditionally mourning veils were much thicker and longer than they are today, and often covered both the front and back of the head.

Miranda explained: “It is actually a tradition among the aristocracy.

“This is simply a headpiece with a piece of towel or netting that comes down to conceal the face partially, which allows the member of the Royal Family to have a bit more privacy at this emotional time.

More recently, at Prince Philip’s funeral, his daughter Princess Anne opted for a more modern take on the mourning veil.

Miranda said: “We did see Princess Anne wearing a sort of mourning veil with a hat for Prince Philip’s funeral, even though we didn’t see the Queen in one.”

For the Duke of Edinburgh’s funeral, Princess Anne was photographed wearing a large black hat with a veil made from black netting. 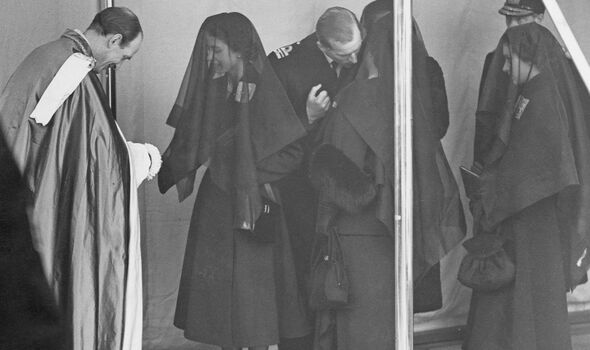 Although her face could be seen through the fabric, the netting hung low over the edges of her hat to provide a subtle barrier.

Kate Middleton also wore her own take on a mourning veil to the funeral. The Duchess of Cornwall and Cambridge opted for a small black hat by the designer Phillip Tracy, complete with netted detail which hung over the front.

Queen Elizabeth II herself previously opted to wear a mourning veil to her father King George VI’s funeral in 1952. Unlike the shorter, modern mourning veils worn by royal women, Her Majesty opted for a more traditional veil.

The black veil was made of chiffon material and was long enough to hang down below her waist. As was traditional, the veil covered both the front and back of her head.

What is the The Queen's Platinum Jubilee commemorative medal?