Need to circle something on your iPhone screenshot? Tech expert reveals little-known hack to neatly annotate: ‘This changed my life’

An Aussie tech whizz has shared a little-known iPhone hack for annotating screenshots and photos.

In a viral TikTok video, Ramal, from Brisbane, explains how you can add perfectly neat shapes and symbols to images simply by holding your finger down for an extra second.

‘Why has no one told me about this?’ the 21-year-old said in the clip which has amassed more than eight million views. 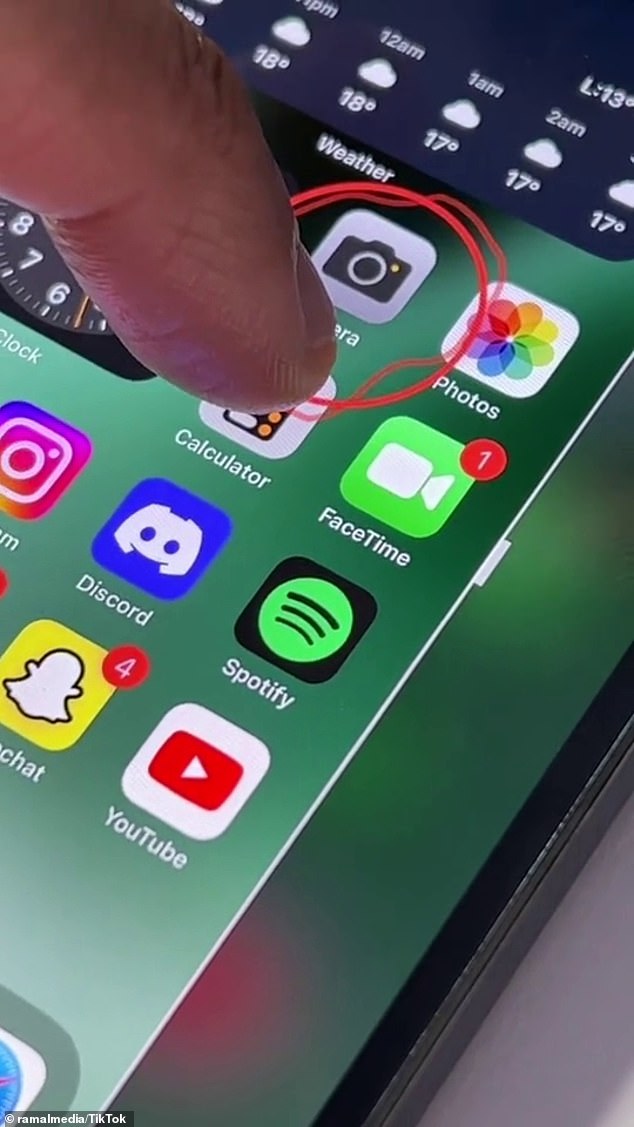 ‘You know when you take a screenshot on your iPhone and you try to mark something on there but anything you mark looks like complete doggy doo doo because you have the dexterity of a cucumber?’ he asked.

The tech enthusiast said iPhone users can add shapes to photos by tracing a rough outline and holding your finger down for a moment, before waiting for the device to ‘automatically clean it up’.

‘You can even do the same thing with lines and arrows as well. Hold it down and just like that, so much neater,’ Ramal said.

The function can be found in the editing tools when you take a screenshot as well as the ‘mark up’ option in existing photos.

Thousands of Ramal’s 364,700 followers were wowed by the simple, ‘life-changing’ trick.

‘Omg… I’ve had an iPhone for eight years and I still learn new tricks and hacks every day,’ one fan wrote.

‘Just tried it, it works omg!’ another said and a third replied: ‘This just changed my life’.

‘It does all shapes too.., including hearts and stars… I didn’t know this,’ a fourth added.

‘It doesn’t work if you take your finger off the drawing before pressing it down. Had to retry to get it right. Good tip,’ another explained.

34 Instagram Captions For Champagne That Are So Poppin’ & Bubbly