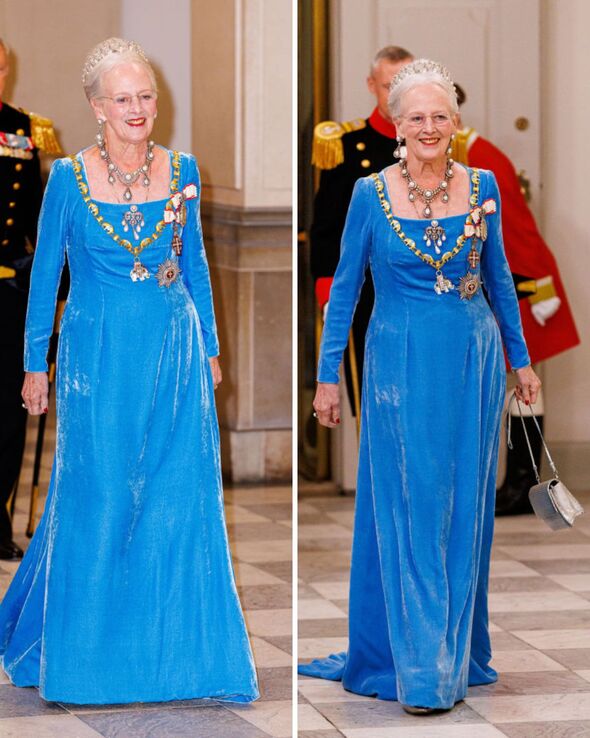 On Sunday, September 11, a gala dinner took place at Christiansborg palace, Denmark, to celebrate Queen Margrethe II’s Golden Jubilee. Celebrations were scaled back over the weekend to pay respects to the UK’s late monarch, Queen Elizabeth II, who passed away on Thursday, September 8.

The Danish monarch looked breathtaking in blue as she celebrated her momentous achievement.

Her gown was reportedly a Birgitte Thaulow and looked to be made from a shimmering velvet.

The dress featured a flattering square neckline and long sleeve, and the material gathered in the middle of the dress, cinching Margrethe in at the waist.

The material gathered in the middle of the dress, cinching Margrethe in at the waist. 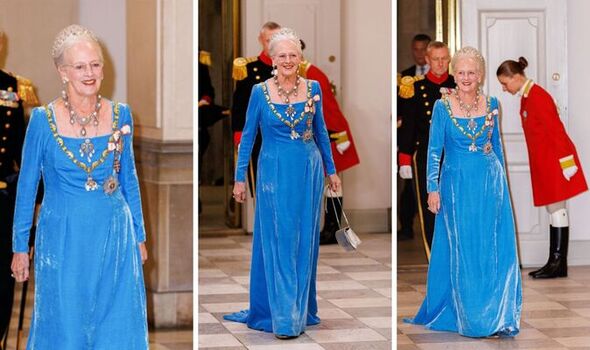 It fell into pleats just under the waist and the skirt of the dress trailed behind her slightly in a regal fashion.

Queen Margrethe is known for standing out in vibrant, head-turning colours.

This was also practised by her third cousin, the late Queen Elizabeth II.

The British Queen reportedly had a saying: “You have to be seen to be believed.”

In the documentary, The Queen at 90, Sophie Wessex explained: “She needs to stand out for people to be able to say ‘I saw the Queen’.

“Don’t forget that when she turns up somewhere, the crowds are two, three, four, ten, 15 deep, and someone wants to be able to say they saw a bit of the Queen’s hat as she went past.”

The 82-year-old Queen certainly stole the show in such a bold ensemble.

She paired this with an array of decorations including the Order of the Elephant, Denmark’s highest order. 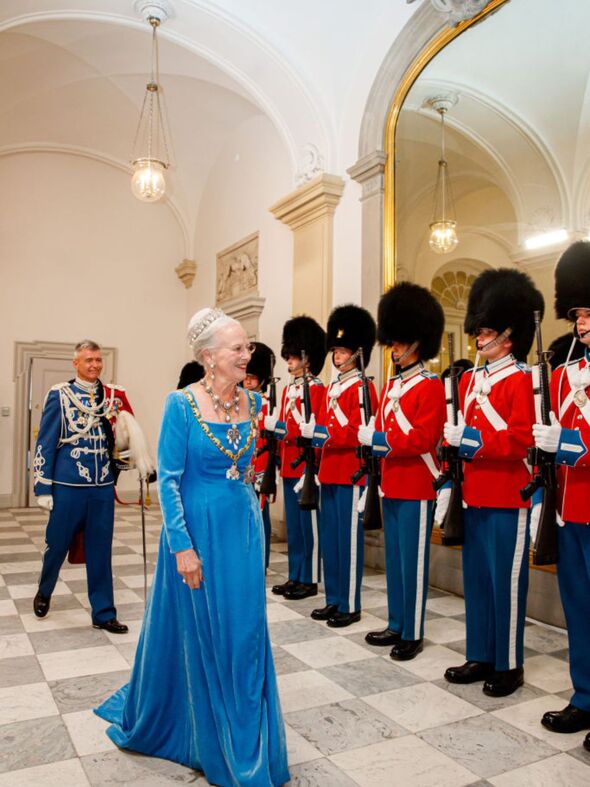 The Queen went all out when it came to accessories, too, wearing the stunning Pearl Poiré Tiara.

Regal as ever, the monarch opted to carry a dainty silver, short strapped bag, which complemented her silver, pointed toe pumps. 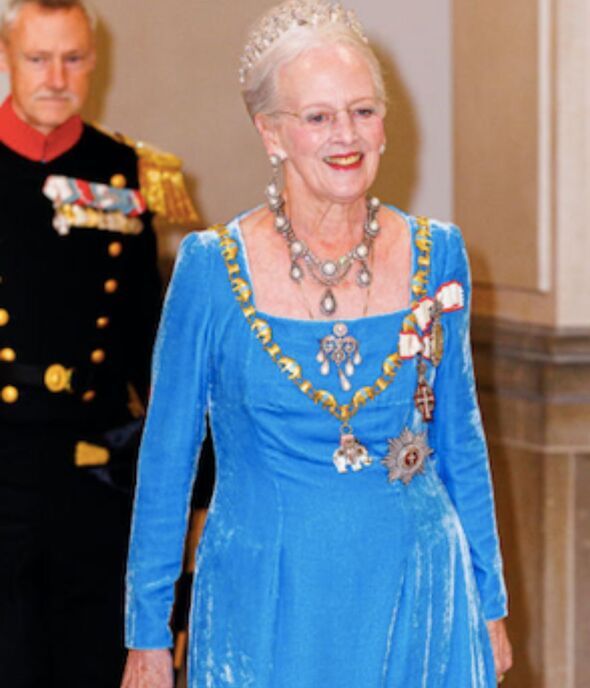 As is typical of the fashionable monarch, Queen Margrethe boasted red nail polish on her fingernails.

She paired this with a bold red lip, and as for other makeup, appears to have worn a sweep of blusher.

She wore her hair in an elegant up-do, pulled back in a sleek fashion with a middle parting.

I'm a frugal mum & am so cheap, I will use my friends' breastmilk for my kid – she even has a favourite now