The Albanese government is about to take its first really big risk. By breaking a major election promise. And Peter Dutton can’t wait.

The government formally hasn’t made a decision, but it is careering towards rewriting the stage three tax cuts. Dutton won’t have to wait long. 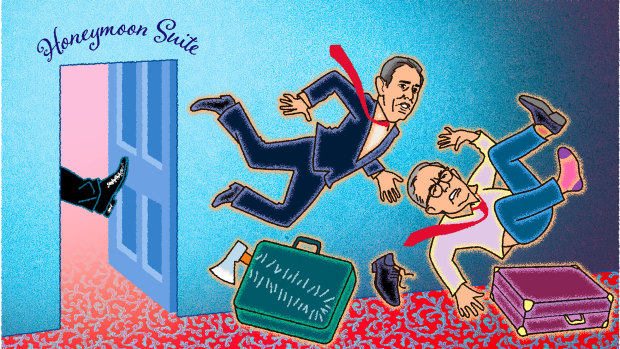 Otherwise, why would we even be talking about them? They are legislated to take effect on July 1, 2024. That’s one year, eight months and three weeks away. That’s half an economic cycle and three budgets hence.

As a member of Albanese’s own cabinet, Skills and Training Minister Brendan O’Connor, put it on Thursday: “Look, we’re still committed to stage three. It is a long, long way away. You know, if a week in politics is a long time, then almost two years is an eternity.”

But Treasurer Jim Chalmers wants to announce changes in his first budget in less than three weeks. He’s been adjusting public expectations accordingly.

“My job and the government’s job is to take the right decision, even if it’s difficult, to put the economics before the politics and let the political cards fall where they may,” says the treasurer. He invariably goes on to emphasise the immensity of the looming economic problems.

He set the hares running a week ago and he’s not done a thing to try to put them back in the cage. On Friday, he actually prodded them to run a little faster:

“The global economy has deteriorated significantly even over the course of the last few weeks,” he said, warming to his econo-porn. “The world economy is a dangerous place right now. The storm clouds are gathering in the global economy. And no responsible government could ignore that as they finalise a budget.”

If Albanese wanted to snare the hares, he had ample opportunity on Friday when he gave a speech and afterwards addressed reporters’ questions. But he did not. The prime minister and treasurer are preparing to rewrite the tax cut plan that they voted for and promised to deliver. To stop them now would require a cabinet revolt or a caucus insurrection. 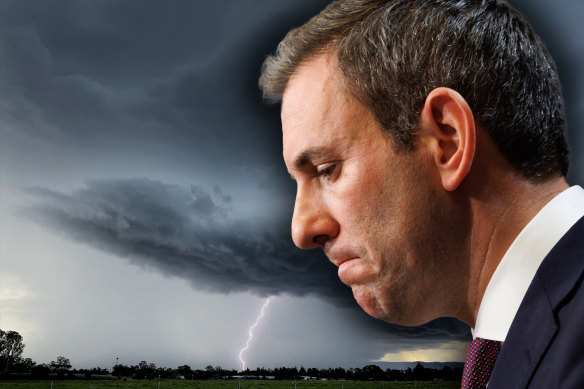 Dutton is warming up his attack already. It would be a “complete betrayal”, he says: “Australians don’t forget or forgive easily when that happens, when their leaders look them in the face and lie to them – and that’s exactly what is happening here.”

It is a dangerous move. The Albanese government was elected on a record low primary vote of 32.6 per cent. It needs to build this, not deplete it if it hopes to win the next election. Until now, Albanese has been scrupulous in meeting his election promises as quickly as possible in an effort to build trust.

So why change now? Why join the list of infamy – prime ministers who’ve broken big promises?

Jim Chalmers makes some accurate points. Accurate but not relevant. First is that storm clouds are gathering in the world economy. Indeed they are. An international recession is in prospect. And there’s a debt crisis under way. Countries increasingly are having difficulty servicing their debts as interest rates rise.

That’s why it was such a mistake for Britain’s new Prime Minister, Liz Truss, to announce that she’d drive the country deeper into debt to pay for a new program of tax cuts. A country’s debt level doesn’t matter until the day the markets decide it matters. And then it’s all they care about.

It would indeed be reckless for Australia to go deeper into deficit to borrow money for tax cuts at the moment. But the stage three tax cuts aren’t to do with this moment. They were legislated years ago and are factored into every projection by every credit rating agency and every institutional investor. And they don’t take effect for another 20 months.

If the storm is upon us by then, some stimulatory tax cuts might be exactly the right storm insurance at the time.

Chalmers’ second point is that inflation is rising. Indeed. That’s why the Reserve Bank is making it more expensive to borrow money, jacking up interest rates to curb activity.

It’s the wrong time to deliver an inflationary budget. It’d be silly for the government to hit the economic accelerator while the Reserve Bank is hitting the brakes. And it’s inflationary to hand out tax cuts for people to spend, especially if the government has to go deeper into deficit to pay for them.

But the stage three tax cuts are so far in the future that the economic picture could be very different by then. It would make more sense to contain spending in this month’s budget, and reassess in the next budget.

Chalmers’ third point is more relevant, as well as being accurate. The budget is under a lot of pressure – the Treasury projects that the amount of interest that the Commonwealth pays on its debt will rise by 14 per cent, the defence budget by 4 per cent, NDIS spending by 12 per cent and hospital outlays by 6 per cent in each of the next four years.

The stage three cuts are to cost the budget about $240 billion over 10 years. Dumping them would ease the fiscal pressure. But, as the opposition points out, Labor had all the relevant information on this before the election. It knew the cost of the tax cuts and the enormity of the future budget pressures. Yet it promised to go ahead regardless. In fact, Albanese recommitted to the tax cuts just five weeks ago.

The view from the government’s inner sanctum is that this is the chance to rewrite something Labor never really wanted but voted for only as part of its “small target” election plan.

The cabinet’s budget-setting group, the expenditure review committee, has no intention of dumping the entire suite of tax cuts. Because they kick in for taxpayers earning $45,000 a year, the very people Labor says it wants to help with the rising cost of living. The government is looking at the best way to benefit lower and middle-income earners while reducing the benefit for high-income earners. 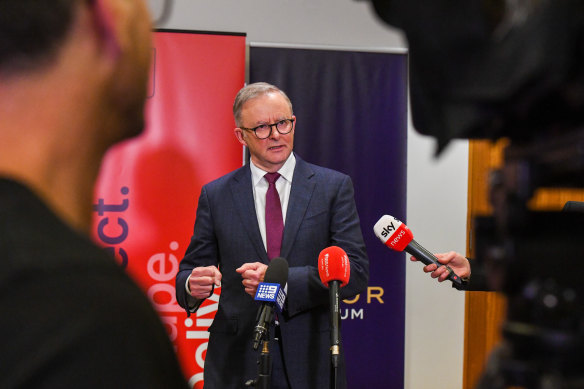 The Greens leader, Adam Bandt, has a killer line about the unfairness of the existing plan tax: “I’m not convinced that Clive Palmer deserves a tax cut at all.” Palmer and everyone earning more than $200,000 would get a tax cut of $9075 a year. Whereas a high school teacher on the average salary of about $84,000 would get a $987 tax cut, on the Australia Institute’s figuring. An early childhood teacher earning the average $62,000 would get $424.

About half the total cost of the existing legislated plan – about $17.7 billion in its first year – would go to the top 10 per cent of income earners. So by amending the law to exclude them, the total cost could be halved and the savings banked in the Treasury instead. Or, more likely, used to pay for higher Labor priorities.

And why do it now rather than in a later budget? The political argument in the inner sanctum is that if the tax cuts are to be revisited, it should be done now. Lance the boil, take the pain and allow the government time to recover before the next election.

This happens to be exactly what the veteran Labor campaign strategist Bruce Hawker would advise: “If you are going to break your commitment, you do it early in the life of the government so you have time to rebuild your credibility. There will be a backlash. But I don’t think there will ever be a better time.”

And even if the Liberals pursue the government over its broken promise all the way to election day, Albanese would be happy to fight an election over a Liberal plan to give a tax cut to the rich. Stage three is all but dead. The question now is exactly which of its limbs and organs are to be discarded, and which rearranged for stage 3.5.

How often should you wash bedding? We asked an expert so you don’t have to