Tess Daly, 53, shared an insight into how she gets ready to front Strictly Come Dancing shows, posting photos of herself in little more than a robe. The former model, who has been part of the Strictly family for almost 20 years, and has co-presented with Claudia Winkleman for the past eight, couldn’t wait to reveal how she prepares for her on-screen weekends.

Her 805,000 followers were treated to behind the scenes photos of the star in a navy blue velour dressing gown, which featured her name embroidered on the back.

Meanwhile, in another picture, she gave a thumbs-up sign to the camera while barefoot and wearing a hairnet, as she prepared for a spray tan.

Tess jokingly hit back: “Never stand between a woman and her hair net,” only for Tori to add: “Pretty much my mantra!” 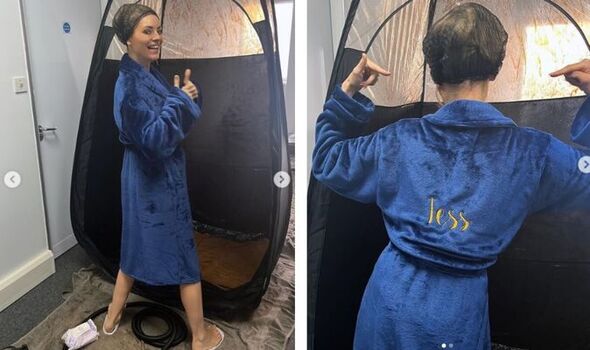 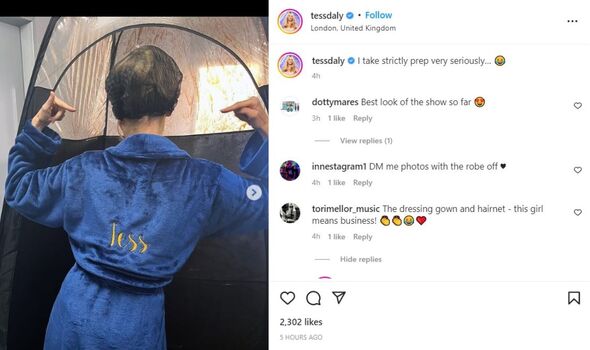 @tamasinhopkins initially misread the word ‘Tess’ emblazoned on the back of her robe.

“At first I thought this said Less, and that was a hell no! More more more!” she declared.

“Saturday night is the happiest night of our week, my seven year old son now sings the theme tune wherever he goes and is always excited to see your outfits.”

@alisonbarnes171 joked: “Getting strictlyfied is a serious business! Hope Claudia has her name on her dressing gown too! X” 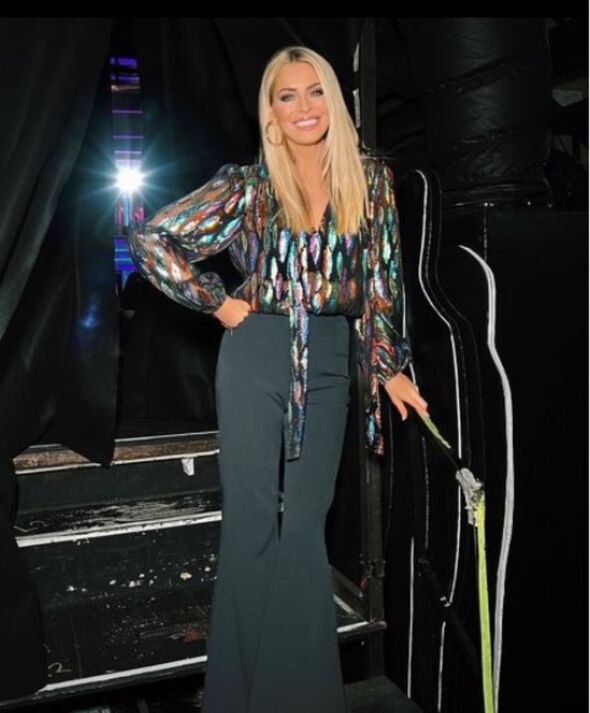 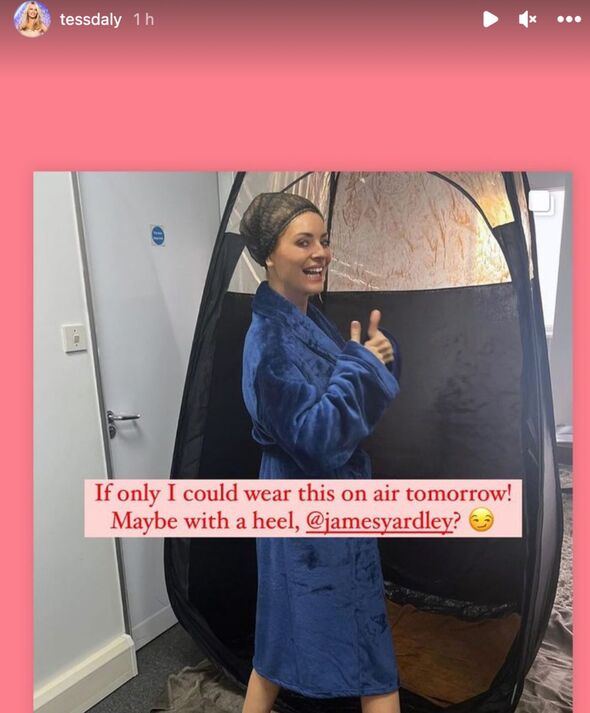 @clareseacombe praised the presenter with the fire emoji, exclaiming: “Can’t wait to see that tan live on set.”

Tess has accumulated many fans over the years, thanks to her long-standing stint on the show – and it was recently revealed that she has never taken more than three episodes off.

In the second series, she briefly took time off to give birth to her first daughter with Vernon Kay, and Natasha Kaplinsky stood in for her.

Her husband has since spoken out about her dedication to the show, explaining that she’ll continue until she reaches her 80s if she can.

“Strictly was probably one of the first shows to embrace two women as the main anchors of a huge Saturday night entertainment show,” he exclaimed proudly of his wife’s pioneering role.

“We’ve seen Ant and Dec for decades double-heading a show and I don’t think two women had done that before on such a large scale.

“As far as prime time entertainment shows go, Claudia and Tess really broke the mould,” he told The Sun.

The former All Star Family Fortunes host added that Strictly felt like a third child in their marriage, as Tess had been on the show since its very early days.

Vernon explained: “It sleeps for the majority of the year, but come August, when they start prepping outfits and talking about contestants, that’s when that baby comes alive.”

Tess has had viewers transfixed with her glamorous outfits over the years, although the latest snapshot she offered her Instagram viewers showed a very different side to her, in nothing more than her robe.

Fans will be glued to the screen this weekend for Movie Week, as the likes of Will Mellor, Kym Marsh and Hamza Yassan prepare to battle their way towards their ultimate goal – the coveted Glitterball trophy.

Strictly Come Dancing returns to screens tomorrow at 6:30pm on BBC One.

The woman who creates 500 Strictly outfits