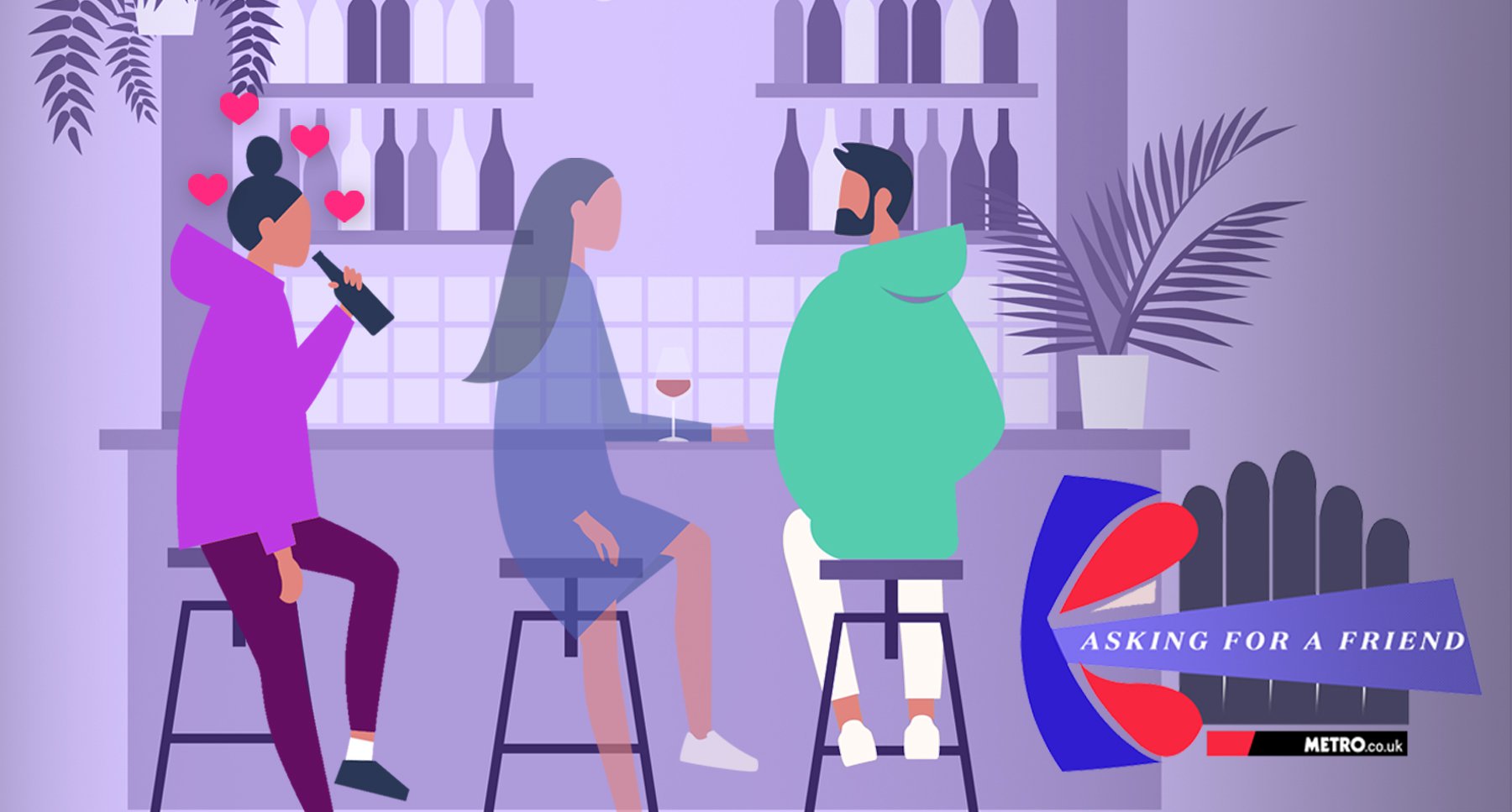 Asking For A Friend is the series where we answer the questions that you’ve always wanted to ask.

Guilty crushes can be exciting: think your boss or your lecturer, your friend’s older brother, a coworker.

They’re exciting usually because they’re taboo and, frankly, unlikely to manifest into anything more than a fantasy.

But are some guilty crushes too guilty to discuss openly?

When I asked my small Instagram following if they’d ever crushed on their friend’s partner, some of my friends jokingly accused me of homewrecking.

In all honesty, I expected tumbleweeds – even if you did have a crush on your friend’s partner, surely you’d never admit it?! – but the opposite was actually true.

Among replies that suggested a friend’s partner instantly becomes sibling-zoned and that crushing on them is breaking both girl and guy code, quite a few people admitted they’d been there.

In fact, one person told me they’d crushed on their best friend’s long-term partner for five whole years.

So, is it normal? And how the heck do you navigate it?

Is it normal to have a crush on your friend’s partner?

According to chartered psychologist Dr Meg Arroll, while it’s obviously a big red line, there are some really clear justifications for why someone might begin to see their friend’s partner in a more than favourable light.

For example, she says, it’s likely that your friend’s partner has similar core values and interests as your friend and, by extension, you.

‘If we think about how relationships are really built, communication is absolutely key,’ Dr Meg tells Metro.co.uk.

‘If you have common core values and common interests with someone, you’ll have a lot to talk about and you can feel a bond with your friend’s partner.’

Over time, this can develop into a fully-fledged friendship and, potentially, a crush.

Another thing is familiarity and perhaps a sense of envy: if you always see your friend being treated well by her partner, you might decide you want someone just like them.

‘You may observe your friend’s partner being very kind and doing the sorts of things that you also want in a relationship, and that might make you feel attracted to that person,’ says Dr Meg. ‘Because those are the things that we are really attracted to – somebody’s overt behaviours.

She adds that the element of taboo is also likely to play a role: ’It can feel a little more enticing and a little bit sexier.’

Should you tell your friend if you have a crush on their partner?

While most of us are aware that our friend’s partners are off limits, Dr Meg acknowledges that everyone’s moral compass is different.

‘It’s difficult because we do have this cultural notion that there is “the one” out there,’ she says.

‘And if we really have this internal belief that there is only one person out there for us, and we see that in the partner of our friend, we might even act on those feelings – but I wouldn’t say that’s the best course of action.’

Even if you aren’t planning to act on your feelings, they might make socialising with your friend and their partner awkward and guilt-inducing and you might want to distance yourself, but is it really a good idea to mention anything to them?

As Dr Meg notes that crushes come and go, but real friendship lasts a lifetime, so it’s important to weigh up whether it’s even worth bringing up your feelings rather than trying to quell them – essentially, is it love, or are you just vaguely attracted to your friend’s partner?

If you find the crush becomes overwhelming and you want to take some space without confusing or upsetting your friend, you might decide to tell them how you’re feeling, but it’s important to remember that you shouldn’t expect your friend to take this lightly.

‘If it’s really difficult, think about your other friends in your circle, and think about spending a bit more time with other people, so that you still feel you have that social support,’ says Dr Meg.

Once that’s in place, you can think about having the conversation with your friend, and let them know that you need some time because you were developing some unwanted feelings for their partner and don’t want that to sully the friendship.

At the end of the day, we can’t help how we feel. Dr Meg advises chatting about your feelings either with a therapist (if you can) or a trusted friend or family member.

Don’t let the guilt eat away at you, be true to yourself and, most importantly, try not to hurt anybody – including yourself.

Top Chef All Stars L.A. Week 9: Who Was Eliminated?

The Freedom Day deals you can get your hands on today