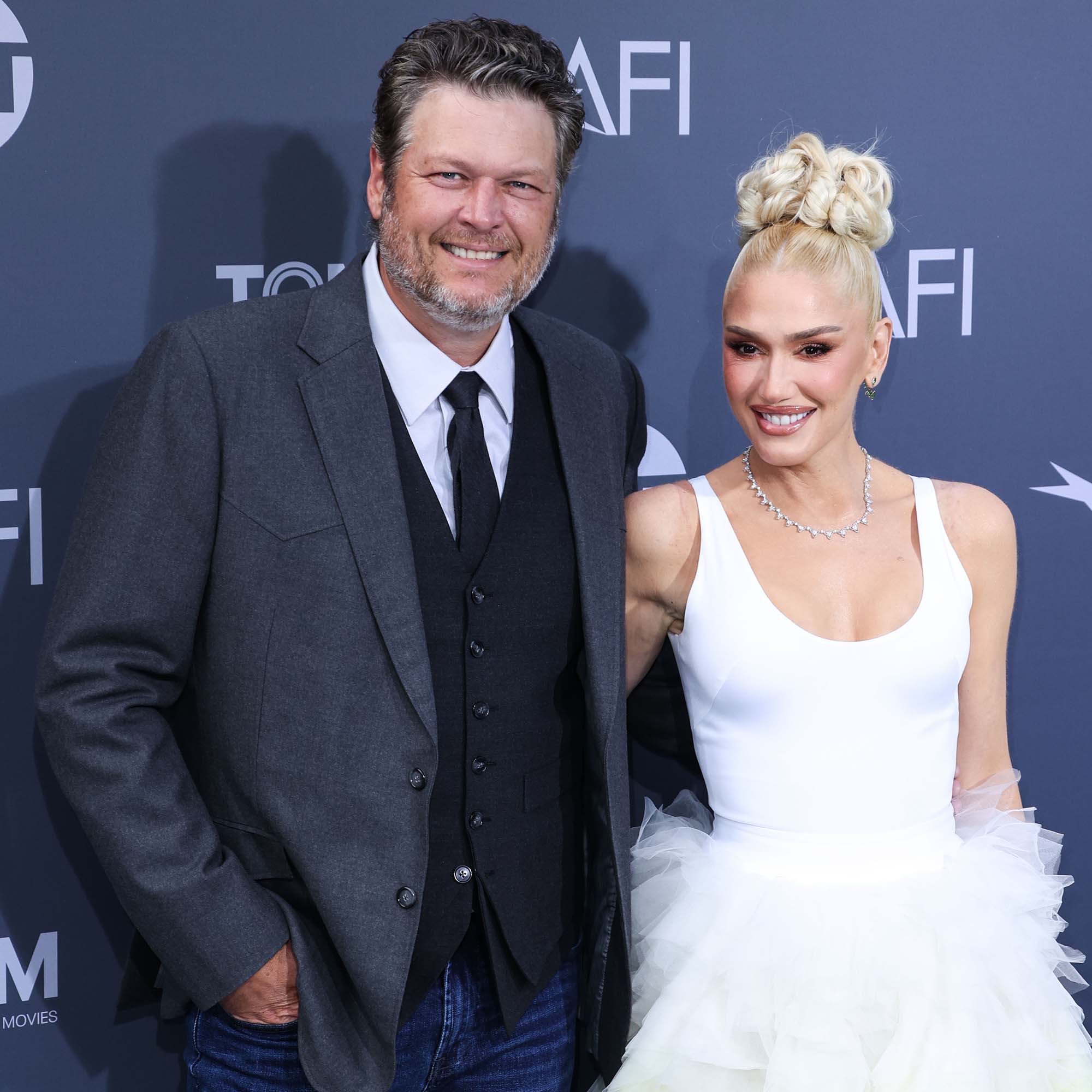 A change of priorities. Since getting married to Gwen Stefani, Blake Shelton has reframed his goals for his career — and that is exactly the way he likes it.

“Look, I love music and I love The Voice. I love all the cool things I get to do with my job, but those things all take a backseat now to Gwen and the kids and it’s just a new phase of my life,” Shelton, 46, told Entertainment Tonight on Friday, August 19, referencing his wife’s sons, Kingston, 16, Zuma, 13 and Apollo, 8, with ex-husband Gavin Rossdale.

The country singer noted that not rushing his artistic vision has allowed him to explore his creativity more.

“I’m having fun putting out songs when I feel like it and luckily the record label allows me to do that,” he shared. “They always support it when I do it and my stupid ideas of doing a ’90s country video — they’re always on board and because of that, we have a ‘God’s Country’ once in a while or a ‘Happy Anywhere.’”

Shelton also reflected on what his younger self would say about his romance with Stefani, 52. “I would have probably said, ‘Are you talking about that girl that holds up the orange in her video?’ I never understood until now that she’s from Orange County,” he added. “My entire life of knowing who Gwen Stefani even was ‘Is that the girl that holds the orange up in the video? Oh my god, she’s so hot, but why is she obsessed with this freaking orange, you know?’”

The couple started dating in November 2015 after working together on the set of The Voice. At the time, Shelton and Stefani were both coming off of respective splits. (The Oklahoma native parted ways with Miranda Lambert in July 2015. Stefani, for her part, filed for divorce from Rossdale, 56, one month later.)

“I think if Gwen and I were being honest right now talking about this, I think in the back of our minds, we both kind of thought this is a rebound deal because we’re both coming out of a pretty low spot in our lives and we’re kind of clinging to each other to get through this,” Shelton explained on Sunday Today With Willie Geist in June 2018. “But now here we are, going on three years later, and every day that goes by just feels like a stronger bond between the two of us, and it constantly feels like it’s going to the next level. That’s the way I think either one of us would probably describe it if she was sitting here.”

After five years of dating, the musicians got engaged in October 2020 and exchanged vows the following July.

The “No Doubt” performer later gushed about the major milestone. “I love my husband, and I love being married to him. It’s just the greatest thing that’s ever happened to me,” she said on Jimmy Kimmel Live! in March.