Blanche d’Alpuget, the widow of former prime minister Bob Hawke, is trading in her Hyde Park “city retreat”, having recently bought a two-bedder with a better study for writing in the building next door.

The author and Hawke’s former biographer listed her two-bedroom spread in the One30 Hyde Park tower this week with Ray White Residential’s Michael Lowdon, who has set a $4.3 to $4.5 million price guide. 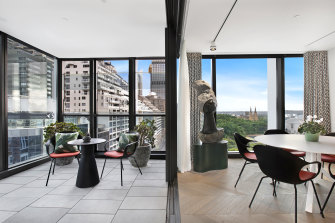 The two-bedroom apartment in One30 Hyde Park was originally planned as a three-bedder.

The apartment is the largest of its kind in the Bates Smart-designed tower on Elizabeth Street because it was planned as a three-bedroom unit but reconfigured into a two-bedder by d’Alpuget after she bought it off the plan in 2015.

D’Alpuget and Hawke paid $3.63 million for what was planned to be their city retreat, given it was close to Hawke’s office and saved staff from coming to their Northbridge home.

But two months after they settled on the newly built apartment in March 2019, Hawke died, aged 89. 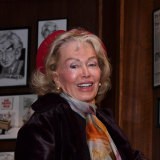 Blanche d’Alpuget is selling the “city retreat” she bought with Bob Hawke in 2015.Credit:Bianca De Marchi

Downsizing plans from Hawke’s Northbridge waterfront home of the previous almost 30 years were already under way, given its sale early that year.

The Labor legend had bought the Northbridge house in 1991 for $1.23 million, just six months before he lost the party leadership to Paul Keating, and rebuilt it as a contemporary four-level residence in 1993.

At the time it sold in early 2019 it reportedly fetched more than $14 million, but settlement revealed a $9.2 million sale figure to Peter Rawson, co-founder of the land-subdivision and home-building giant Rawson Group.

D’Alpuget, who was Hawke’s second wife, has bought a two-bedroom apartment in The Hyde tower next door to her recently sold pad. Sources say she paid $4.6 million for an apartment with views overlooking the Anzac Memorial in Hyde Park.

Who is Britains Got Talent golden buzzer act Axel Blake?