Addressing the drama. Teddi Mellencamp shared her thoughts on Jim Edmonds allegedly messaging her after she made fun of his wedding invitations on her podcast, Two Ts in a Pod, while his ex-wife Meghan King made a guest appearance.

“I actually wasn’t shocked [by Jim’s behavior] because from everything that I saw of him on [Real Housewives of] Orange County, it kind of just played right into exactly who I thought he was,” Mellencamp, 41, exclusively told Us Weekly on Wednesday, August 3. 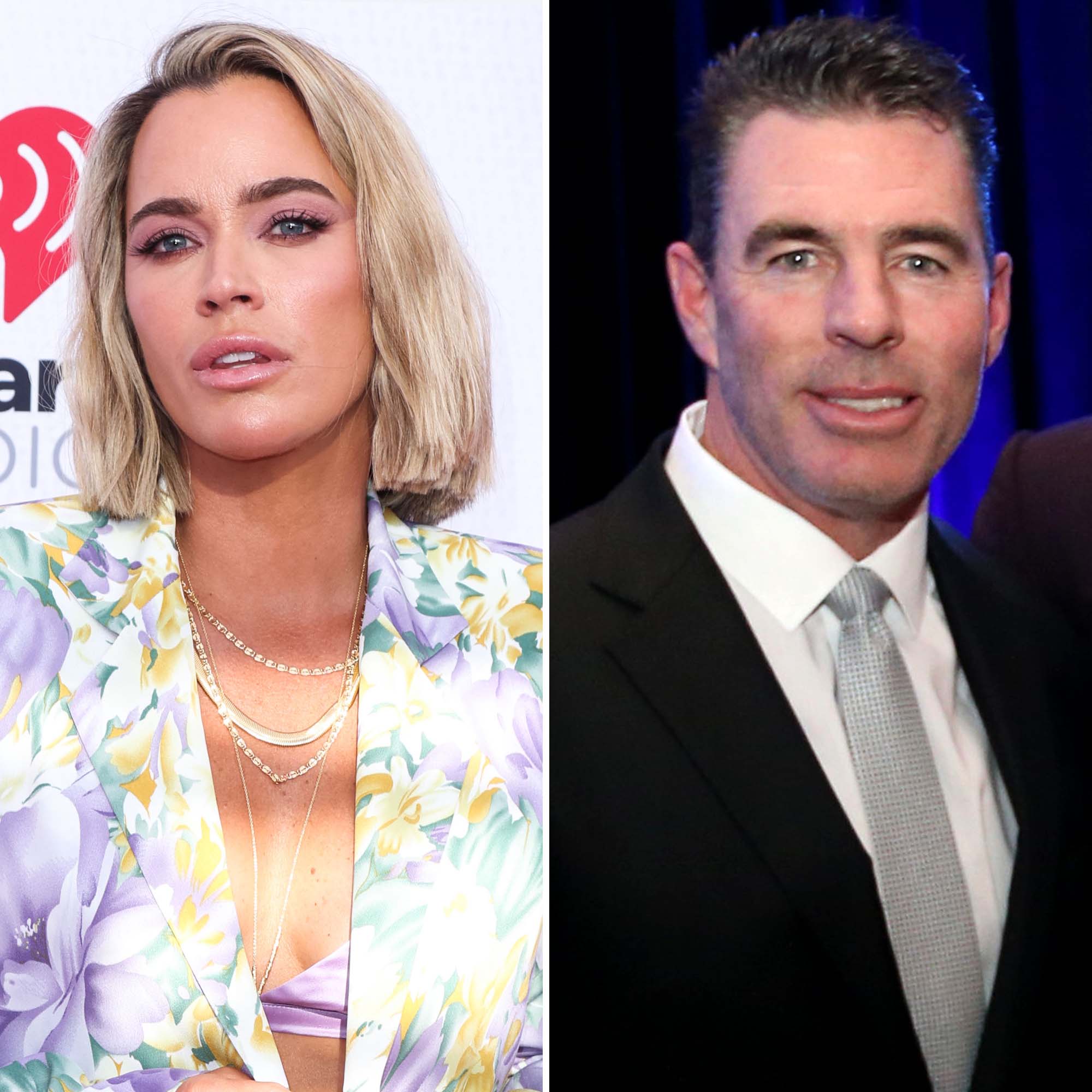 “Take a joke,” the Real Housewives of Beverly Hills alum added. “Meghan had nothing to do with it. She came in, I had just gotten sent it. I’m on a podcast where we talk crap. I mean, that’s what the podcast is. And, you know, this over-the-top invite came, and I saw it and made a joke of it. “

The Indiana native shared screenshots of text messages that Edmonds, 52, allegedly sent her after the podcast episode aired on Thursday, July 28. The MLB alum asked if King, 37, circulated the invitation.

Meghan King and Jim Edmonds’ Ups and Downs Over the Years

“She did not. I blindsided her. I got a dm with it,” Mellencamp replied in the text thread. After the Celebrity Big Brother alum said she would not reveal who had sent her the invite, the former center fielder pressed her further.

“Show me the DM without the person’s name on it then. I don’t believe anything that comes out my ex’s mouth, so how should I trust you?” he allegedly texted the reality TV personality.

John Mellencamp’s daughter told Us her theory about why Edmonds was so insistent on finding out her source.

“I think he likes to get his own way,” she said. “He uses a scare tactic in hopes that you’ll back down.” She added: “The only thing I didn’t like was a man talking to a woman like that.” Per the alleged text conversation, the retired athlete also called the podcaster “trash” and advised her to “clean up her own s—t” and “stop worrying about other people’s before it comes back to bite you in the ass.”

In a statement to Us, Steve Honig, a rep for Edmonds, said, “It’s unfortunate when someone’s livelihood is based almost entirely on talking poorly about other people. And it’s not a joke when you are on the receiving end.”

Mention It All! Real Housewives’ Legal Troubles Through the Years

During the episode of Two Ts in a Pod, Mellencamp said Edmonds’ wedding invitation’s nod to James Bond was “very cringe” and read it aloud to his ex-wife. “I mean, everyone has their own style,” King said. The Missouri native shares 5-year-old daughter Aspen and 4-year-old twin sons Hart and Hayes with the former baseball player. They finalized their divorce in May 2021 after nearly seven years of marriage.

“I don’t know what coparenting is,” the Bravo alum joked to Us in February. “I struggle with communication [with Edmonds]. In order to coparent, you have to communicate right? Yeah, so that would be a good start. … Jim hates me. It’s horrible.”