Once a year I pull out an old sequined dress. That dress wouldn’t fit over my head these days. Yet in the cupboard it stays – hanging in the windy void of those clothes that we don’t throw away. Did I really have such slender shoulders, I wonder, before falling into a slump and a pack of mini rolls.

But that dress holds a special place in my former fashion PR heart. It represents one of many days in my old life when I used to represent the likes of Victoria Beckham, Anya Hindmarch and Bella Freud. I have several such garment memories languishing in my wardrobe. This one specifically represents the day of the Elspeth Gibson spring/summer 2000 show in September 1999.

‘Who is Elspeth Gibson?’ any of you under the age of 40 may cry. Those of us of a certain age will remember dreaming of teaming beaded skirts with cashmere jumpers. Or puff-sleeve lace shirts with knickerbockers. That was Elspeth. She was lauded. She won awards. She did homeware. She had a massively successful high-street childrenswear collaboration. Madonna was spotted in her tiny Knightsbridge store, causing a frenzy. I was her PR, and Elspeth took up so much of my time that no wonder I still look at that dress and refuse to let it go. 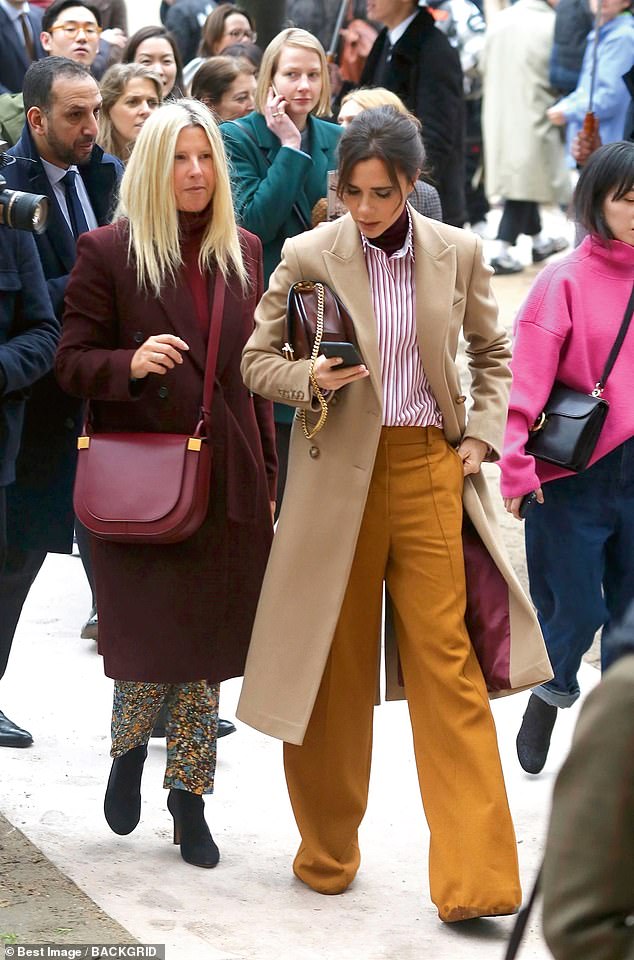 So what is fashion PR and who are these designers that rule our orbit? When you’re an independent designer you’re competing against the big houses, other young designers vying to be heralded as the next big thing and your bank manager. But the first rule of thumb: you must have a PR.

I lie. It’s not a rule. It’s a commandment. Because your savvy competitors will definitely have one. You need someone to be your advocate, ambassador, bad cop, therapist and sales person. PRs provide you with a showroom for your designs where stylists come in to peruse and efficiently choose pieces they want for a country punk story they’re photographing in a forest in Totnes.

‘Pick me! Pick me!’ screams the turquoise silk shirt hanging on the rail while the PR pretends to look at her phone but is internally wailing, ‘Pick the shirt! Pick the shirt! Otherwise I’m in trouble with my client.’ 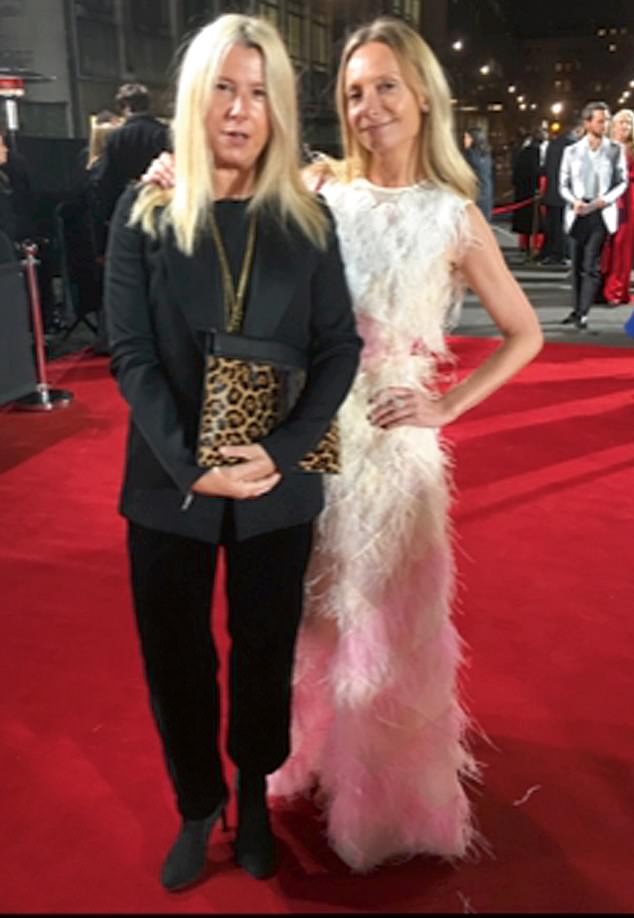 Natalie at the Fashion Awards red carpet with stylist Martha Ward. She recalls her life on the catwalk as one of fashion’s most prolific PRs

Your PR ensures your clothes are featured in magazines and online. They send garments to influencers, celebrities and, shamelessly, to maître d’s to ensure reservations. Meaningful quotes attributed to you (that your PR wrote) on the trend for lemon leggings are featured in newspaper articles. They write press releases announcing your new collaboration with a hair removal brand and make it sound stylish. They organise dinners to celebrate the arrival of your new partnership with a hosiery brand and gift everyone a pair of socks. They take you out for breakfast with retailers, lunch with editors, they stroke your hair and your ego and beg you to include pink mohair in your next collection because they’ve heard it’s going to be the next big thing.

When Elspeth turned up at the doors of Brower Lewis PR, the agency I owned with my friend Tracy Brower, we knew we had hit the jackpot. Lilac bell-sleeve lace shirts that needed promoting? It’s what we’ve always dreamt of! A place in our Central London showroom for thruppence a month and a clothing allowance? Of course we can! Need us to work 16-hour days so you can shout at us because you weren’t featured in Elle? No problem! I’m not being specific to Elspeth. She’s just one character in the story of the life of a fashion PR agency and I adored her.

But to arrive at the moment when Naomi Campbell hit the catwalk in that shimmering dress took a harsh six months. It’s a tale of finding the financing – sponsorship falls under a PR’s remit. And a venue – location scouting is down to the PR. Securing a stylist? Ask the PR. Getting someone to do the music – humming obscure new ‘sounds’ is also the responsibility of the PR. Cajoling a model casting director to take the show on also apparently falls under the umbrella remit of public relations. All of that is before you’ve even negotiated with a producer to oversee the show, worked on invitations and the photographer’s rostrum, including fights over whose lens has the best position. And the most dreaded of all ‒ the seating plan. Only a fashion PR can persuade someone in five-inch heels and an outfit they’ve planned for a week that standing at the back is a privilege ‒ it’s a masterclass in negotiation.

I’ve been screamed at and accused of having an acorn-sized brain (in print) by a columnist I wouldn’t give access to at a show in New York. I’ve been pushed, shoved, hugged, air-kissed and, worst of all, ignored. I once overheard Tracy and I described as the ‘pretty brunette’ and the ‘heavier blonde’ (no prizes for guessing who was who) and pretended not to care.

But when the lights go down, the music is turned up and the show begins ‒ and the pictures are in the morning papers ‒ all the pain is forgotten. Which is why you do it again. And again. Not with the same designer, though. Oh no. After about eight show seasons their light finally dims because some new hotshot has arrived on the scene. The designer will want off the hamster wheel and decide they don’t need a PR any more.

It’s a timely move as the PR agency will have just taken on that newest designer straight out of Central Saint Martins, triumphantly accepting a retainer fee of a pencil skirt a month. Besides, they’re busy finding a venue for a show that truly reflects their new star designer’s inspiration ‒ the pearlised teapot their great aunt found at a car-boot sale. Pearlised location with a capacity for 300? A front-row seat for Great Auntie Jean and her best friend Helena? ‘Delighted to deal with all of that!’ the PR will exclaim, reaching for the mini rolls.

‘AGT’ Preview: A Comedian With Cerebral Palsy Is A Hit With The Judges — Watch

Matt Dillon to Be Honored With Locarno Lifetime Achievement Award