Defending his turf. Machine Gun Kelly responded after a tour bus was vandalized during his recent stop in Nebraska — and he didn’t hold back.

“Couldn’t even do the right crime smh,” the 32-year-old musician captioned Instagram Story footage on Thursday, August 4, while sitting in bed and shaking his head.

In the video, the Big Time Adolescence star added, “You’re so dumb. You spray painted a bus thinking it was my bus … wrong bus, you f–king idiot. Do the first part of the crime right.” 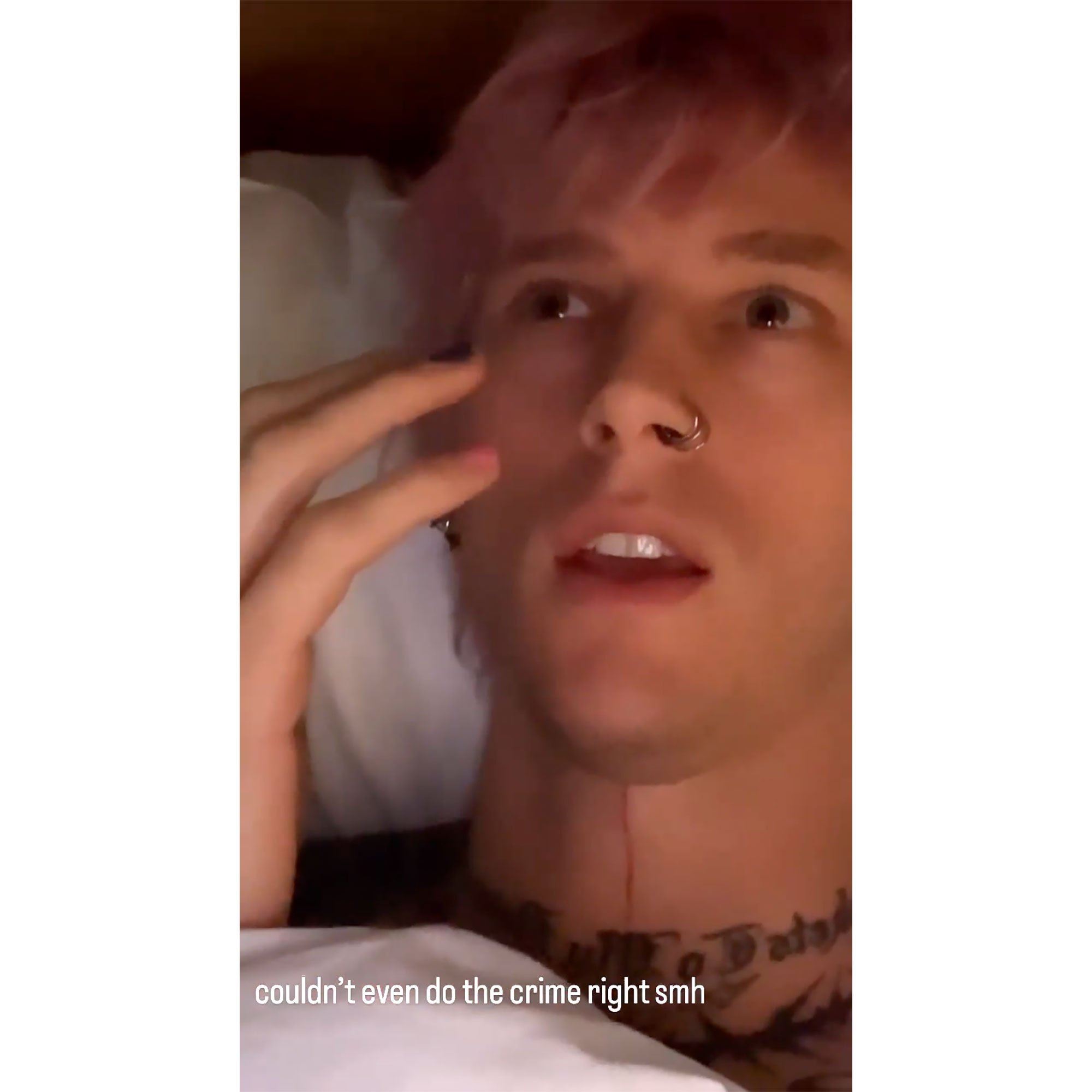 Kelly continued to fire off insults at the alleged perpetrator, explaining, “I was by the buses until 4:30 in the morning, which means you waited until 5 a.m. to spray paint a dick. You could have been at home cuddling with your partner [or] doing something, but instead you were like, ‘God dammit, I just wish he would go up to his hotel room so I could spray paint this dick.’ … You suck.”

The “My Ex’s Best Friend” singer laughed as he noted that the graffiti was washed off of the vehicle “before I even saw it.” In another caption, he wrote, “But y’all never say or do any of this s–t to my face.”

Authorities were alerted of the vandalism outside The Farnam Hotel in Omaha, Nebraska, earlier on Thursday, according to local news outlet KETV. Kelly was in town for a gig at the CHI Health Center Arena as his Mainstream Sellout tour continues, appearing with special guest Willow Smith. No suspects have been reported at this time. 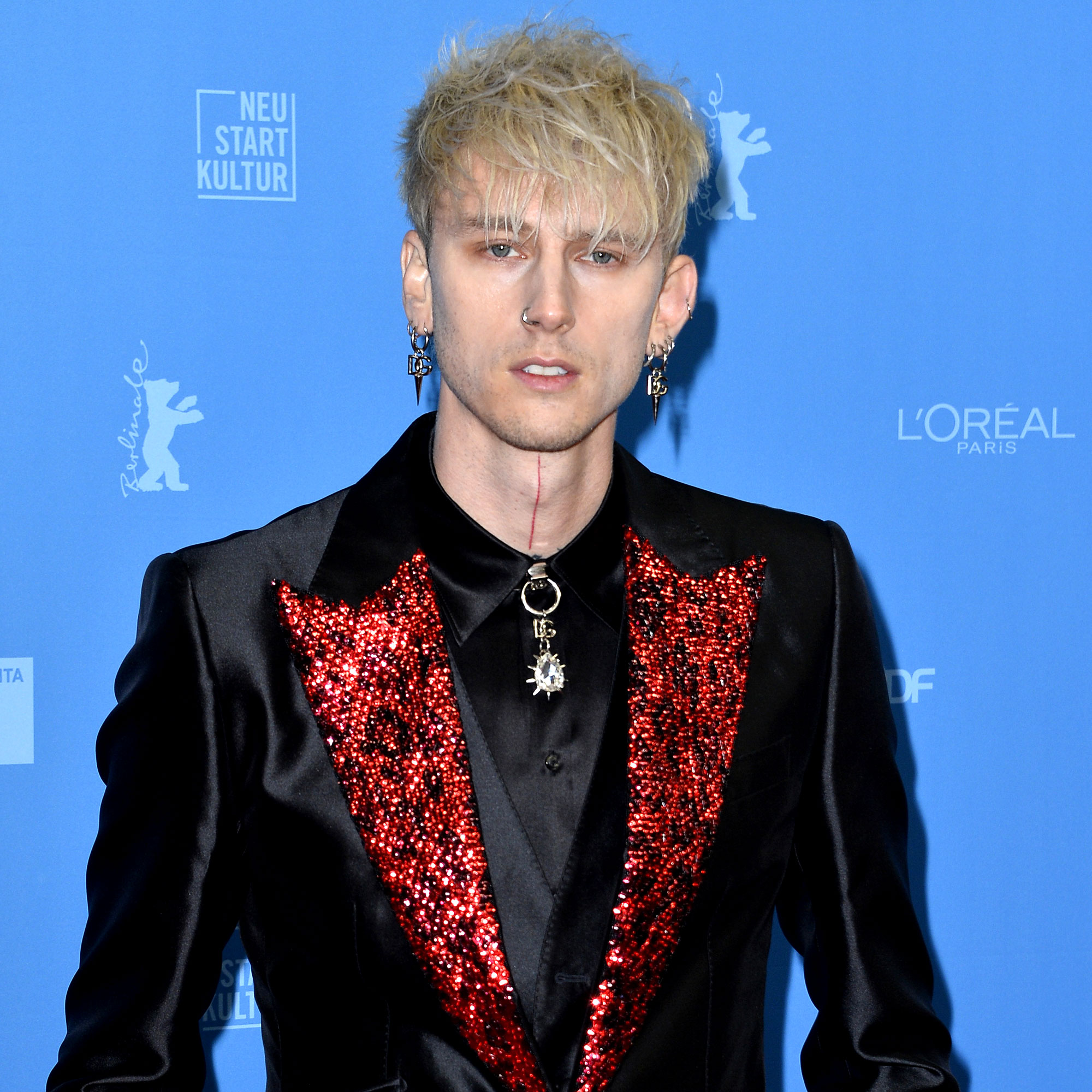 The “Twin Flame” artist kicked off his tour earlier this summer, putting on a memorable performance at Madison Square Garden in New York City with Travis Barker‘s son, Landon Barker. Following the June concert, Kelly celebrated his achievement with an afterparty at Catch Steak — and the bash took an unexpected turn.

“I don’t give a f–k, bro. I don’t give a s–t,” the Texas native said in an Instagram Story video he shared during the wild night out. As he gave his speech, Kelly stood on a table and hit himself over the head with a champagne glass, instantly causing blood to gush on his face. He proceeded to sing one of his most popular tunes despite concerned gasps from partygoers.

Days after the video went viral, the Life in Pink star gave more insight into the incident. “You know when you clink a champagne glass with a fork to kind of [get people’s attention]? Yeah, well, I didn’t have a fork,” he said during an appearance on Late Night With Seth Meyers in June. “So I just clinked it on my head. … I feel like s–t.”

'90 Day Fiancé': Jess Invites Colt to Meet Her Family in Brazil in a New 'Happily Ever After' Sneak Peek