The controversial boss of an Indigenous education venture that receives millions in taxpayer dollars has been suspended on paid leave for more than six months while an internal inquiry into her behaviour remains unresolved and the most senior staff members abandon the organisation.

Employees are continuing to desert Good to Great Schools Australia, an organisation that receives federal government funding to run literacy programs in remote Australian schools and has been reeling since revelations in February that chief executive Bernardine Denigan regularly bullied and humiliated staff in the workplace, leading to alarming levels of turnover and compromising its operations. 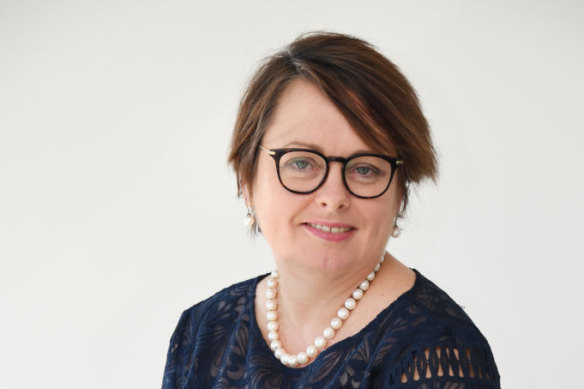 Up to half the employees comprising the 40-person organisation – founded and co-chaired by prominent Indigenous leader Noel Pearson – have left since Denigan was stood down during an internal inquiry that was launched following The Sydney Morning Herald and The Age investigation earlier this year.

It was plunged into further crisis this week when the chief operating officer, who has been the acting CEO since February, quit amid prolonged uncertainty about whether Denigan would be kept on at the organisation.

Several staff in other central roles are also set to leave. In an escalation of the turmoil facing GGSA, the board has now installed Pearson as its acting chief executive.

The latest developments raise questions over the viability of the organisation, as they leave a vacuum of key employees who have knowledge of the non-profit’s core operations and oversee how $10.8 million in taxpayer grants will be spent over the next three years.

But the federal government’s funding for GGSA is nevertheless set to continue until 2025, an education department spokesperson confirmed. 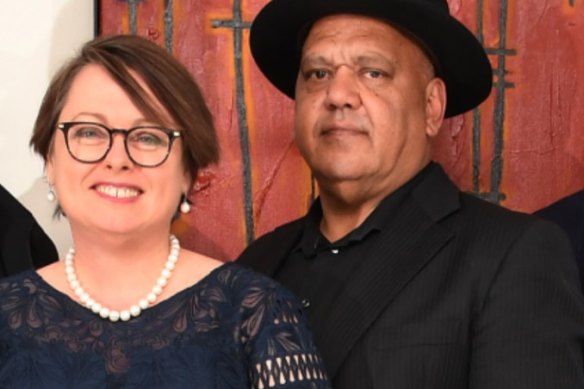 This masthead in February reported claims from more than 45 current and former staff members who said the organisation “wasn’t accomplishing anything for Indigenous children” because staff were continually leaving due to Denigan’s behaviour, which included yelling, name-calling and belittling employees in front of their colleagues.

One former employee, in a written complaint to the board, described “verbal abuse, employee humiliation and victimisation so blatant and so severe I had not imagined it possible in the modern workplace”, while an internal staffing document showed GGSA hired at least 135 employees between 2018 and 2021 who had since departed.

Senior managers demanded Denigan be investigated over the allegations, and an internal review has been ongoing since. However, each of the six key managers who escalated their concerns also quit the organisation in the past six months.

Meanwhile, several employees who have worked at GGSA during the inquiry say Denigan has not met her agreement to undertake “limited duties” and was still regularly liaising with staff and involved in the organisation’s operations.

A spokesperson for GGSA did not respond to those claims but said the inquiry had “undoubtedly been challenging for all involved”.

“The staff and management have done an excellent job in delivering continued services in a professional manner,” they said.

“The Board of GGSA understands that communicating the outcomes of the inquiry with our staff and stakeholders as soon as they come to hand will be important. We are hopeful that the board will receive the recommendations from the independent investigator as soon as possible,” they said.

“GGSA is determined that everyone gets a fair hearing. While it is important that this inquiry is done as quickly as possible, it is also important that it is done thoroughly with the principle of fairness at front of mind.

“While the investigation is ongoing the CEO remains a salaried member of the GGSA staff.”

A spokesperson for the federal education department said there had been no changes to the funding arrangement for GGSA’s new program, which launched at the beginning of this year, with the election of a Labor government.

Asked whether the department had taken any steps to investigate the issues at GGSA itself, the spokesperson said: “The Department of Education has been assured by GGSA that the allegations and investigation would not impact on the delivery of the program.

“Issues relating to the internal operation of GGSA are a matter for GGSA.”

This masthead previously revealed that the department had advised former Liberal education minister Dan Tehan to cease funding for the organisation back in 2019, but it nonetheless received more money.

GGSA’s most recent financial statement said it relied on government funding for its operations.

“Should future government funding be significantly reduced or curtailed, the company would be unlikely to be able to continue its operations at current levels,” the statement said.

The organisation in May told staff that “the media articles in February and early March 2022, subsequent investigation and the significant knock-on effect” had limited its ability to secure additional funding for its 2022 budget.

Meghan Markle Gave Baby Shower Guests This Sweater: Does It Confirm She's Having a Boy?

The Euphoria finale gave us something new: closure