Victoria’s anti-corruption watchdog has obtained a last-minute interim injunction to prevent The Age from publishing details of what IBAC described as a previously unreported investigation.

The Independent Broad-based Anti-corruption Commission made a hurried, after-hours application for the gag order to the Supreme Court of Victoria on Wednesday evening, where The Age was not legally represented. 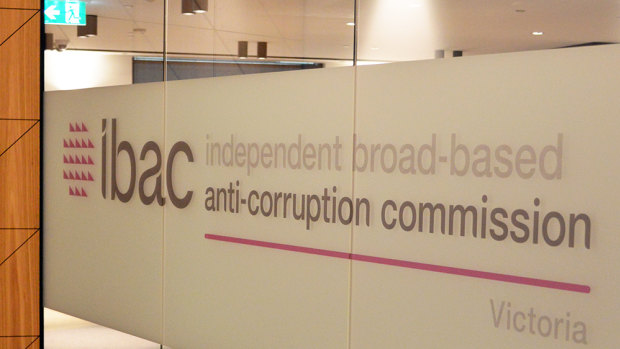 IBAC applied for the injunction after The Age’s political reporter Paul Sakkal put detailed questions on Wednesday morning to several individuals. The injunction prevents The Age from publishing any “information derived from a proposed report of IBAC.”

Barrister Emrys Nekvapil, acting for the commission, told the court his client had circulated confidential draft findings from its investigation to individuals involved so they could comment before a final report was publicly released.

“My client, as far as it’s been able to work out today, anticipates that somehow in the process of providing that draft report to persons for that purpose … one or more of those persons must have then passed on the report, or at least read out or conveyed information from that report … to a journalist at The Age,” he alleged.

Nekvapil told Justice Greg Garde that IBAC was tipped off about the impending story by one of the parties The Age contacted for a right of reply prior to publication. He did not name the party, nor any other person involved, and indicated that if he was required by the judge to do so he might need to apply for a suppression order.

The Age’s acting editor Michael Bachelard said stories involving IBAC were clearly in the public interest in the lead up to the Victorian election.

“We will be vigorously contesting this injunction,” Bachelard said.

The IBAC Act prevents individuals given a draft report of an investigation from disclosing any information it contains.

Nekvapil argued that The Age’s story may have been based on information obtained from an individual bound by that obligation in the Act.

He said he would attempt to prevent the publication of information contained in any proposed report on the grounds that the source of the material was legally bound to confidentiality.

Nekvapil said that, “unlike some recent examples … the present [anti-corruption] operation has not been the subject of any public knowledge to date.”

Justice Garde granted the interim injunction at 6.45pm. The case will return to court on Thursday.

Under the IBAC Act, a person who is sent a copy of a draft report is prohibited from disclosing information contained in that report. The offence is punishable by 12 months’ imprisonment, a fine of $22,190, or both.