"So recently the only change is the bangs. I didn't know I had to do a running list."

It seems that every time Khloé Kardashian tries anything different with her style or look she faces new comments about her changing appearance over the years. This time it was bangs and this time Khloé clapped back.

“The Kardashians” star took to her Instagram on Tuesday to show off the clip-on bangs she used to try out the new look for a Sorbet magazine cover shoot, and immediately got slammed with a comment that didn’t sit right with her at all. 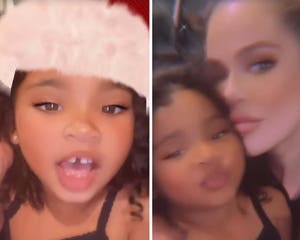 In her caption of the share, which featured three gorgeous snaps of the reality star in a gold skirt and white crop top, Khloé made the comment that she was surprised she liked the bangs “even though they changed the shape of my face.”

That caption got a sarcastic response from several fans, with one reportedly commenting, “Ohhh it was the bangs that changed your face so much in these pics?” The initial comment, and thus any responses to it, appear to have been deleted, but multiple media outlets have reported on it, including inTouch Weekly.

Now, it’s certainly possible the fan comment was referring to the Kardashians tendency to digitally tweak some of their photos, but it was more likely they were talking about ongoing rumors that Khloé has had extensive cosmetic surgery.

Regardless of the commenters unclear intent, that’s the way Khloé took it and so that’s the way she responded, replying, “I openly talk about my nose job and anyone who ‘looks up’ to me must know I’ve lost over 60 pounds over the years.” 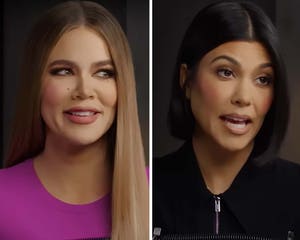 “So recently the only change is the bangs,” the reality star continued. “I didn’t know I had to do a running list.”

And she wasn’t done yet, taking the opportunity to chastise all those who feel the need to lash out at her — and others — so much on social media.

“Either way, attacking someone is sad in my opinion. Unprovoked is the saddest part,” she continued. “If you are offended or don’t like what you see, you simply don’t have to say anything.”

“I hope you have a great first week of the new year. Thanks for making mine so jolly.” She then added one more barb directly to the original commenter, noting, “Women attacking other women is lame. Happy new year.” 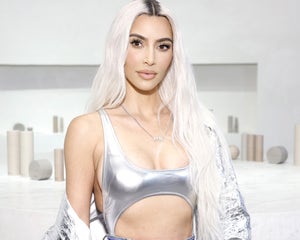 Back in June 2021, Khloé spoke about all the plastic surgery speculation during the final “Keeping Up with the Kardashians” reunion special before the family moved their reality television empire from E! to Netflix.

She explained that she lost her confidence after that original show started way back in 2007 and the public started criticizing her appearance and comparing her negatively to sisters Kim and Kourtney.

“That’s when I became hard on myself because I was like, ‘Oh, this is how other people perceived me,'” Khloé shared. “I became insecure because of everyone else telling me.”

“For me, everyone says, ‘Oh my gosh, she’s had her third face transplant,’ but I’ve had one nose job,” Khloé told host Andy Cohen. “And everyone gets so upset, like, why don’t I talk about it. No one’s ever asked me.” She also admitted to trying injections, but said she’d “responded horribly to Botox.”

You can check out more shots from the shoot — and the cover — below.

Squirrel in Colorado tests positive for the bubonic plague

Asda is selling two tubs of Christmas chocs for £7 – including Celebrations, Heroes and Quality Streets