The National Disability Insurance Agency overestimated the future cost of the NDIS by more than $15 billion over just three years from 2017-18 to 2019-20, according to new figures released by the agency that suggest the future cost might not be as severe as projected.

On Wednesday, the agency for the first time published previously secret Annual Financial Sustainability reports that show how the projected future cost of the National Disability Insurance Scheme has changed over time. 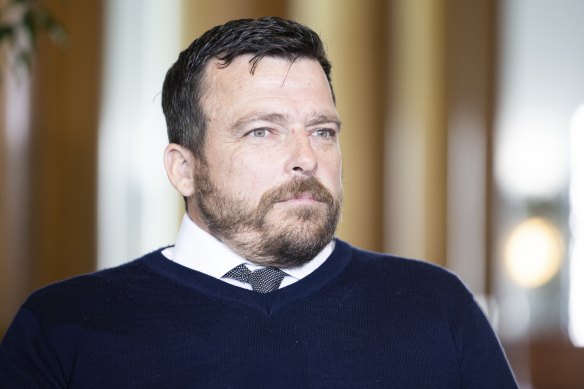 The fact the projections consistently overestimated the future annual cost of the NDIS when looking more than two years in the future calls into question warnings from the former Morrison government and the current government about the cost of the scheme.

The historical reports also suggest that while the cost of the NDIS – which is the second most expensive item in the federal budget – is significant and rising, the projected cost could be overestimated.

NDIS minister Bill Shorten announced in September a plan to blitz the backlog of thousands of legal appeals brought to the Administrative Appeals Tribunal by people over cuts to their disability funding packages.

Labor’s first budget forecast the NDIS would cost $166.6 billion over the next four years, with costs to reach $50 billion for the year 2025-26 and potentially reach an annual cost of up to $100 billion in the medium term.

Last month, Shorten announced a review of the scheme designed to restore trust in the scheme and slash waste.

The terms of reference for the review, which will be co-chaired by scheme architect Bruce Bonyhady and former Education Department secretary Lisa Paul, also specifically require the pair to look at the “reasons for ongoing significant upward revision of costs”.

The NDIA prepares an Annual Financial Sustainability report for government that projects the future cost of the scheme. Last year it was released publicly for the first time, and now the full history of the NDIA’s actuary forecasts and projections have been released, a decision taken by new NDIA chief executive Rebecca Falkingham, chairman Kurt Fearnley and the agency’s board to improve transparency around the scheme.

The documents show projections did become more accurate, for the most part, as the gap between the year the forecast was made and the spending year narrowed.

The 2020-21 projections – the first to be publicly released – have proven to be the most accurate to date, but did not include projections about the growing cost of the scheme beyond three years in the future.

Chaka Khan Hated Kanye West Sampling 'Through the Fire': 'It Was an Insult'