A damning report into the workplace culture of Australia’s leading orchestra has found “unacceptable rates of harmful behaviour” exists within the cultural organisation, with bullying, sexual harassment and sexism the “lived experiences” of many musicians and staff.

Almost half of 76 staff surveyed by leading workplace consultant Elizabeth Broderick including musicians of the Sydney Symphony Orchestra had experienced some form of bullying, one quarter in the last 12 months. 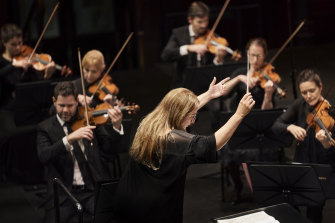 Very few formally reported incidents of inappropriate behaviour, with almost 40 per cent of respondents saying they did not feel safe in speaking up.

The figures are included in a summary of Broderick’s findings that were circulated to the SSO’s council members on Wednesday, part of which has been obtained by The Sydney Morning Herald.

The chair of the SSO’s board, Geoff Wilson, and interim CEO Craig Whitehead accepted all recommendations and recognised that systems for reporting inappropriate behaviour needed improvement.

“We see this review as a catalyst for real and positive change,” they said in the report, adding the work had begun: “We are committed to creating a vibrant, professional and respectful workplace where each of our people can thrive and have a voice.”

A series of training workshops on respectful workplace behaviour for all staff will be introduced this year as well as regular team surveys. 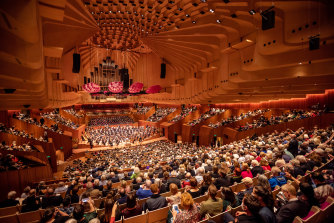 The findings come just weeks after the SSO made a triumphant return to the refurbished and acoustically enhanced Sydney Opera House Concert Hall, with its new chief conductor Simone Young at the helm.

Former CEO Emma Dunch has cited the Broderick review in an unfair dismissal claim she has filed against the SSO and its chair.

She claims to have been terminated in December after she had acted against a musician last year accused of sexual assault, a case now before the courts, and hired Broderick to review the SSO’s culture.

Her unfair dismissal case is up for mediation this month. At the time of her sacking, she claimed she had been the victim of a political “hit job”.

It was this parting allegation, rather than the dismissal itself, that the SSO contends damaged Dunch’s own professional reputation and career prospects, according to court documents.

In the Broderick report Wilson and Whitehead noted there was great pride in the role its people played in contributing to the SSO, combined with a great passion for the institution and a desire to be part of its future.

They also acknowledged a strong appetite for cultural change, recognising that the SSO needs to evolve and modernise its culture. “Our people believe now is an opportune time for us to review and refocus.”

“For many, the hierarchical nature of our Orchestra, the long average tenure of musicians and the overriding view that the orchestra is more like a family than a workplace, creates an environment that while strong, many don’t see as being bound by workplace policies and legislation, and may not support psychological safety for all,” they said.

“Others perceive a skills gap in leading and managing people in both the administration and the Orchestra. There are skills that can be learnt.

“There was evidence of cultural division within the organisation between musicians and administrators that created a sense of isolation and a lack of belonging and inclusion. We acknowledge that the survey found unacceptable rates of harmful behaviour across the company, not just within any specific cohort.”

'Miss Juneteenth' Is a Celebration of Phenomenal Black Women

Kaci Makes a Huge Realization About Evan on ‘Temptation Island’