Made you look! People share the most perfectly-timed snaps that will trick your eyes – including woman who looks like she has the face of a parrot

A great snap is all about getting the perfect timing – and these photos demonstrate this so well.

People from around the world have been sharing  the most bizarre snaps online, with viral site Bored Panda collating the most shocking into an interesting gallery.

In one photograph, a woman looked half parrot and half human in a brilliant optical illusion.

Another person looked like she was  chatting to the grim reaper on her balcony as she shook out a blanket. 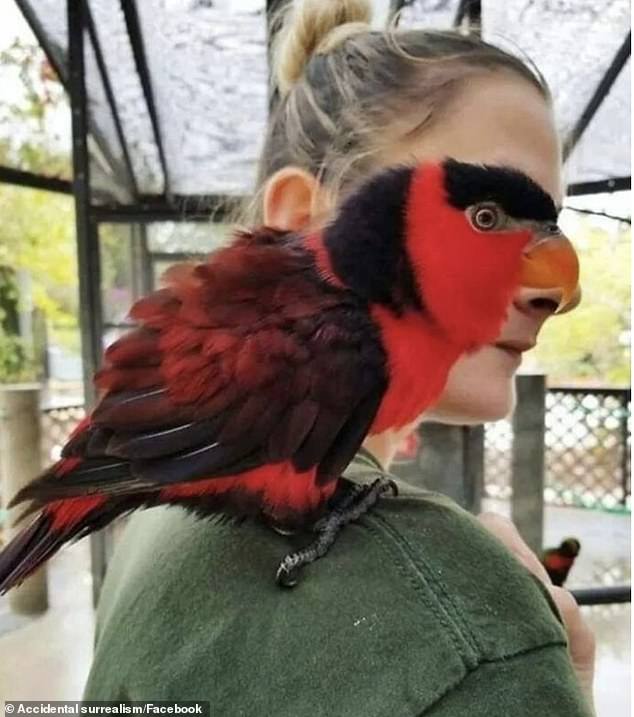 Bored Panda collated the most bizarre snaps that will trick your eyes into an interesting gallery, including a woman, thought to be from the US, who looks half parrot, half human, in a brilliant optical illusion 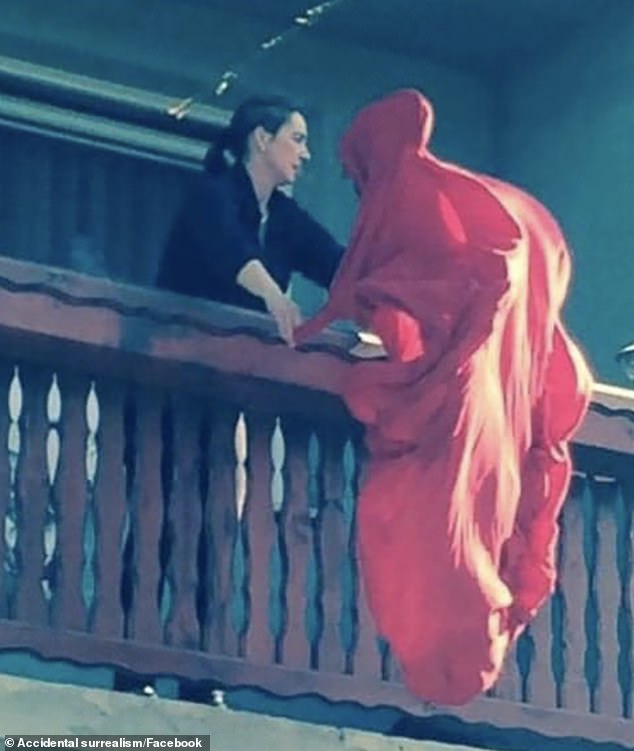 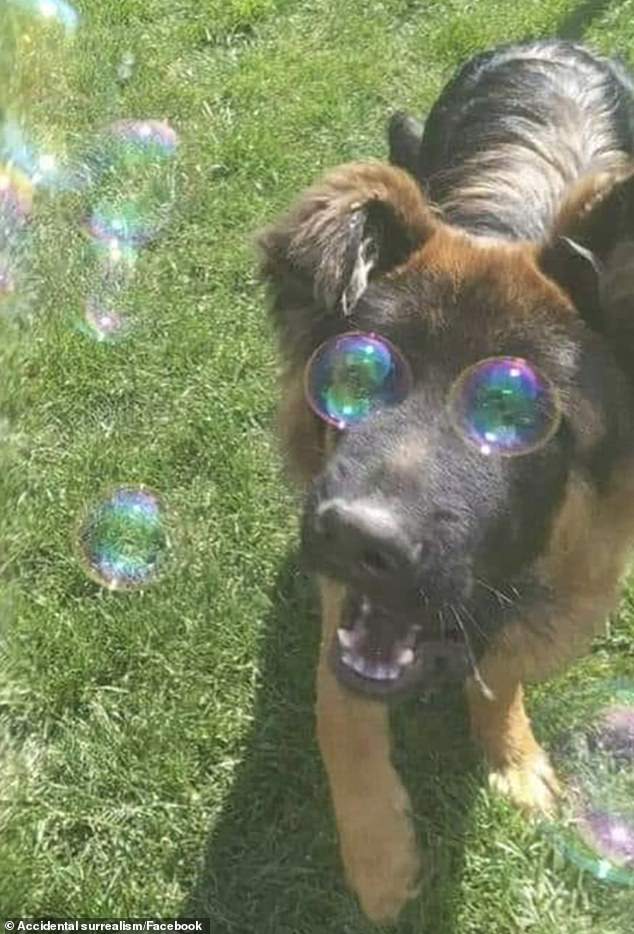 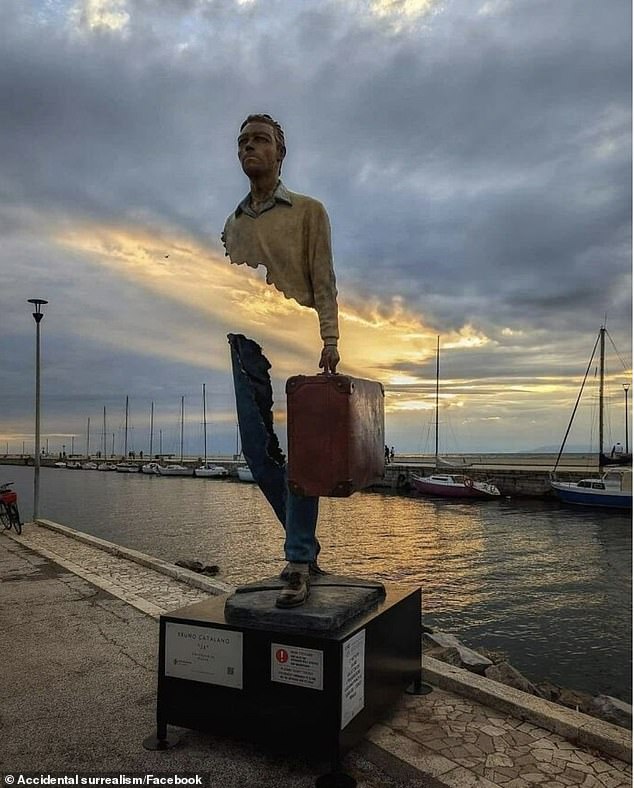 This perfectly timed photograph, from Viareggio, Italy, captured a sunbeam going through a fragmented sculpture by Bruno Catalano 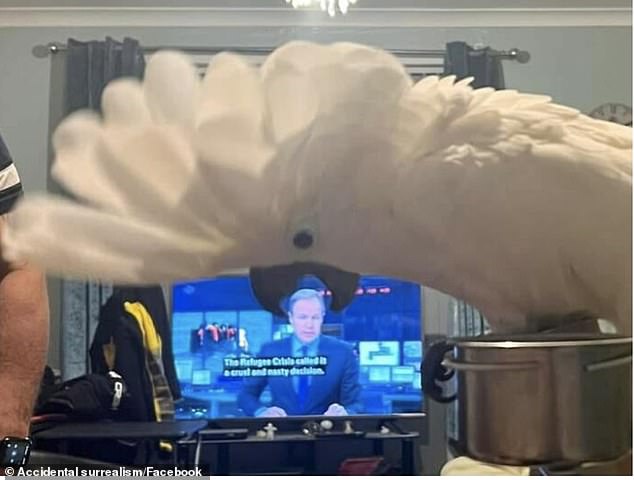 This news reader was easy pray for this bird in this perfectly-timed snap, taken in the UK, which looks like the pet is holding the presenters head in his mouth 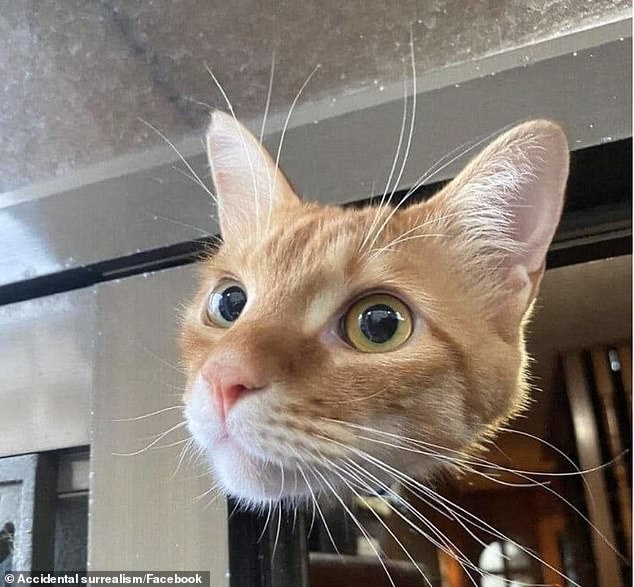 This bizarre snap gives the optical illusion that this cat has no body, however it’s not clear how it has happened 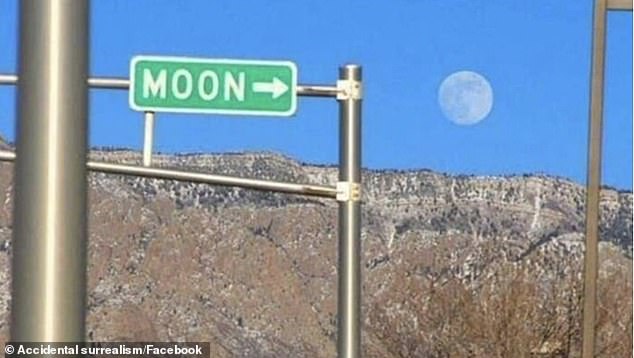 This person, from Albuquerque, New Mexico, got so lucky with timing the direction of this street sign with the moon’s appearance perfectly 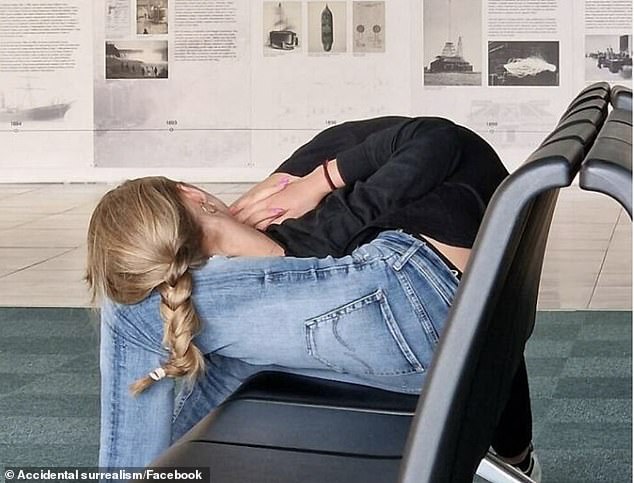 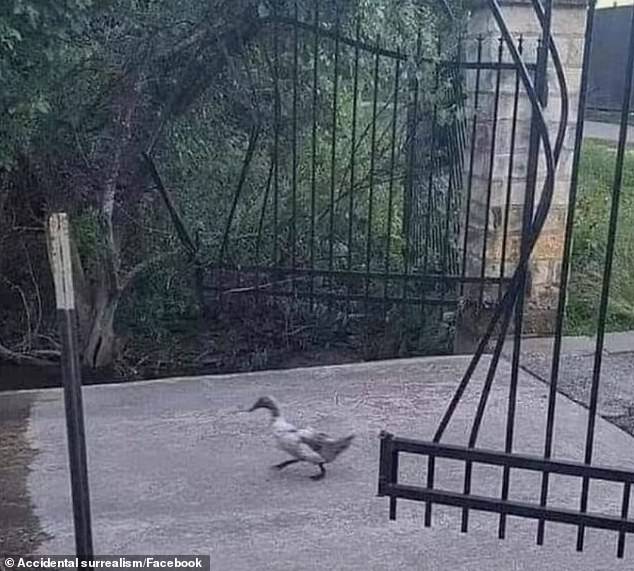 Never underestimate the power of a duck! The cute animal looks like he managed to break through these steel gates 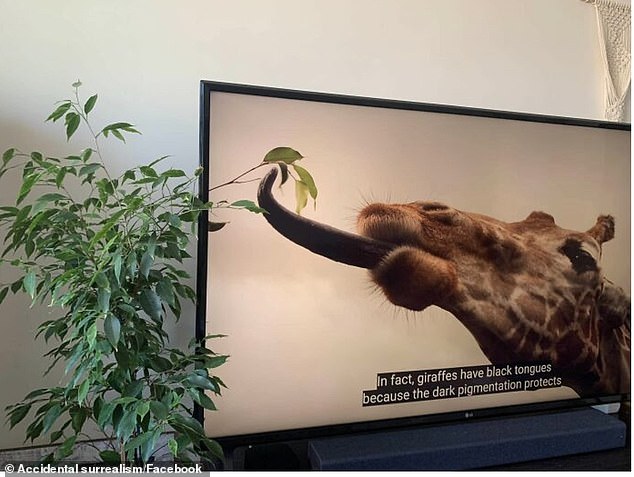 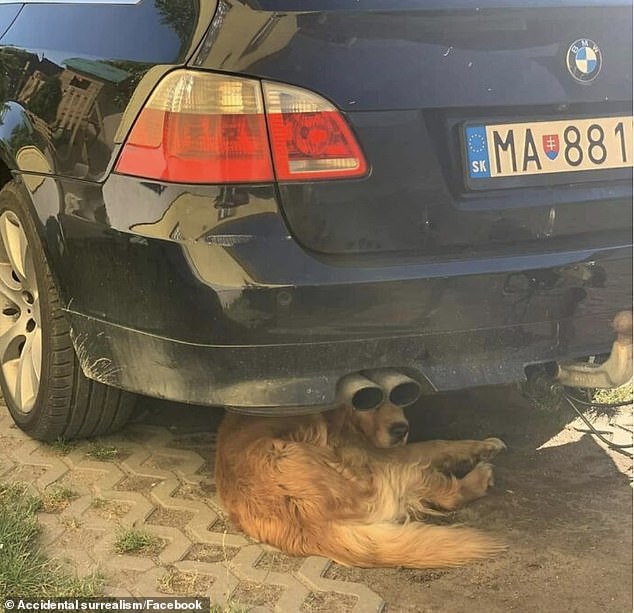 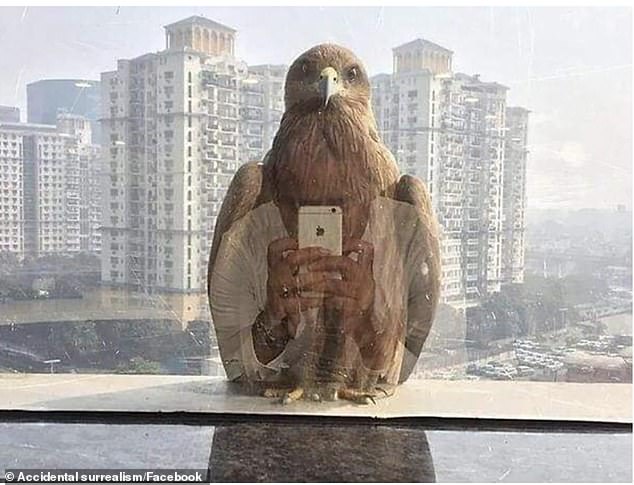 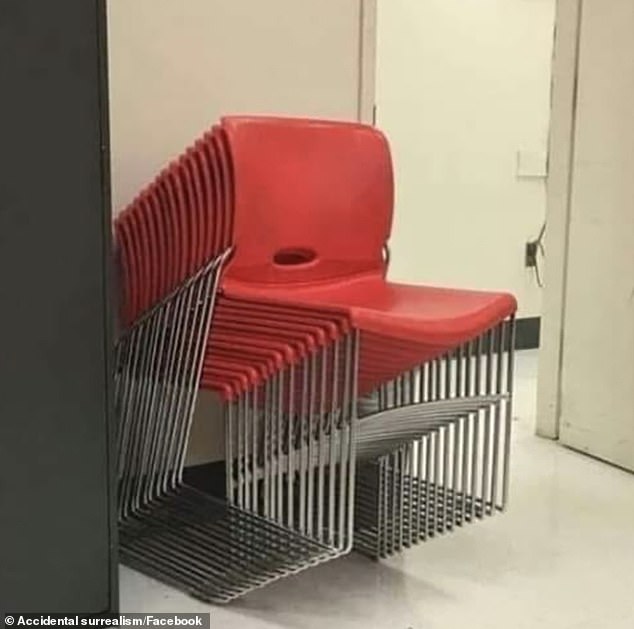 This snap will trick your eyes, no matter how much you look at it, it’s hard to figure out how these chair are stacked like that