Matt Tebbutt made a return on Saturday with his BBC cooking show, Saturday Kitchen. The programme aired at 10am on BBC Two, instead of its usual place on BBC One, to make way for King Charles’ proclamation. Matt and his guests all wore black outfits to show their respect to the Queen after her death on Thursday. However, some viewers were left baffled when they noticed chef Adam Byatt was wearing a dark blue shirt, instead of black.

User @BuryRmn added: “@SaturdayKitchen Adam Byatt in a blue shirt and everyone else in black?”

“Not sure what your point is?” user @Itswayoverthere replied defending the guest chef. 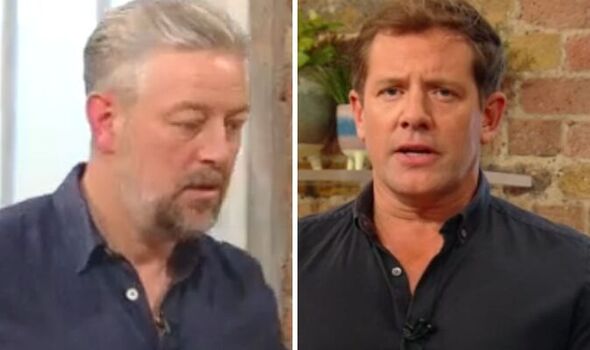 Lockiebaws added: “Adam Byatt looks like he’s bored to tears on #saturdaykitchen he’s as dry as old boots and no banter whatsoever, cheer up mate.”

However, @Baddy2shoos1 stepped in to defend the guest chef’s appearance, they said: “Everyone on #SaturdayKitchen wearing black. Well done to that one bloke wearing dark blue! Wear what you b****y want – you can show respect in a multitude of ways. F**k the general public!”

Fans were also left baffled after Emma Willis was missing from the guest line-up.

“Exactly what I was just going to ask,” Alum Thomas replied.

'The Bachelor': Peter Weber Plans on Returning to Chicago to Be With Kelley Flanagan When He's Not Working