A senior US congressman says Australia should not give up hope of purchasing nuclear-powered submarines off-the-shelf from the United States, insisting the strained American shipbuilding industry can rise to the challenge of the AUKUS pact.

Opposition Leader Peter Dutton has called for the Albanese government to buy two Virginia-class submarines from Connecticut to plug a looming capability gap between the retirement of the current Collins-class submarines and the arrival of locally made nuclear-powered submarines in the late 2030s or 2040s. 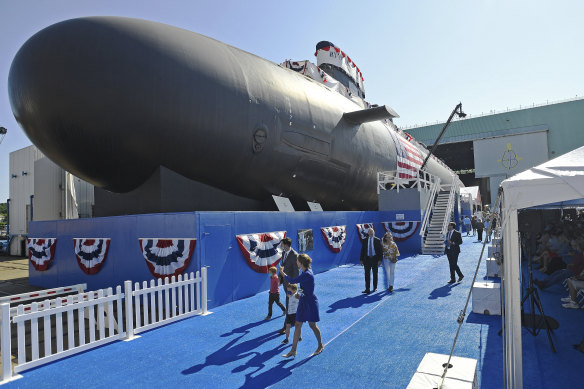 The launch of a US Virginia class submarine at the General Dynamics Electric Boat shipyard in Connecticut. Credit:AP

The idea has been widely dismissed on the grounds American shipbuilding yards are struggling to meet the US Navy’s needs and don’t have capacity to build submarines for Australia.

“There’s been a lot of talk about well, the Australians would just buy a US submarine. That’s not going to happen,” US congressman Rob Wittman, the top Republican on the House of Representatives’ seapower subcommittee, said earlier this month.

But Democratic congressman Joe Courtney, chair of the House seapower subcommittee, repudiated this statement, telling The Sydney Morning Herald and The Age: “I don’t think the notion of purchasing a Virginia [class submarine] is off the table”.

Asked about his Republican colleague’s comments, Courtney said: “I think it’s premature to take that position. I have a lot of respect for Rob, but we should not look at December 2022 as the permanent state of affairs in terms of the industrial base.” 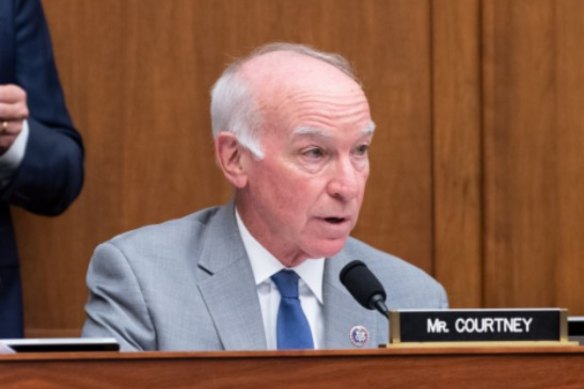 US Congressman Joe Courtney co-chairs the Friends of Australia congressional caucus and is regarded as a top expert on submarines and shipbuilding.

Defence Minister Richard Marles and US ambassador to Australia Caroline Kennedy visited the construction facilities last week during a visit to the US.

Widely regarded as one of the top experts in Congress on submarines and shipbuilding, Courtney is also co-chair of the Friends of Australia caucus.

Courtney acknowledged the US needs to significantly expand its submarine manufacturing capacity in coming years, including by constructing new facilities and hiring new staff.

“But I am very bullish on the fact that if you give shipbuilders a plan that contains a demand signal and the resources, this is not just pie-in-the-sky stuff,” he said.

“Once it’s clear what the government is looking for, I think the industrial base will respond.”

Courtney noted the US was extending the life of its Los Angeles-class nuclear submarines, raising the possibility Australia could lease or purchase a small number of these vessels as an interim measure until local manufacturing begins.

Courtney said Australia could rely on US Defence Secretary Lloyd Austin’s vow last week that the US would not leave Australia with a capability gap.

“Secretary Austin says what he means and means what he says,” Courtney said.

Courtney said there had been much “opinion and speculation” about what type of nuclear-powered submarine Australia will acquire when the Albanese government makes its “big reveal” in March.

While some commentators still doubt the promise of nuclear-powered submarines will become reality, Courtney said: “I hear from folks in the Navy that people are feeling good about the process.

“The outcome will rise to the intent of AUKUS when it was announced in September 2021.”

A significant amount of legislative work needs to be done next year on technology transfer and export controls to ensure the nuclear-powered submarine technology can be delivered as quickly as possible, he said.

‘Below Deck’ Cast Through the Years: A Guide to Who’s Dated Who